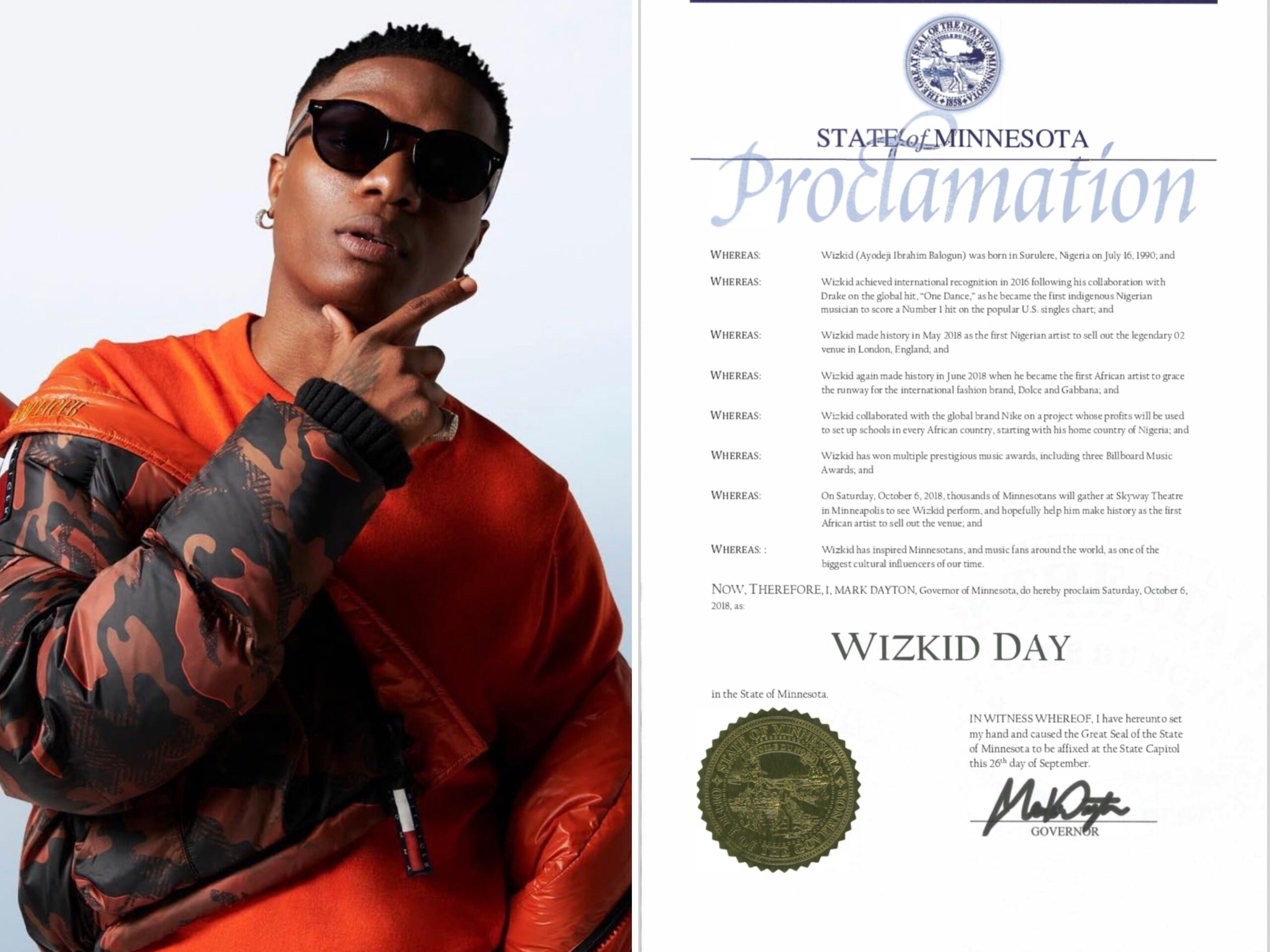 Although the Starboy, as he is fondly called was born on July 16, 1990, he is celebrated every October 6, thanks to a former governor of Minnesota, Mark Dayton, who proclaimed the date ‘Wizkid Day’ in 2018.

According to the document, which was officially signed, stamped and sealed by the former governor during his tenure, the reason behind the declaration was to honour Wizkid for his laudable achievements in music and for his role as a culture influencer. 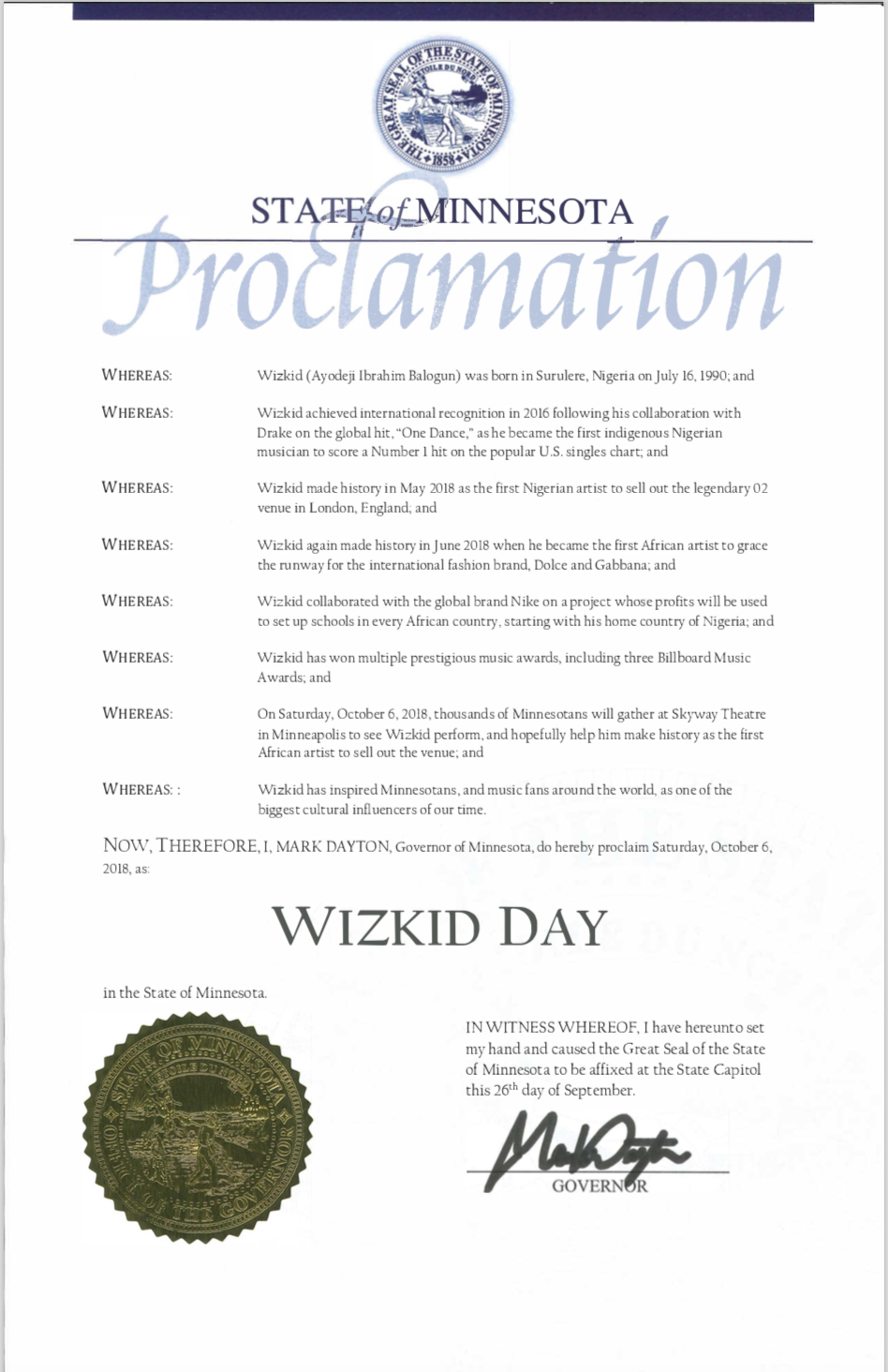 Some of the singer’s achievements as mentioned in the document include being the first African artiste to sell out the Skyway Theatre Minneapolis, making a Billboard number one hit ‘One Dance’ with Drake, selling out O2 Arena London, walking the runway as a model for Dolce and Gabbana, winning countless international awards, among other notable milestone achievements.

Fans have now taken to Twitter to celebrate Big Wiz, with some sharing some of his achievements and others praying for him.

See some celebratory comments below;

OTD (6th of October) in 2018, #Wizkid made history by becoming the first African artiste to perform and sell out Skyway Theatre in Minneapolis, amongst other several historic feats achieved by the King of Afropop across the World. pic.twitter.com/8xROzgPpb3

Wizkid has made breaking records become a norm for him.

Star boy’s Essence is Platinum in the US, selling out the O2 Arena in London in minutes plus having the highest charting Nigerian song on Billboard.

Big Wiz deserves all the hype everyday plus on #WorldWizkidDay

The Minnesota government declared October 6th, Wizkid Day
Some of the records @wizkidayo has broken #WorldWizkidDay

It’s #WorldWizkidDay which is your favorite WizKid body of work!

001 of Africa, The lion king , the fave of their fave, the pacesetter, the living legend, a beautiful soul food, Starboy, agba cooker ‍…. Long live the messiah of Afrobeat #WorldWizkidDay ❤️ pic.twitter.com/S4oXt8gXZY

Wizkid go find me one day
One day
I don dey wait, don’t stay too far away #WorldWizkidDay

This man is not just a music icon, he’s an everyday inspiration, a symbol of hope to hundreds of millions across Africa and the globe. He’s a god in human flesh, with a voice that brings smiles to the faces of millions of people. Happy #WorldWizkidDay pic.twitter.com/cDWwKTuxF2