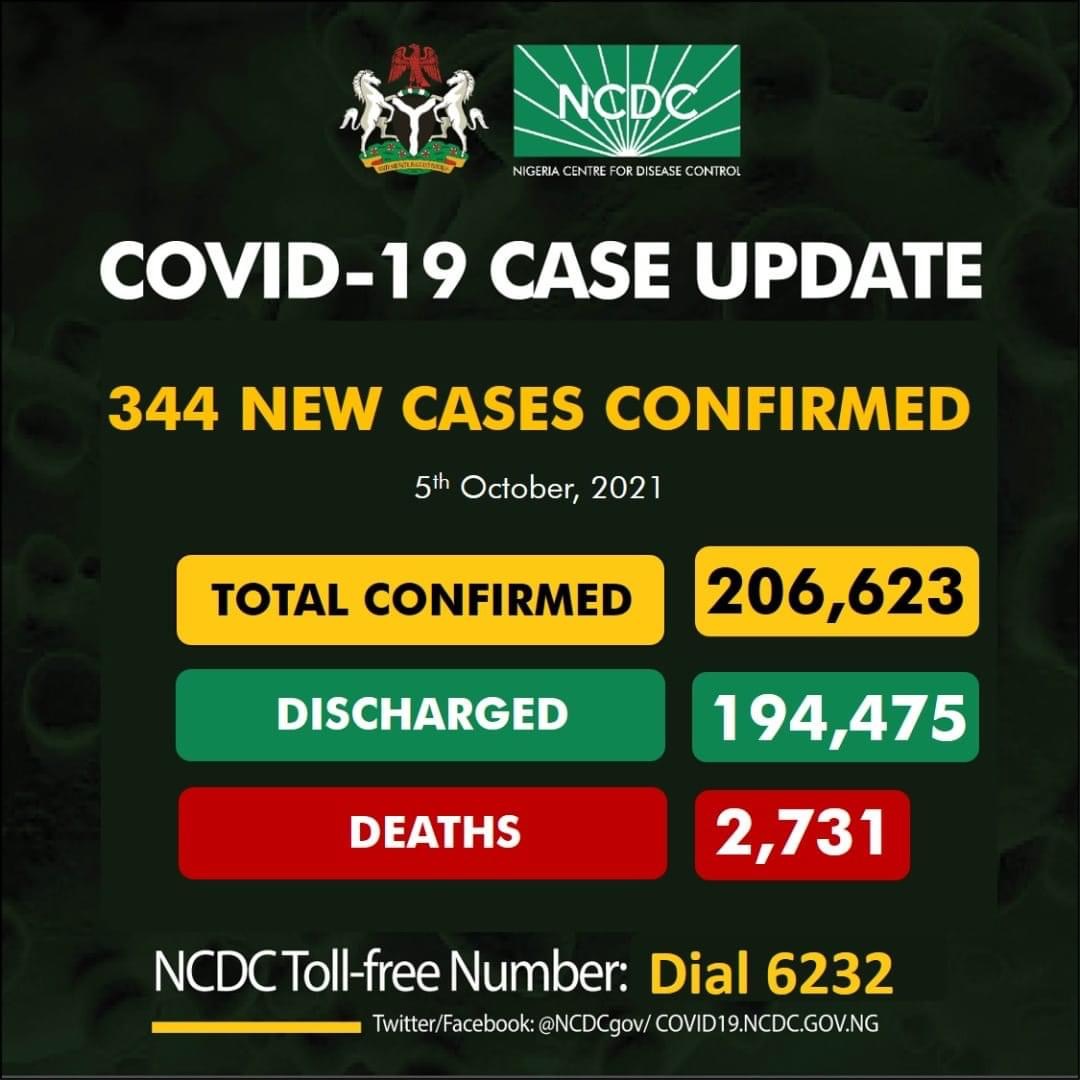 Nigeria Centre for Disease Control (NCDC) has announced the detection of 344 additional cases of COVID-19.

The agency in its update for October 5, 2021, said the new cases were recorded in 18 states and the federal capital territory (FCT).

The agency said eight deaths were recorded on Tuesday, leaving the total number of fatalities at 2,731.

Also, 308 patients recovered from the infection on Tuesday.

In other news, United Nations Children’s Fund (UNICEF) says one in six Nigerian youths developed mental health conditions as a result of restrictions relating to the COVID-19 pandemic.

According to a statement issued on Tuesday, UNICEF said the findings were the result of a survey carried out in 21 countries — including Nigeria.

Meanwhile, Johnson & Johnson says it has submitted data to US Food and Drug Administration for emergency use approval of a booster shot of its COVID-19 vaccine in people aged 18 and above.