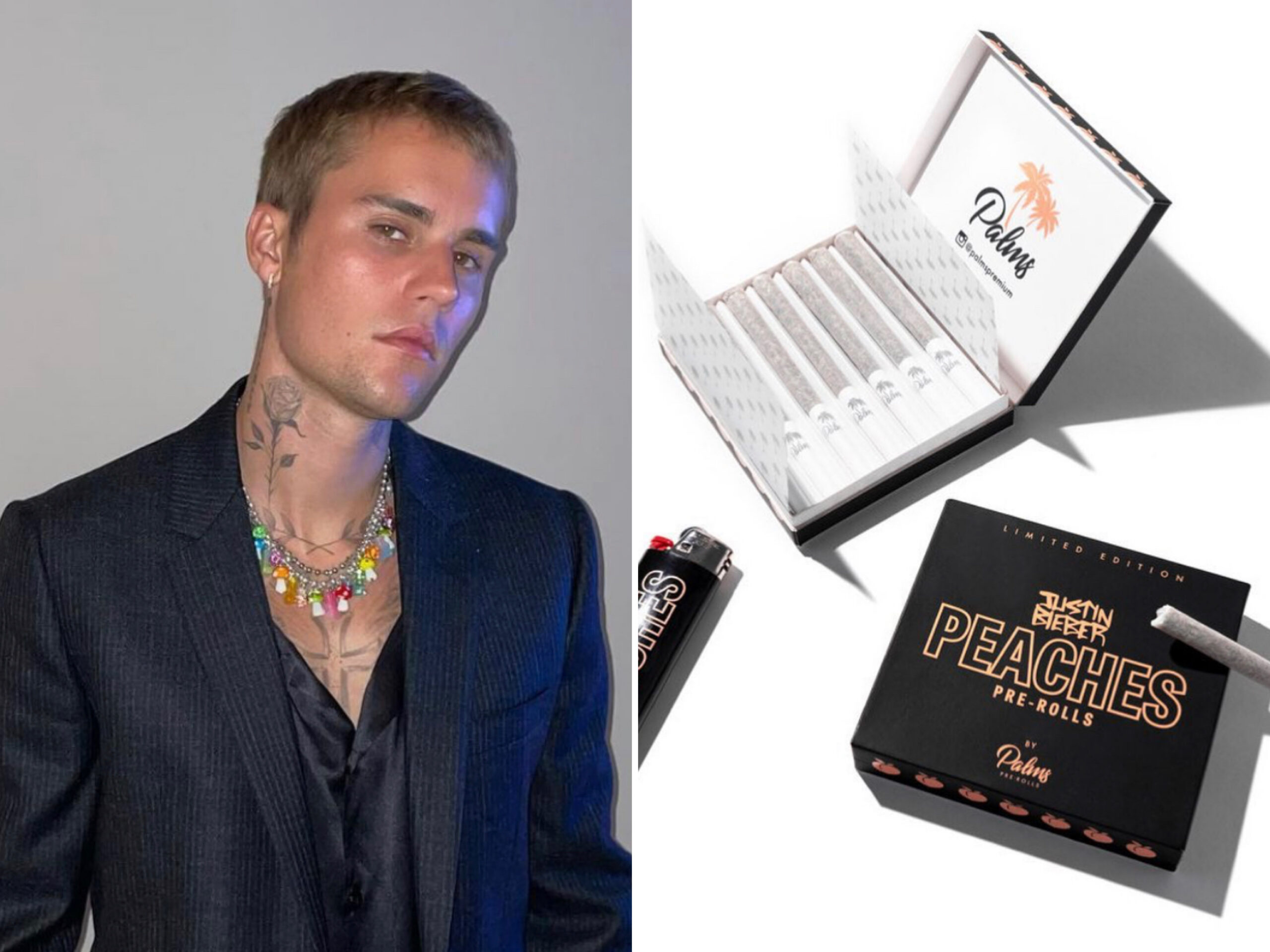 The initiative titled ‘Peaches’ is named after Bieber’s hit song released in March.

Bieber had earlier hinted at the partnership in the song with lyrics such as “I got my peaches out in Georgia/I get my weed from California.”

Palms also broke the news in a post via its Instagram page on Monday, saying the partnership is aimed at addressing the age-long stigma associated with the use of cannabis.

This limited edition line of single strain, indoor flower pre-rolls is rolling out in CA, NV, MA & FL. Our goal is to make cannabis more approachable and help destigmatize its use.

The company said the “high-end” pre-rolls will come in a pack of seven, with a custom Bic lighter and box, both stamped with the word ‘Peaches’.

In collaboration with Justin Bieber, Palms is excited to introduce a high-end line of indoor pre-rolls celebrating Justin’s song, Peaches. Every pack comes with a custom Bic lighter.

According to Bieber, the partnership will help change the narrative about the use of cannabis among young people.

He told Vogue on Monday;

Weed was something that I felt people tried to make me feel bad for enjoying. But I’ve now found a place in my life for weed products that have been beneficial in my human experience.

It is understood that portion of the proceeds from the venture will be donated to Last Prisoner Project, which advocates for criminal justice reform around drug policy.

Part of the proceeds will also be used to support Veterans Walk and Talk, which advocates the medicinal use of cannabis within military veteran communities.

Justin Bieber Decides To End Friendship With Kanye West For…