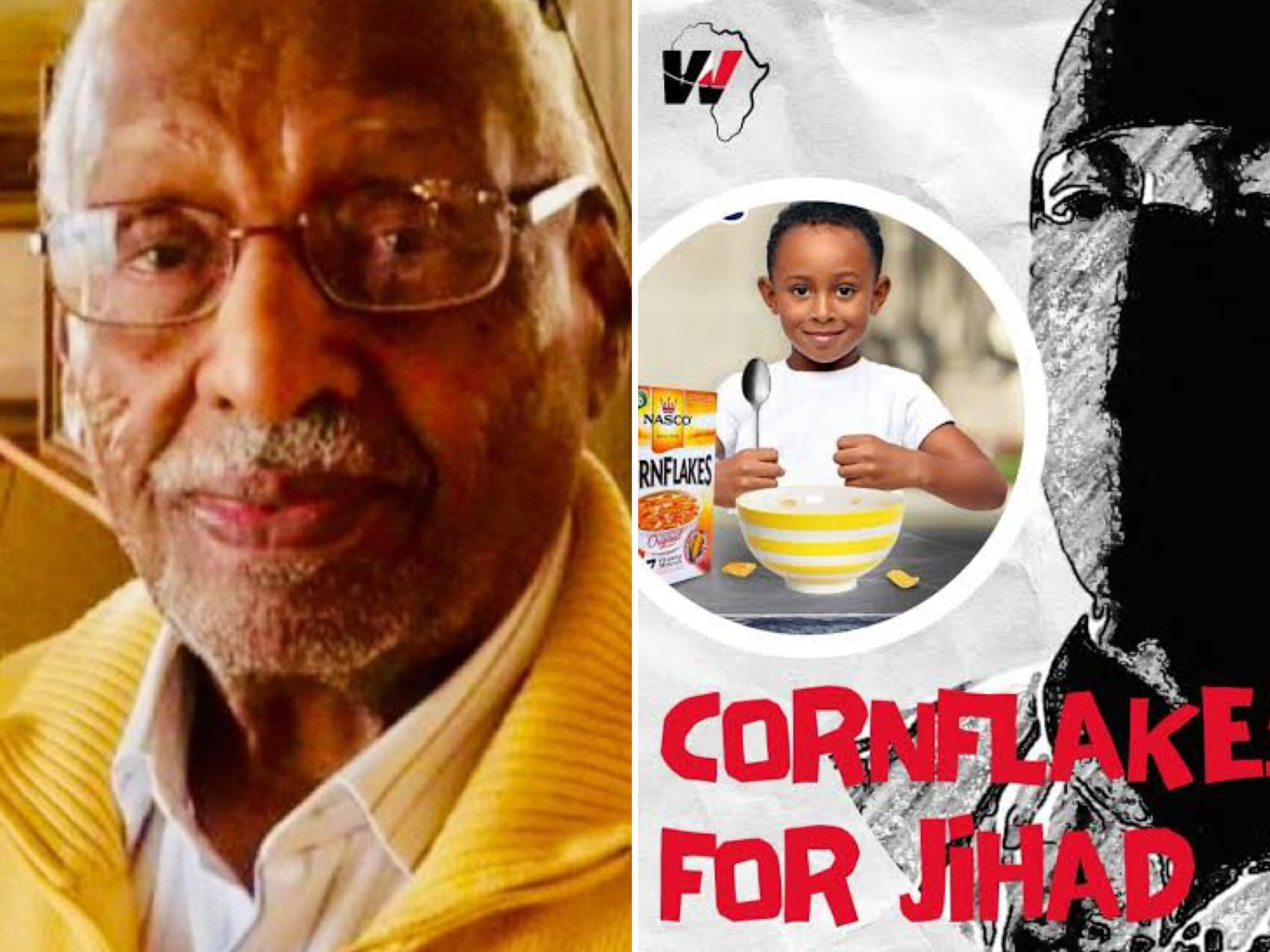 Management of NASCO group has on Tuesday debunked allegation of the firm and its founder, late Ahmed Nasreddin being involved in financing terrorist groups like Boko Haram in Nigeria.

According to the report published on West Africa Weekly, Hassan is a founding member of the Izala Movement (JIBWIS), and the current Chairman of its board of trustees and the Chairman of Katsina State JIBWIS chapter.

They were alleged to have funded the activities of people like Kabiru Sokoto, the mastermind of the Christmas Day bombing of the St Theresa Roman Catholic church on December 25, 2011 in Madalla, Niger State which killed 37 Christians.

Finally reacting to the damning allegations, NASCO, the producers of NASCO cornflakes, issued the rebuttal in a statement on Tuesday titled ‘NASCO REJECTS IRRESPONSIBLE & FAKE JOURNALISM.’

The firm described the allegation as defamatory and slanderous, noting that they have never and will never sponsor any criminal act or organization or violence of any kind.

NASCO in the release stated that it’s founder was exonerated by United Nations Security Council and US government after an unfortunate incidence of 2001 where thousand of people and entities were subjected to investigation.

The company also said its asset or associate business interest was never seized or account frozen after the investigation noting that it has never had any dealing with other alleged terrorist it was roped with.

The group stated that it is one of the leading companies in Nigeria with an acknowledged legacy of working towards the economic growth and development of the nation, while positively impacting the lives of millions of people.

NASCO described the allegation as false, stating that it was done clearly in an orchestrated manner with malicious intent aimed at causing commercial damage to the brand.

Read the full rebuttal below;

The Management of NASCO Group Nigeria note the defamatory and slanderous contents of an online article currently being circulated on social media about our business.

We state categorically that we have never and will never be sponsors to any criminal act, organization, or violence of any kind that will disrupt the peace and tranquillity of the Nigerian state or any country in the world.

After the unfortunate events of 2001, thousands of people and entities around the world were subjected to various investigations. A detailed examination by United Nations
Security Council and US Government totally exonerated NASCO’s late founder. Dr.
Ahmed Nasreddin, his business interest of all false allegations. It was clearly established that NASCO was never at any time associated with the sponsorship of terrorism directly or indirectly in the world. (References: United Nations Resolution S/2008/95 dated 17 January 2008).

A similar investigation was carried out by the National Intelligence Agency of Nigeria, where it also came to the same conclusion, thereby exonerating our late founder and NASCO Group of any act or complicity in the sponsorship of terrorism in Nigeria or in any other country. (Reference: National Intelligence Agency of Nigeria, Report to the Presidency, dated
11 April 2008).

Contrary to the false allegations, at no time were the assets of NASCO Group Nigeria and/or
any of its associated trade, commercial and business interests ever seized nor their accounts
frozen due to any of those investigations.

NASCO can also categorically affirm that it has never been associated with nor had businesses dealings with any of the persons mentioned
in the false report.

NASCO Group is one of the leading companies in Nigeria, with an acknowledged legacy of
working towards the economic growth and development of the nation, while positively
impacting the lives of millions of people. Since 1963. the company has been committed to
best practices in the manufacturing of quality products of international standards.

Over the last 58 years, NASCO has achieved many milestones and is still contributing significantly to Nigeria’s rich agricultural and industrial heritage.

The company directly employs thousands of talented people across its various sites, and indirectly sustains the employment and livelihood of hundreds of thousands more people across the nation.

We actively support thousands of local farmers from whom we source maize for our award.
winning, whole-flaked NASCO Cornflakes. We therefore firmly reject this false report, which was done in a clearly orchestrated manner with malicious intent, aimed at causing commercial damage to our successful brands. It speaks volumes that the individual who was responsible for this mischievous article chose to only feature false allegations almost two-decades old, while intentionally leaving out the final UN resolutions and the accompanying exonerations.

As with all false and hate-filled articles, the truth will always prevail. NASCO will continue
to provide the quality life for Nigeria and its people. 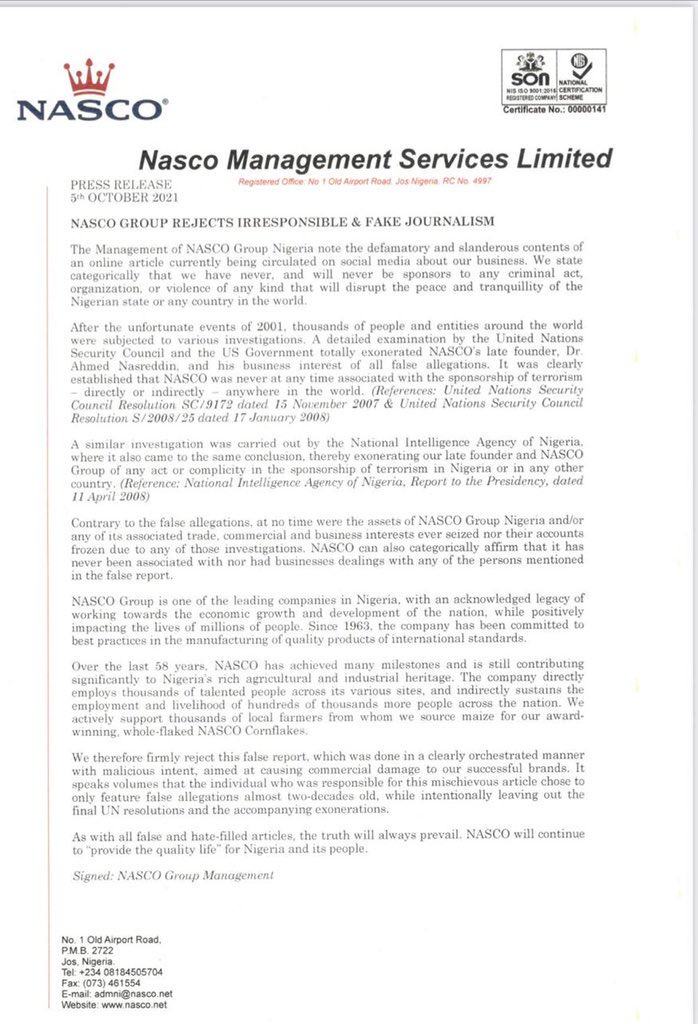