Police say it has arrested three of a 25-man gang who kidnapped students of Bethel Baptist Secondary School, Kaduna.

It would be recalled that at least 126 students of Bethel Baptist Secondary School were abducted in July.

The bandits have continued to release the victims in batches, apparently as their parents are able to pay their ransom. The latest batch of 10 were freed last Saturday, leaving about 21 students still in captivity.

Speaking about the latest development, police spokesman said the three suspects played key roles in the kidnap, adding that the police had generated enough intelligence to ensure the arrest of other members of the gang.

Some of the 47 other suspects were arrested for offences including murder, kidnapping, cattle rustling, armed robbery and car theft.

Also, some were arrested for illegal possession of prohibited weapons and possession and distribution of illicit drugs.

The suspects are made up of 48 males and two females, he said, adding that investigation by the police had clearly linked the suspects to the alleged offences.

He said other exhibits recovered were a total of 2,701 live ammunitions for AK47, 20 GPMG live ammunition, 12 piano keyboards stolen from churches and some electronics and electrical appliances.

Mr Mba expressed that two of the suspects were arrested for allegedly breaking into churches and stealing musical equipment and other electrical and electronics equipment.

He said investigation by the police revealed that the gang had broken into more than 16 churches in different parts of the FCT.

As soon as the instruments were stolen, the principal suspect who also impersonated as a military officer and dressed with the rank of a Captain would sit in front of the vehicle conveying the items.

Wherever they came in contact with security men, he would introduce himself as a senior officer of the Nigeria Army from the military band. With that he was able to beat security over a long time before he was arrested.

He said the second suspect was the buyer of the musical equipment stolen from the churches, stressing that four of the suspects arrested for unlawful possession and distribution of tramadol were two Nigerians and two Nigerians.

Mr Mba added that more than 100 packs of the drug were recovered from the suspects, stressing;

They were billed for distribution to bandits, kidnappers and other criminal elements operating in some parts of the country.

See some photos of the suspects below; 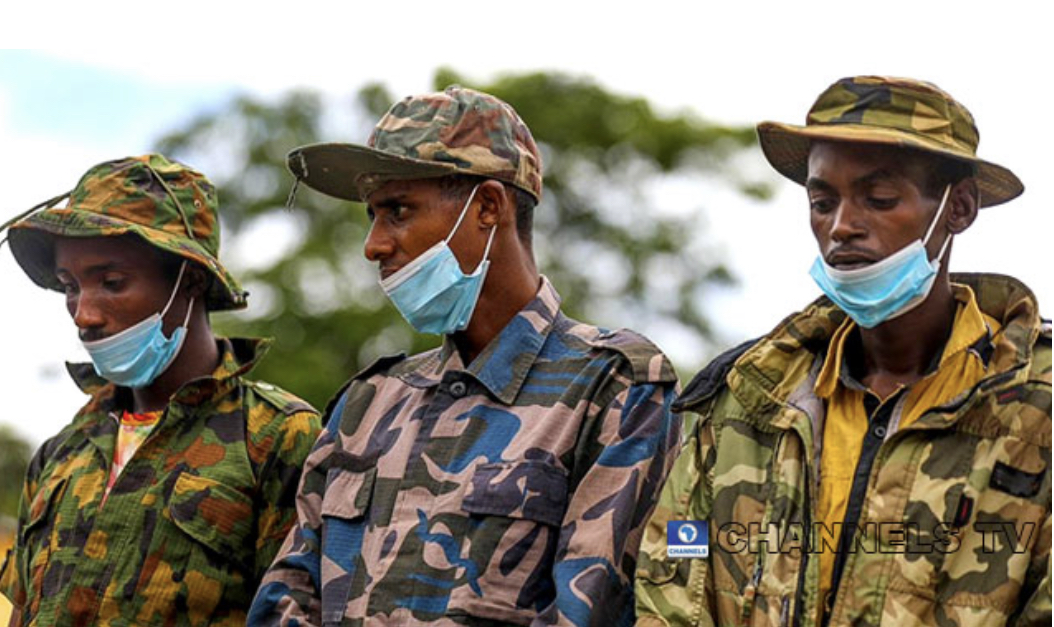 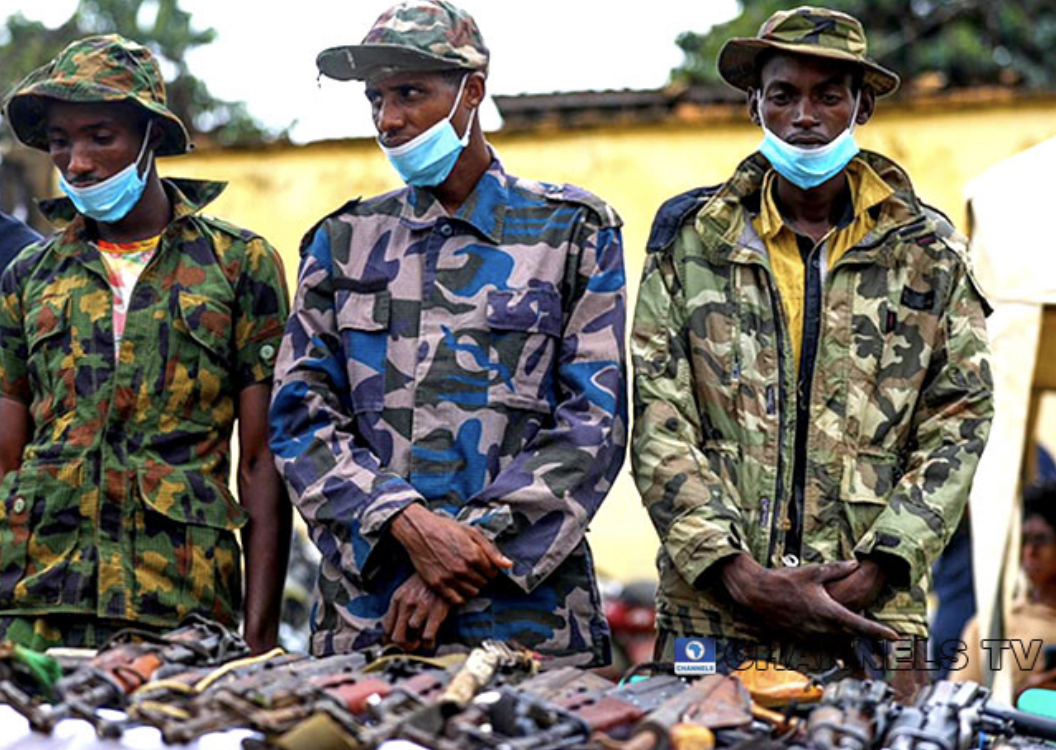 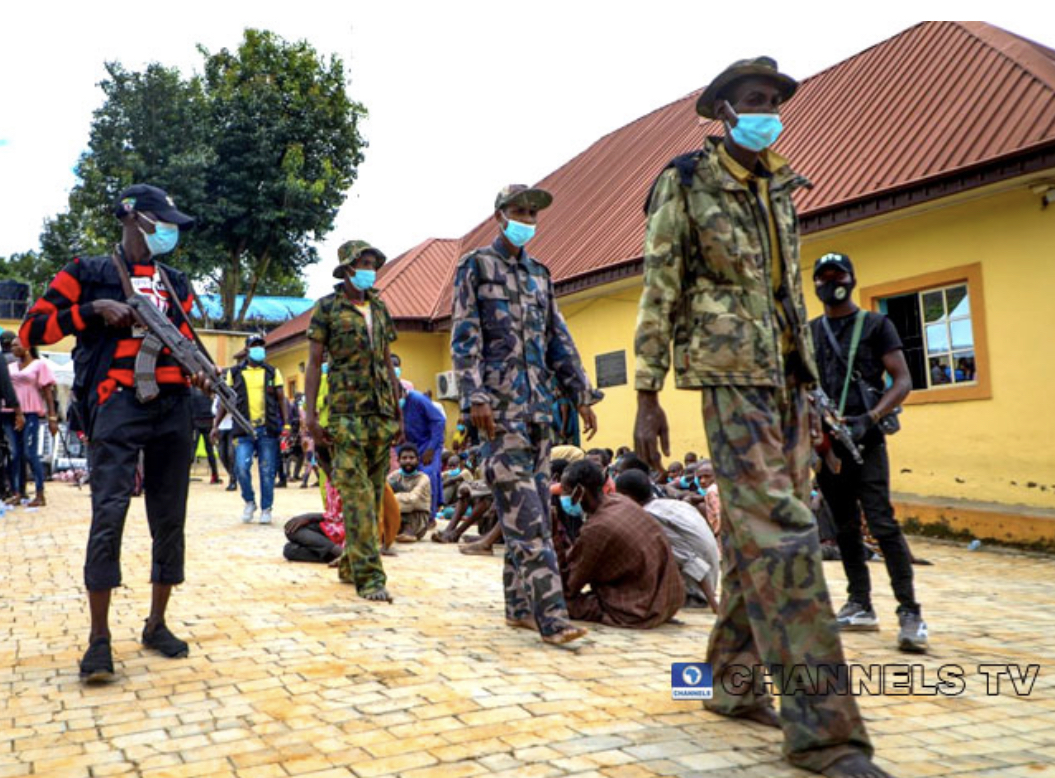 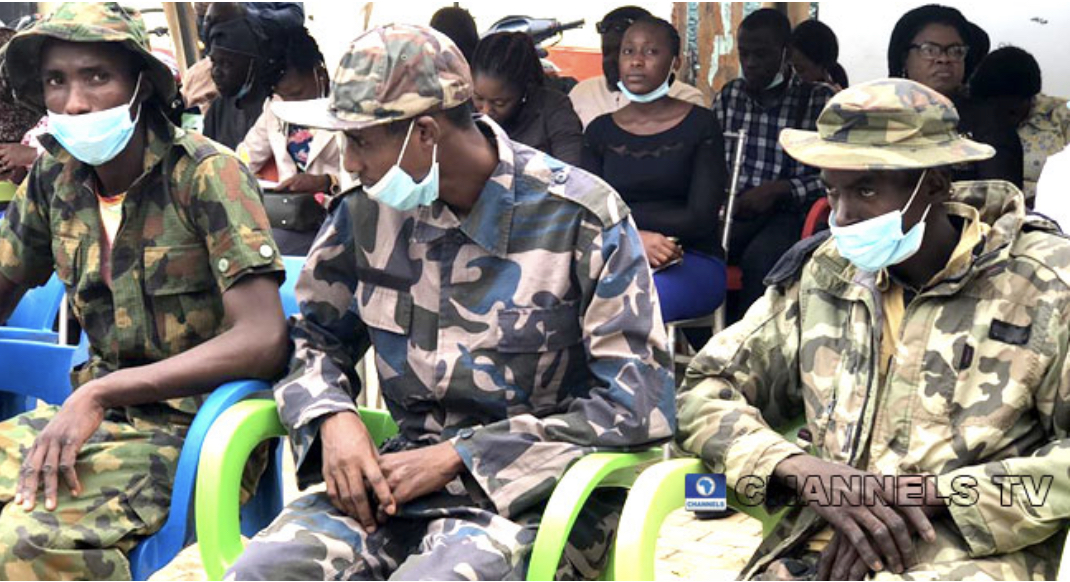 Just In: Professors, Other Abducted Staff Of Uni-Abuja…