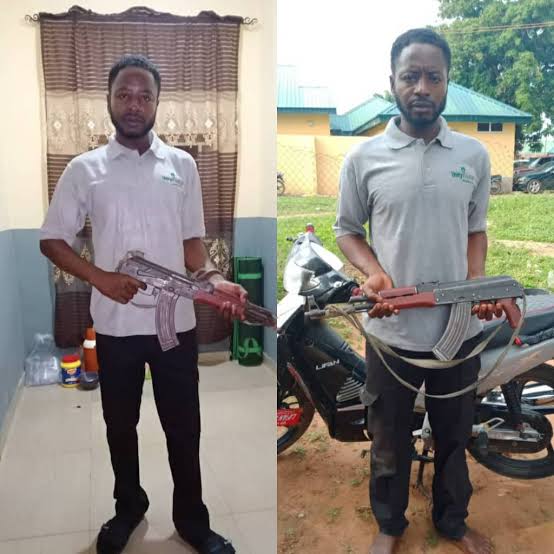 Operatives of Kaduna State Police Command have arrested a serving councillor caught in possession of an AK-47 rifle in the Giwa Local Government Area of the state.

The suspect, Abdulrahman Adamu, who is a serving councillor in the Soba Local Government Area of Kaduna State, was arrested by the operatives of Operation Puff Adder II attached to Kaduna Police Command during a routine patrol along Galadimawa Road.

According to a statement by the spokesman of the command, Mohammed Jalige, the police officers succeeded in intercepting the councillor, who was moving in a black Lifan motorcycle towards the Galadimawa community with a sack.

The policemen at that point became suspicious of the sack being carried by the suspect and were prompted to search its content. It was in this process that they discovered an AK-47 rifle loaded with six rounds of 7.62 X 39mm live ammunition concealed inside the sack.

The police spokesman further revealed that the suspect was arrested and taken into custody alongside the exhibits while preliminary investigation reveals the identity of the suspect, Abdulrahman Adamu, as a serving member in the legislative council of Soba Local Government Area of Kaduna State representing Kinkiba ward.

The suspect equally confessed to having gotten the firearm from his accomplices, adding that he was to deliver same to bandits around Galadimawa village for their nefarious activities.