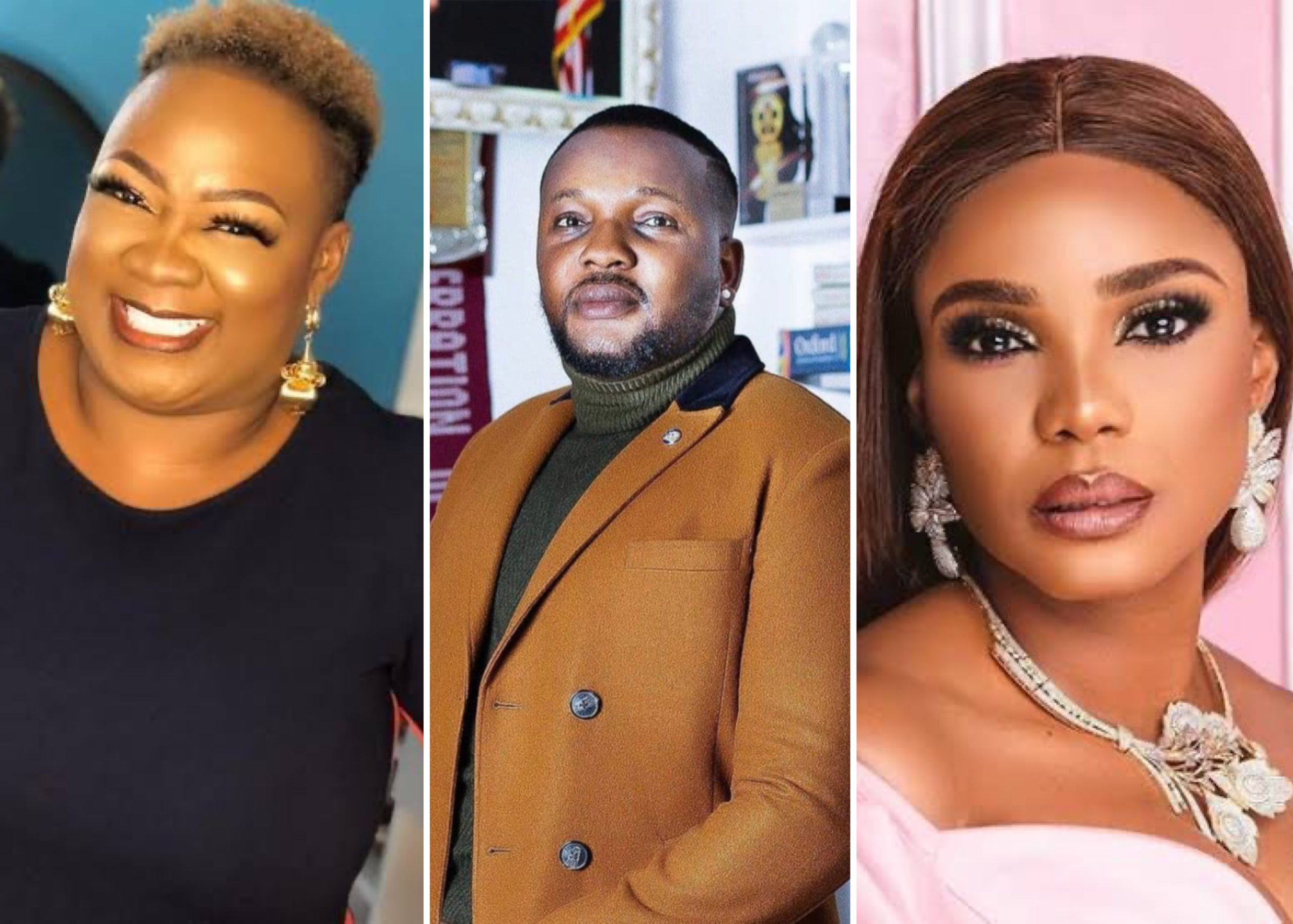 In the film titled ‘Oko Iyabo‘, the movie x-rays the travails of embattled Nollywood star, Olanrewaju James, popularly known as Baba Ijesha andshowcased him as a victim of a set up orchestrated by Princess.

It would be recalled that Baba Ijesha was arrested by the police in April for alleged sexual assault of foster daughter of Princess at 7 and recently at 14.

A CCTV footage released online showed the moment Baba Ijesha indecently touched the young girl in the house of Princess.

He was then granted bail by a special offenses court in Lagos on June 24 on a four count charge and was granted bail.

Since the case began, Yomi Fabiyi has been a strong supporter of Baba Ijesha and at some point organised protest to demand justice for him.

Amid this, both Fabiyi and Iyabo Ojo have in recent times exchanged heated arguments online over the ongoing case with Fabiyi insisting Princess set the embattled actor up.

In continued show of support for Baba Ijesha, Fabiyi is produced by the movie directed by Dele Matti.

The characters in the film take on the names of the individuals involved in the case including actress, Iyabo Ojo whom the story seemingly centers around.

Iyabo Ojo’s character is portrayed first as a young child from a dysfunctional home. Princess’s foster daughter is also portrayed as a young woman in a consenting sexual with Lanre (Baba Ijesha).

Fabiyi‘s latest move comes as no surprise as the actor had since promised to make a movie of Baba Ijesha‘s ordeal and Iyabo Ojo‘s involvement.

However, many Nigerians have taken to social media to slam Yomi Fabiyi following the release of the movie today, July 5.

Many accused him portraying the alleged victim as someone in sexual relationship with Baba Ijesha, Iyabo Ojo as a prostitute and mocking Princess’s pain.

See!!!
Yomi Fabiyi is bastard!!!!!!
He actually did a movie about the whole princess stuff and painted the story like the 14 year old girl was having a thing with baba ijesha.
I can’t believe this!!!!

He title the movie “Oko Iyabo” and actually used their names!!!! pic.twitter.com/D33IOWVN69

If you find that Yomi Fabiyi movie nice, you are a disgusting human.

The Audacity of Yomi Fabiyi !! The Audacity .
Made a movie & titled it “oko Iyabo only for the movie to depict the alleged sexual abuse of princess daughter, the Audacity is him using their real names in the movie, what manner of madness is this ?
I hope everyone flags it on YT

Everyone involved in that “Oko Iyabo” movie, from the cast to the crew should be permanently banned from the movie industry or punished in some type of way by TAMPAN or other superior body.

Some people have to be purged out of the Nollywood industry! What on earth is this? Is Yomi Fabiyi and everyone casted in this movie alright at all? pic.twitter.com/x2bA8pDquZ

He called Iyabo ojo a prostitute
Mocked Princess’s pain
Painted the 14 year old girl like she had a thing to do with baba ijesha.@yomifabiyi you’re a bloody bastard

Iyabo Ojo and Princess can actually sue Yomi Fabiyi for defamation of character.

The basis for that argument is the movie – was made with their real names, alluding to them and adopting their actual story for a film posted publicly on YouTube.

I hope they make that moron pay.

Guys let’s all go to YouTube to report this movie on Olekutv, please RT, @YouTube needs to take this movie down today! pic.twitter.com/SRZd7zFcis

FG Should Apologise To Igboho, Stop Pursuing Him As A Criminal – Wole Soyinka

Kaduna Abduction: 26 Students And A Teacher Have Been Rescued – Police