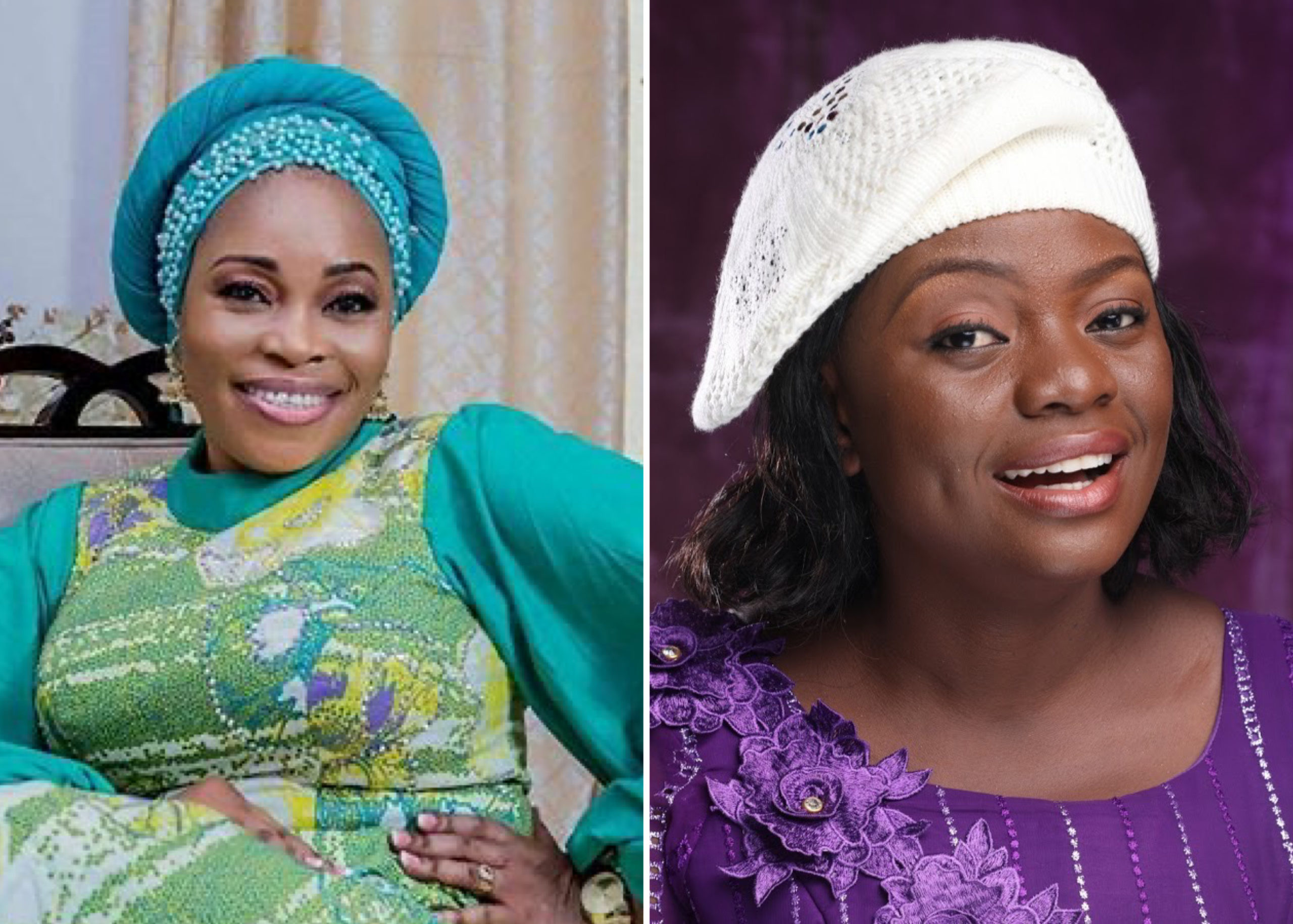 Tope Alabi, while ministering at a vigil in the early hours of June 12, criticized a term Alaseyori used in hailing God.

However, Tope Alabi faulted the word and publicly criticized the song and the singer, saying that the Holy Spirit did not approve of the term “Oniduro” being used to describe God.

She explained that when she tried singing the song, the Holy Spirit cautioned her, adding that God is not her guarantor but much more than that.

Watch the video of her speaking below;

Why is Tope Alabi criticizing another person’s song this way in public?

If I’m correct, ‘Onídùró mi’ translates to ‘my guarantor’, how is it wrong to tag Jesus as your guarantor?

What do you think? pic.twitter.com/ZaI40OJFbj

Reacting to this, many Nigerians took to social media to lambast the veteran singer as some accused her of being envious of how popular the song has become.

However, some, like media personality, Morayo Brown defended her, saying no one is above mistake. 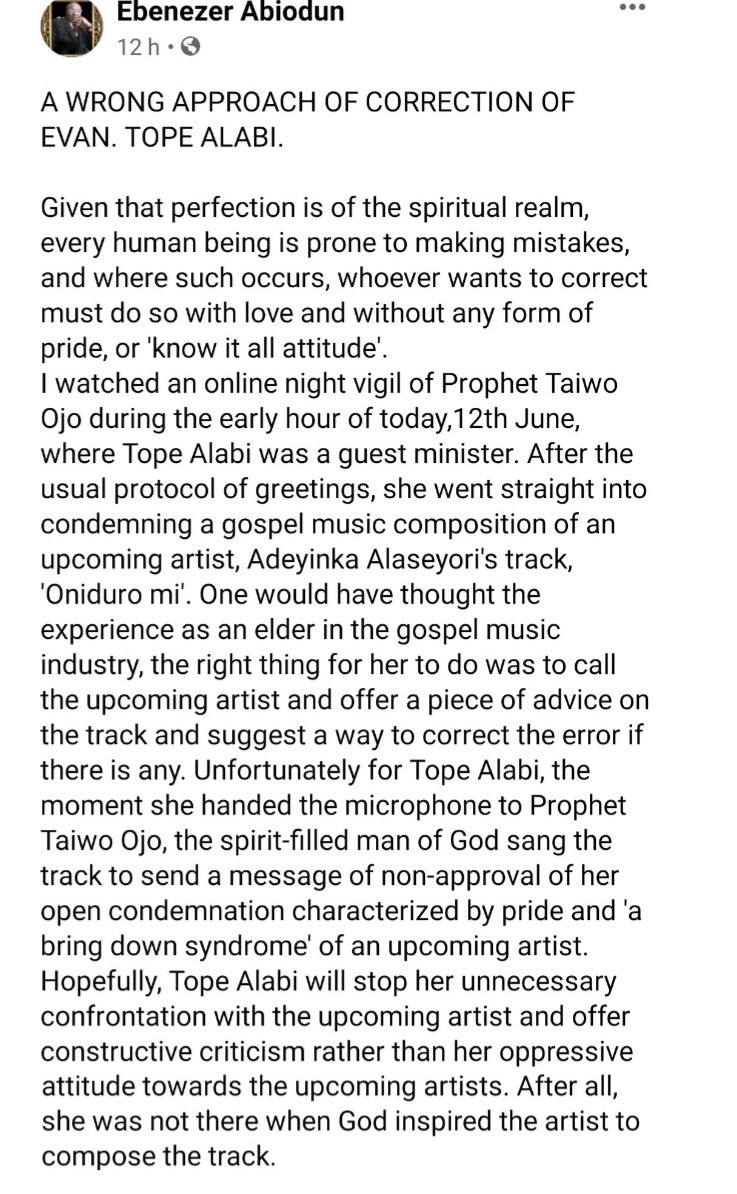 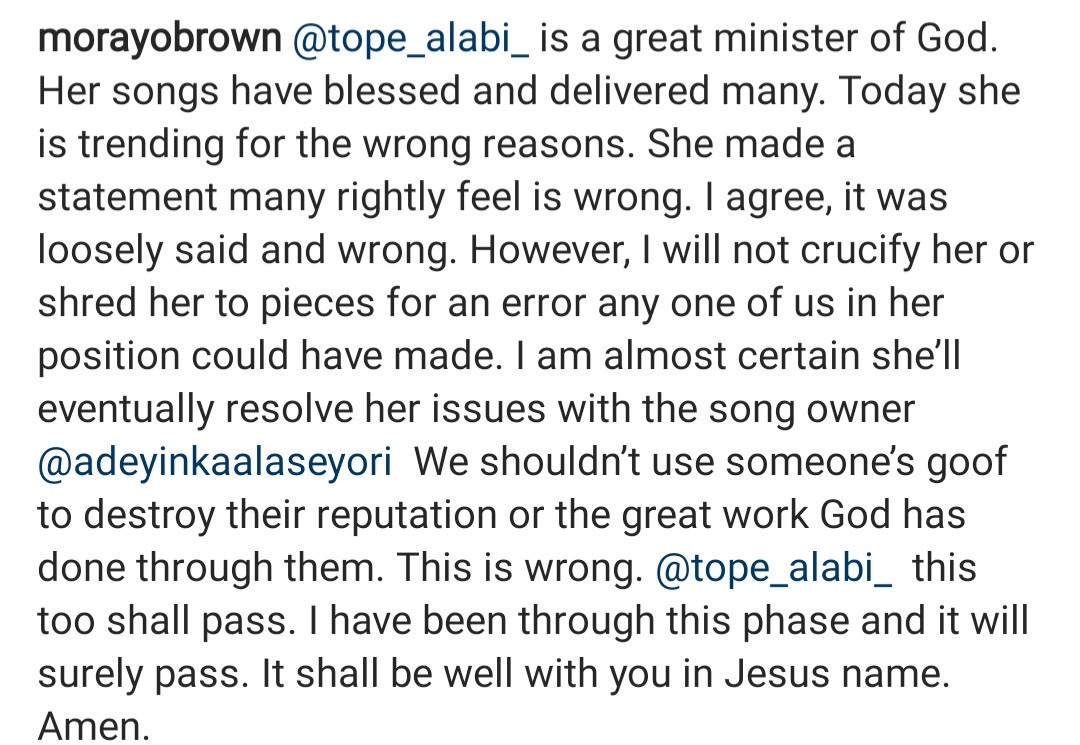 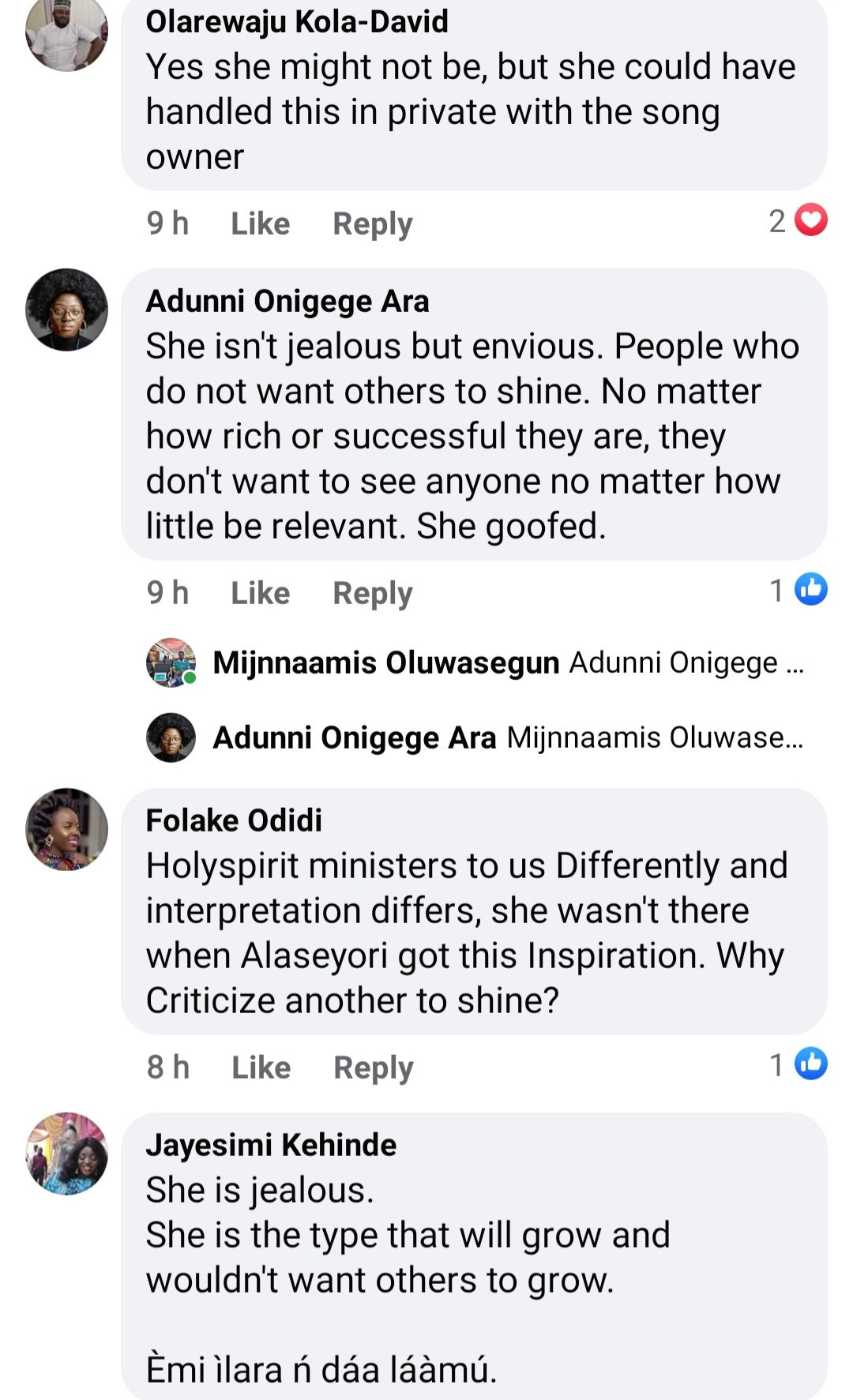 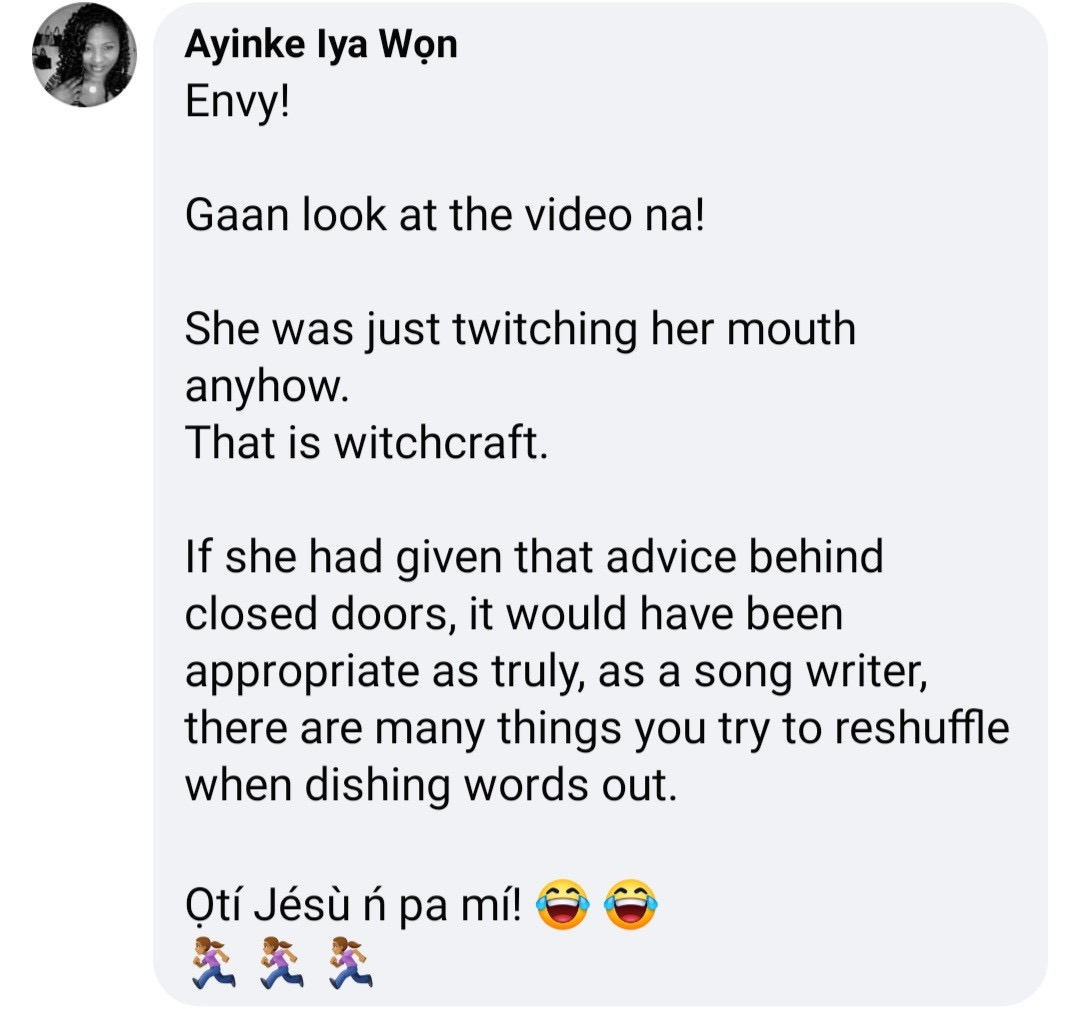 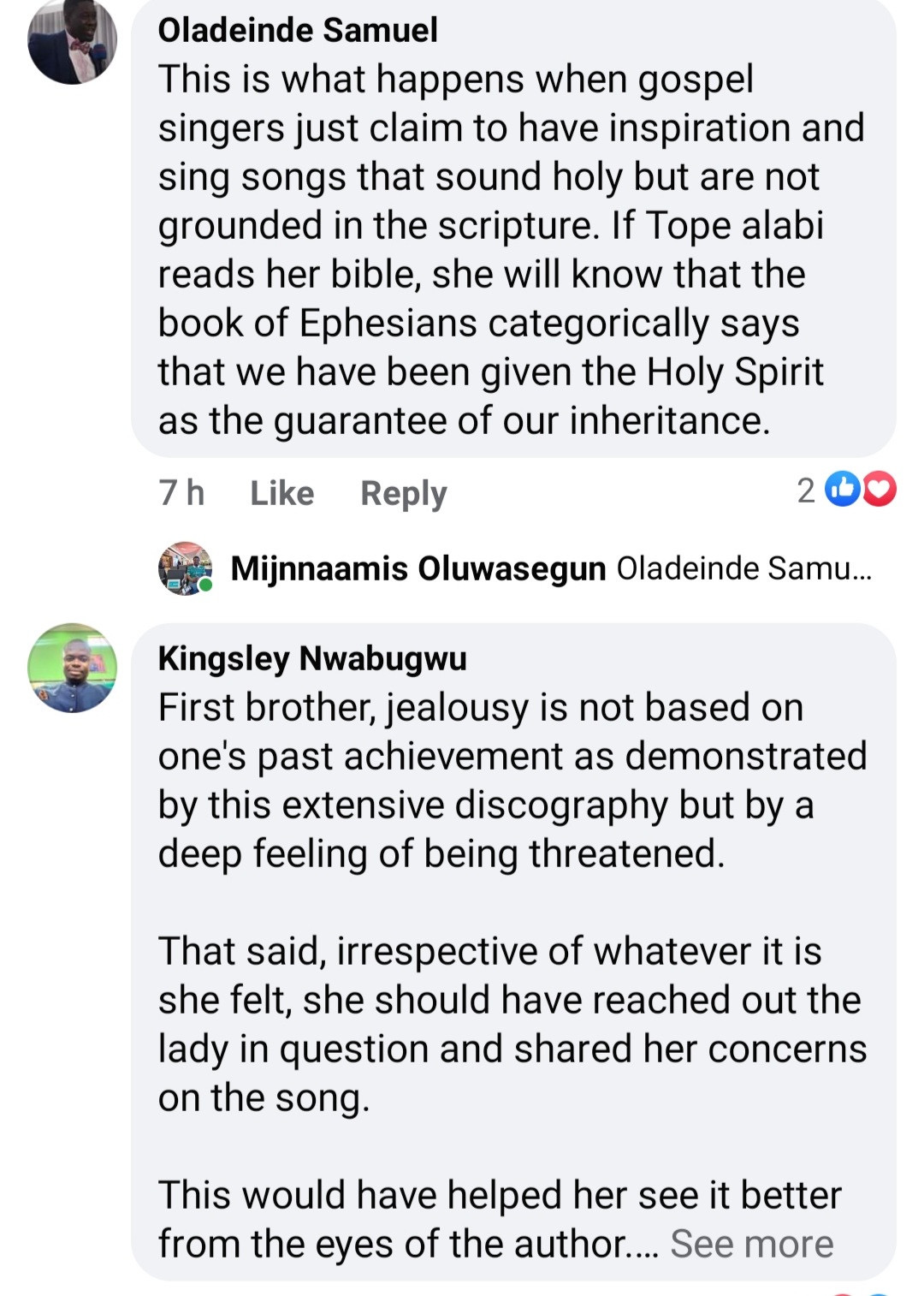 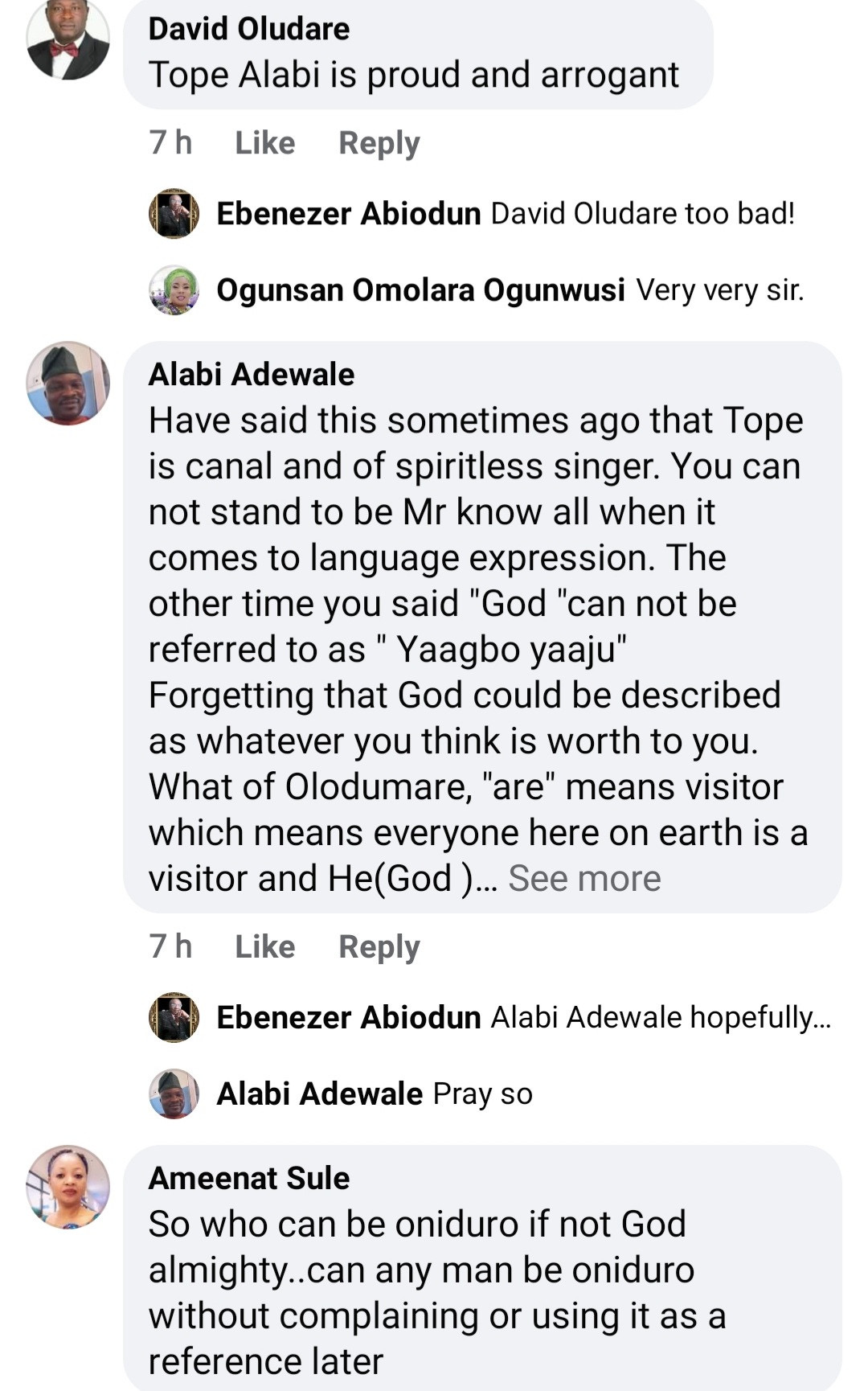 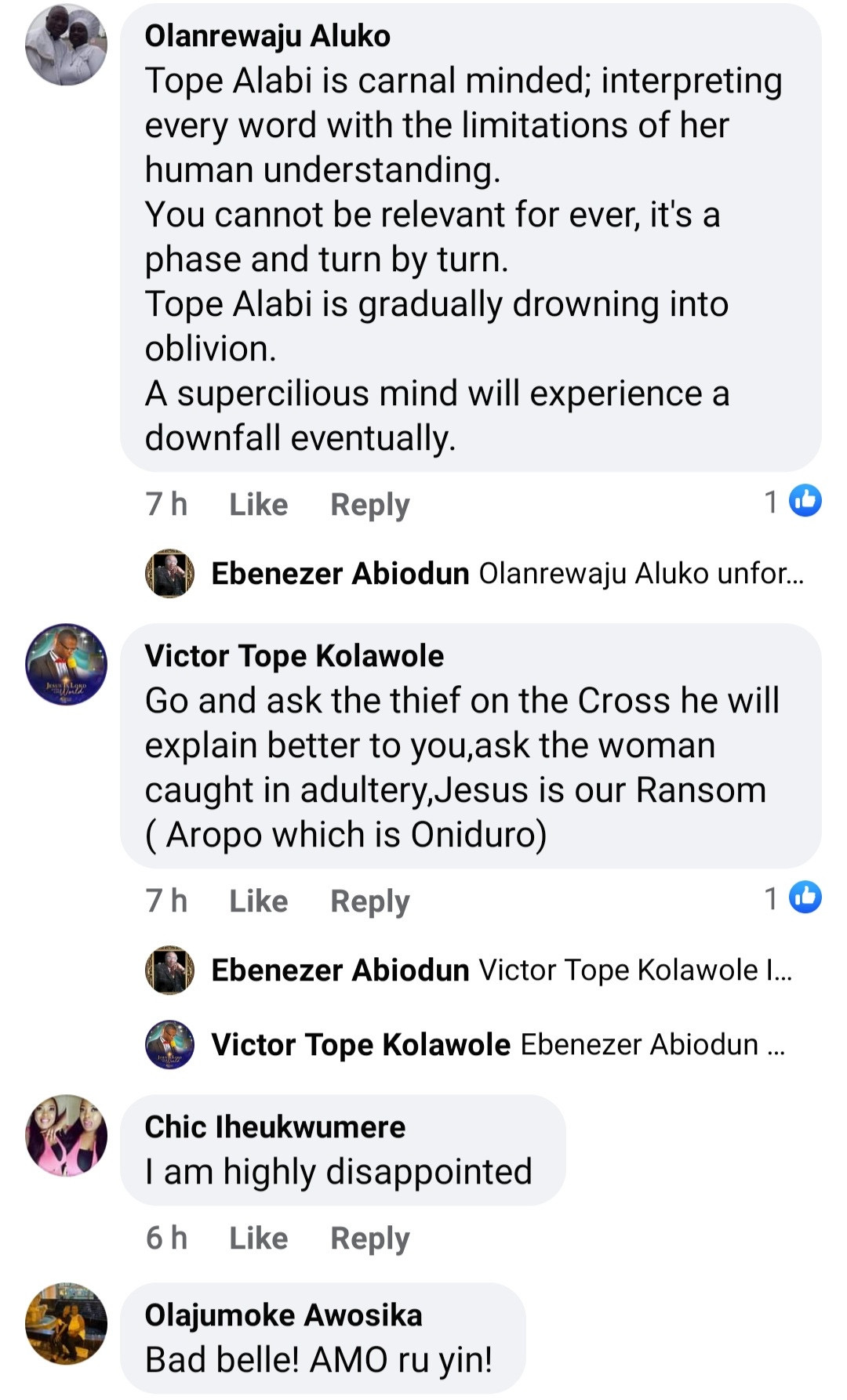 Genesis 50:20 But as for you, you meant evil against me; but God meant it for good, in order to bring it about as it is this day, to save many people alive.

Tope Alabi is already well-known. What does it benefit her to pull other Gospel artists down? The Gospel music industry had not turn devolved into competition. Sigh ☹️💔

How can you say God isn’t your Oniduro!, you self hear it na.
I love you Tope Alabi, but this one no gel at all. pic.twitter.com/sW0Grix1ne

Tope Alabi must think she’s the only one that has the direct line to God.

Allow people praise God the way they want to, you don’t know their encounters.

Tope Alabi might start telling this gospel singers to submit the names they want to call God in their songs to her for approval because I don’t understand this bitterness she’s on about what someone else chose to call God ..
She messed up on this one

Tope Alabi has called way so many different names in her songs and we’ve gladly sang along with her ..
Why is it a problem for her another gospel singer called GOD a certain name ???
What does Olorun gban gban mean??
She can’t tuck in her jealousy and it’s so not Christlike.

Auntie Tope Alabi is been led by delutional spirit. Maybe before she feels with the Holy SpiritI but not again. I refuse to believe otherwise.

Maybe Tope Alabi don do guarantor for person for lapo before and dem lock am for toilet.. na ptsd 😭😭😭

Only God can reject the names we call Him & not any humans even no pastor can’t.

Who are you to say someone shouldn’t call God the names he/she wants.

Tope Alabi is not God’s PA, mama should rest.

Asa Files Lawsuit Against Joeboy Over Copyright Infringement, He Reacts

‘My Mistake Was That I Externalised Private Message In…

‘She Is A Mother To Me’ – Yinka Alaseyori Breaks…