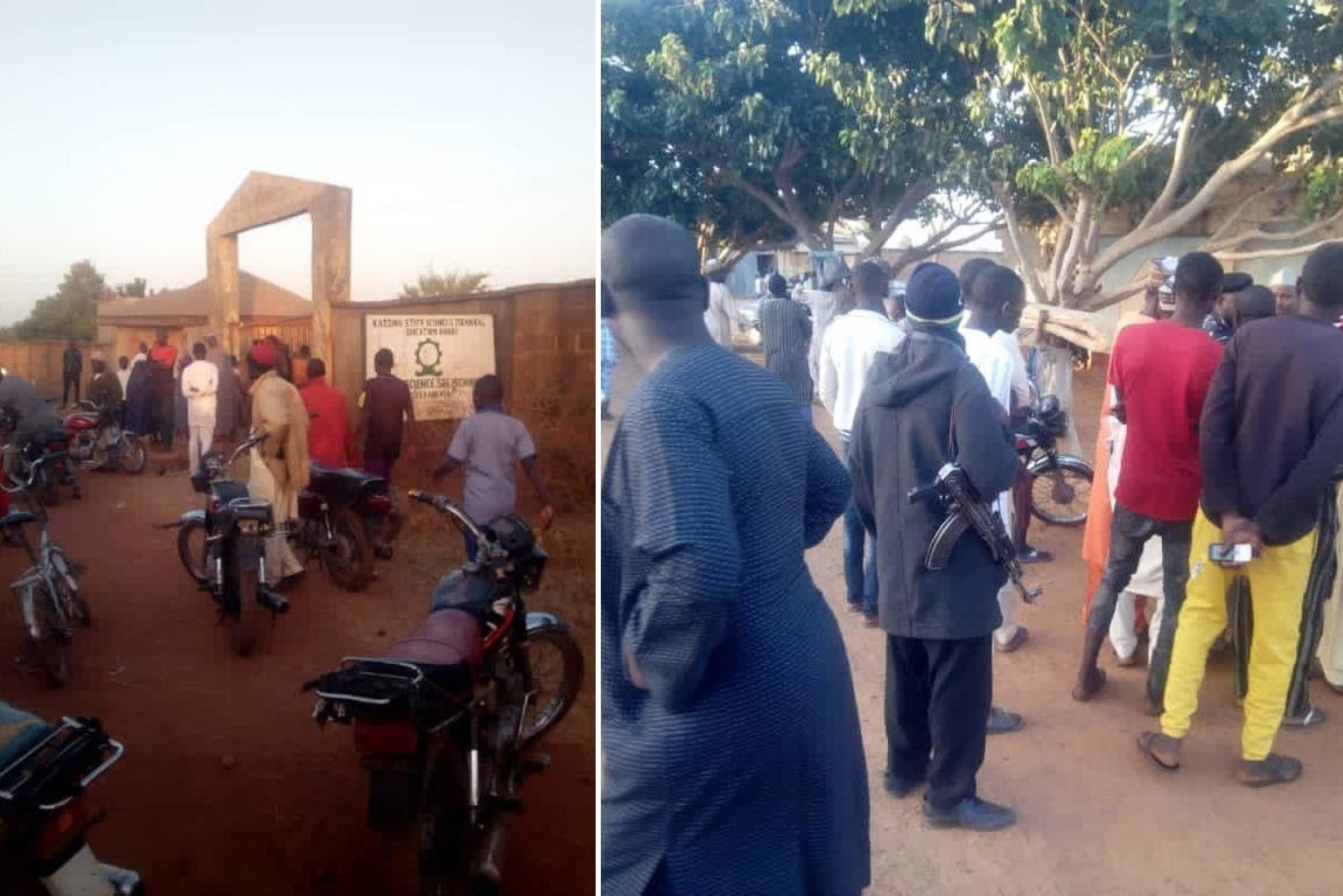 According to HumAngle, the attack on the school and environs started at about 11 pm and lasted for over two hours.

Following the raid, a yet to be known number of students and residents of the town were declared missing.

It was learnt that the terror gang invaded the school on foot, unlike previous attacks in which they carried out similar attacks using motorbikes.

A policeman who spoke on anonymity confirmed to the publication said;

The group walked confidently into the school premises and kidnapped an undisclosed number of students.

As I speak to you now, no one can tell you the exact number of the students that were abducted and in the custody of the armed men.

They (gunmen) shot our colleague and the gateman too but they are all alive receiving treatment now.

Eyewitnesses revealed that the attackers stormed the school in large number around 10 – 11 pm, forcing many students to run into the bush seeking help.

As at the time of filing this report, it was not clear how many students were in the custody of the abductors or went into hiding in the bush.