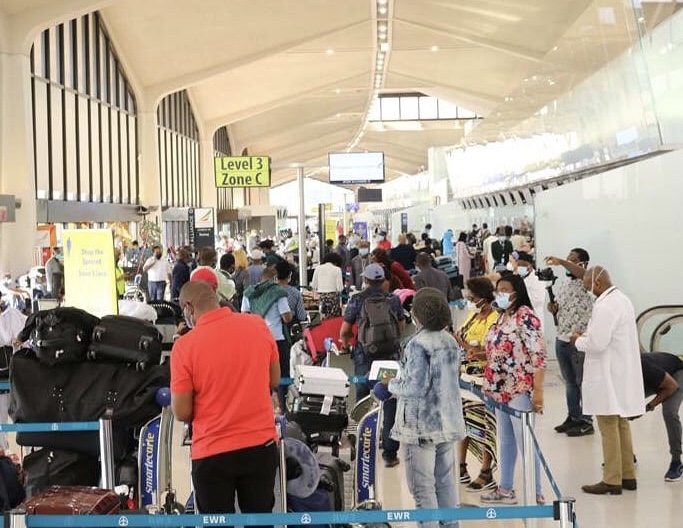 Presidential Task Force (PTF) on COVID-19 says it will soon publish the passport numbers of 100 travellers who refused to undergo the mandatory COVID-19 test after returning to the country.

Travellers are mandated to run the test seven days after their arrival.

At its briefing on Thursday, Sani Aliyu, national coordinator of the PTF, said the holders of the passports will be suspended from travelling for a minimum of six months for flouting obligation to test.

He added that visas of the foreigners who evade the mandatory test would be revoked.

Aliyu noted that the 100 affected persons have been contacted and they have confirmed that they failed to do the post-arrival test.

He said only their passport numbers will be published, and not names, adding that punitive measures would be taken against others in the category of those who evaded COVID-19 test.

From now on, particularly for those coming from the UK and South Africa, we will pay special attention to these flights. If you do not do your day seven test, by day 10, you will automatically go onto the suspension list and your travel documents, your passport would be suspended for a minimum period of six months.

If you carry a foreign passport, with a visa, we will revoke your visa. And because we are able to track a smaller group of persons than a large number of persons, which has always been the challenge we have, we are now able to enforce this, specifically for passengers coming from these routes until further notice.

The nee development comes few days after Boss Mustapha, chairman of the task force, said a total of 20,216 in-bound travelers refused to show up for the post arrival test they signed up, thereby endangering members of the public.