‘You’ve Made Your Point, Please Call Off The Protests’ – Tinubu Appeals To #EndSARS Protesters 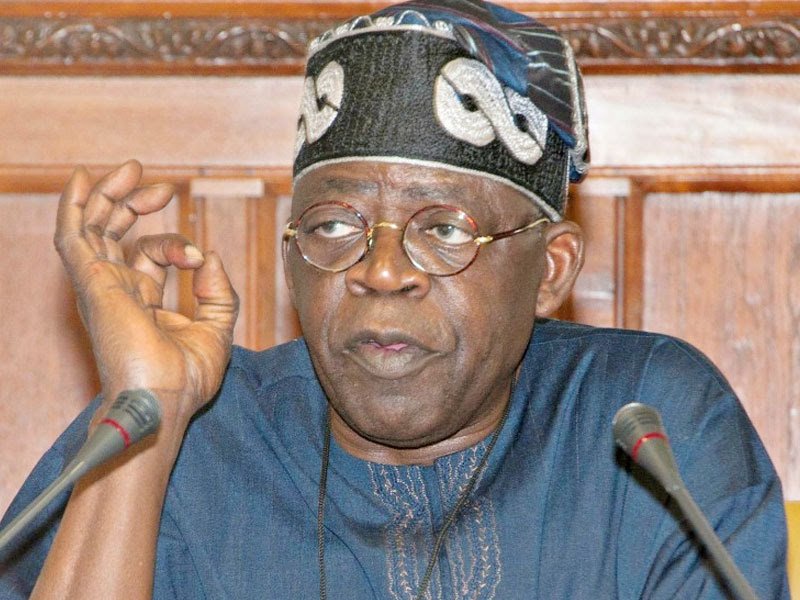 National Leader of All Progressives Congress (APC), Senator Bola Tinubu, has called on #EndSARS protesters to end the demonstrations that have paralysed socio-economic activities in Abuja, Benin, Lagos among other capital cities in the country.

Tinubu, in a statement late Monday, said the protests, which had gone on for 12 days, were justified, given gross human rights violations and impunity by the now disbanded Special Anti-Robbery Squad (SARS) of the Nigeria Police Force (NPF).

His statement on the protest, which he personally signed, was titled, ‘#EndSARS protests – The remedy for national maladies is more, not less, democracy’.

He expressed that there is no one who is committed to the rule of law and good governance that would be opposed to the ongoing protests by Nigerian youths.

Tinubu also commended Nigerian youths for the level of organisation that went into the protests, saying it showed a new level of consciousness that could strengthen Nigeria’s democracy.

He said the ongoing resistance by the youths against police brutality was reminiscent of the emancipation struggle against the colonial rule and military dictatorship, which gave birth to democracy.

The APC Chieftain, however, pointed out that President Muhammadu Buhari had;

Acted with commendable dispatch by not only scrapping SARS but also accepting the five-point demand that triggered the protests.

He said it would only be fair for the youths to call off the protests and give the administration a chance to implement the reforms they had demanded, stressing;

This can certainly not be done instantaneously by the waving of a magic wand. If government had not implemented promised reforms in the past, the swiftness with which it has responded to the demands of the protesters this time around shows that that there is a positive change by government both of attitude and of a new sense of urgency.

Tinubu urged the youths to be careful not to fritter away the considerable gains they had made within a very short period with “lack of moderation and strategic thinking”.

For instance, it is unfortunate that hoodlums, thugs and assorted criminals have seized on the protests to perpetrate violence, disrupt civil life and harass, intimidate and assault innocent persons going about their lawful business.

The intent of the organisers of the protests is to achieve stated objectives on police reform, which the government has in principle accepted. It can certainly not be their motive to cause generalised anarchy or effect regime change. If they give the impression that that is their goal, then any government will necessarily have to act with the requisite decisiveness and force to restore law and order and preserve constitutional rule.

The APC national leader urged the protesters to be careful not to set the stage for the erosion or destruction of the same democratic process that gives them the freedom and right to protest in the first place.

I also strongly appeal to the protesters – YOU HAVE MADE YOUR POINT. GOVERNMENT HAS MADE ITS COMMITMENT TO YOU. PLEASE, PLEASE AND PLEASE, CALL OFF THE PROTESTS. GIVE GOVERNMENT A CHANCE TO IMPLEMENT YOUR DEMANDS. GOD BLESS YOU.

Tinubu further stated that it was a good sign that Lagos State Governor, Mr. Babajide Sanwo-Olu, and some other states had speedily set up judicial panels of inquiry into acts of police brutality over the years.

He urged other state governors that are yet to do so to emulate Sanwo-Olu’s example in order to address the pending issues.

PTF Predicts Spike In COVID-19 Infections Due To #EndSARS Protest