PTF Predicts Spike In COVID-19 Infections Due To #EndSARS Protest 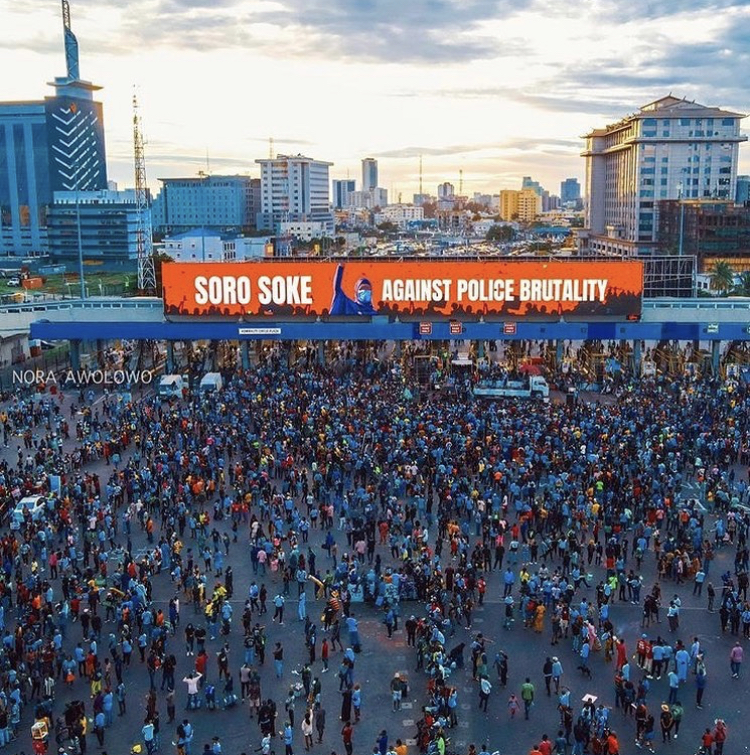 Presidential Task Force on COVID-19 has predicted a spike in the coronavirus pandemic outbreak in the country in the next two weeks due to ongoing #EndSARS protests across the country.

Boss Mustapha, the secretary to the government of the federation (SGF) and chairperson, Presidential Task Force (PTF) on COVID-19, made this known on Monday in Abuja at the joint national briefing of the task force.

Mr Mustapha said the prediction was due to the total disregard for the preventive measures against the virus exhibited by thousands of Nigerians protesting in the ongoing #EndSARS campaign across various cities in the country.

Thousands of Nigerians have in the past 10 days, taken to strategic areas across Abuja, Lagos, Edo, Anambra, Rivers, and other states to protest against reported police brutality, harassment and extra-judicial killings.

Such brutality is said to be perpetrated by the operatives of the disbanded Special Anti-Robbery Squad (SARS).

Mustapha stated that despite the appreciable success recorded so far in the fight against COVID-19, the ongoing protest may spark up a second wave of the virus.

I can say it authoritatively that with the ongoing protest across the country, in the next two weeks the cases of COVID-19 would have increased. Each and everyone that attended the protest and did not put up any form of protection is likely going to spread the virus. When people contract the virus during the protest gathering, they will go back home and spread it.

This is one of the reasons why we must be extremely careful when we congregate because when you gather together in such an atmosphere where people don’t wear face masks or maintain the social distance you are creating a potential opportunity for carriers to spread the virus.

So far we have done pretty well as a country but this protest is like a setback and we must avoid a situation where we will have a resurgence. Countries that thought they have overcome are dealing with the second wave. We are extremely lucky as a nation and we should be careful of any situation that can warrant the second wave.

He said any mass gathering that does not adhere to the non-pharmaceutical interventions that have been put in place, like wearing of face masks, social distancing, and keeping personal hygiene, becomes a super spreader event.

With the expected spike in the number of Covid-19 cases due to these protests across the country, Nigeria runs the risk of having a second wave of the coronavirus outbreak which had before now been on a decline.

This could lead to the resumption of lockdown measures by the government, in order to contain the spread of the pandemic.

‘May You Become More Than Me’ – Davido Celebrates Son, Ifeanyi On 1st Birthday (photos)

‘You’ve Made Your Point, Please Call Off The Protests’ – Tinubu Appeals To #EndSARS Protesters