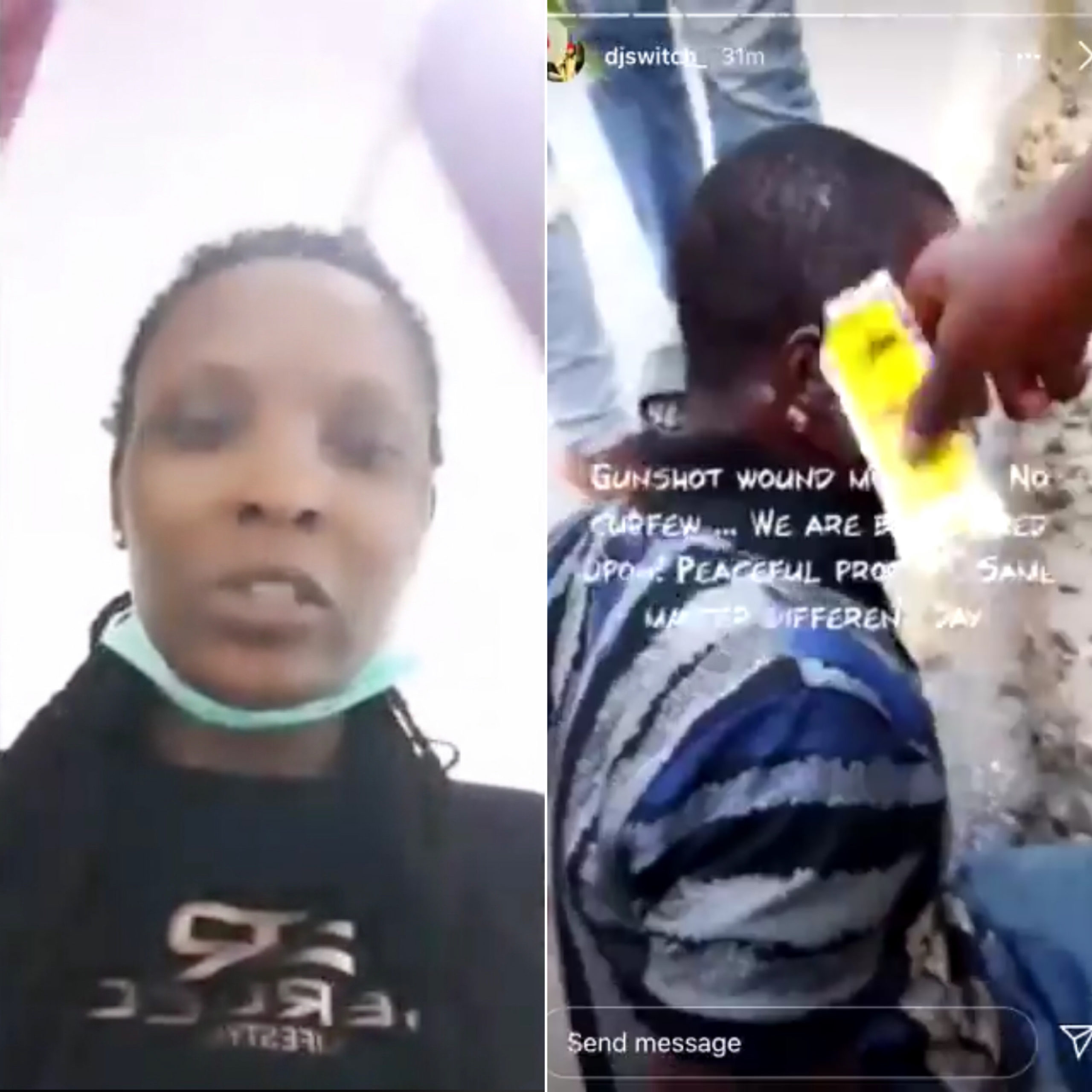 It would be recalled that military personnel brutally opened fire at the protesters who were stationed at Lekki in demand for an end to police brutality in the state and in the country.

DJ Switch has been at the scene of shooting since Tuesday night, giving live updates via Instagram live session which over 150,000 people tuned in to.

She gave reports that over 9 people were shot dead with several others injured from the attack that took place when the lights in the area were turned off and security cameras cut off.

The DJ, who narrowly escaped death just like some others, has now given new updates on Wednesday morning saying that protesters are still being shoot at ruthlessly.

In short videos and Instagram live session shared via her social media platform, gunshots could be heard as herself and others ran for safety.

In one of the video she shared, a man was hit by a bullet and he was bleeding profusely as they tried to take him to a nearby hospital.

DJ Switch, in another video, was seen giving orders to those around the area to put their heads down as the shots were being fired.

See some of the videos below;

They are still shooting at them this morning #EndSARS #DjSwitch #LekkiMassacre
Retweet for awareness 😭.. pic.twitter.com/iOdbdYqhvO

Dj switch has just confirmed that they are still shooting and peaceful protesters this morning. What is this madness!!? #LekkiMassacre pic.twitter.com/jphutxmYeH

#LekkiMassacre : “It’s morning and they are still shooting at us” – DJSwitchpic.twitter.com/eqnG29NRDK