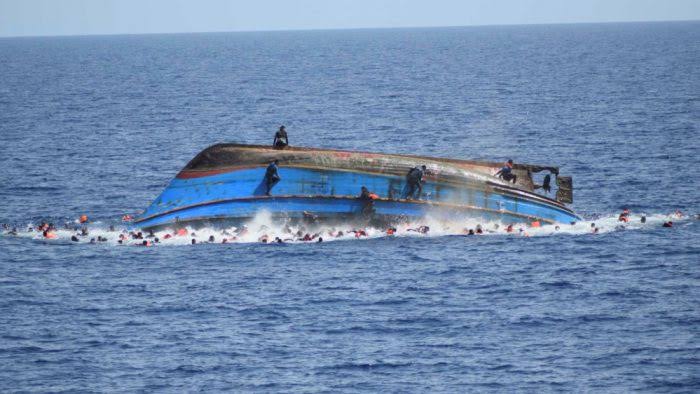 Lagos State Police Command has on Friday confirmed that 10 persons have died in a boat accident that occurred on Wednesday around Apapa area of the state.

The command also stated that three persons were still missing while five out of the 18 passengers on board had been rescued.

The boat was said to have taken off from a jetty in Kirikiri en route to Badagry when it capsized around 5pm.

The Lagos State Emergency Management Agency (LASEMA) in an incident report released by its General Manager, Dr Olufemi Oke-Osanyintolu, disclosed that the boat en route to Ikoyi from Ilashe capsized around 7pm and 10 persons were rescued.

He, however, did not state that there was a boat accident along Apapa earlier that day.

Facts about the Apapa incident emerged after a video of the boat accident went viral on Friday.

Speaking with Punch, the police spokesperson in the state, SP Bala Elkana expressed that 10 persons died in the accident reportedly caused by a mechanical fault.

Five persons were rescued while 10 corpses had been recovered. Three persons are still missing. There were 18 people on board. The boat engine failed on the sea and there were strong waves which resulted in the accident. The boat left Kirikiri for Badagry.

The publication contacted the LASEMA boss on the casualty figures but he directed all enquiries on the matter to the police.

When told that the police confirmed 10 persons died, he said;

Why would they say that 10 persons died? They should give you the details.

No full confirmation (yet) as marine police are still conducting investigations. Marine police have the correct figures.

However, a senior emergency official in the state who spoke in confidence to Punch said;

The Apapa boat accident is being managed in order not to cause panic. All the bodies have not been found. I can tell you that the police account about the incident is not wrong.

This comes weeks after seven persons died on June 3 after a boat en route to Ikorodu from Ebute Ero capsized, with authorities blaming the incident on night travel.

Watch viral video of the capsized boat below;

One survives and 19 dies as boat capsizes in Apapa pic.twitter.com/Uig3Gw4Omb