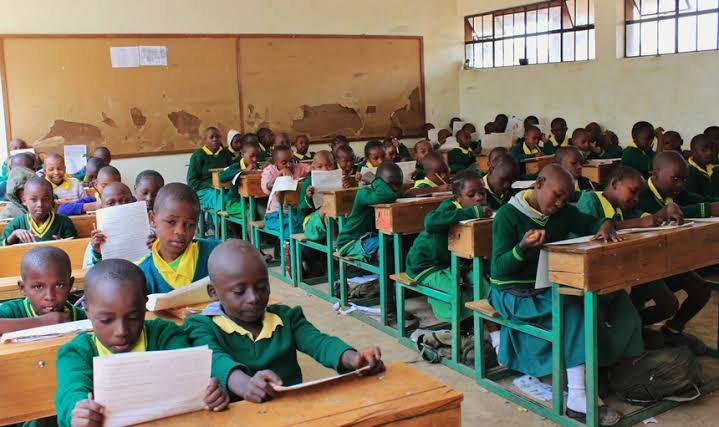 Kenya’s Ministry of Education has announced that all schools in the country will remain closed until January 2021 due of the coronavirus pandemic.

Final year examinations, which are usually taken in October and November, have also been cancelled.

Education Minister George Magoha who announced this stated that students would repeat a year as schools had closed in mid-March, three months after the academic calendar begun.

Due to the disturbing trend of COVID-19 cases rising steadily, education stakeholders have shelved the initial proposal to reopen schools in September. The 2020 school calendar year will be considered lost due to Covid-19 restrictions. This would apply to public and private schools.

However, colleges and universities are to reopen in September if they abide by strict guidelines.

Magoha said his ministry would explore how to make online learning accessible to all pupils.

The government-run Kenya Institute of Curriculum Development has been providing school programmes via the radio, television and online since students stopped going to classes in March.

While some have been able to cover the syllabus using these resources, there are many others who do not have access to the technology.

On Monday, President Uhuru Kenyatta announced a phased reopening of the country, including the lifting of travel restrictions in the main cities of Nairobi and Mombasa.

However, he did extend a nationwide overnight curfew for another 30 days.

The East African country has confirmed more than 8,000 cases of coronavirus with at least 164 deaths – and there has been a recent surge in new infections.

The novel coronavirus pandemic has claimed over 537,000 lives in 188 countries and regions since originating in Wuhan, China in December.

The US, Brazil, India, and Russia are currently the worst-hit countries.

In Africa, South Africa is the worst hit with 215,855 confirmed cases, followed by Egypt having 77,279 cases, then Nigeria comes third with 29,789 infections.

More than 11.5 million COVID-19 cases have been reported worldwide, with recoveries exceeding 6.28 million, according to figures compiled by US-based Johns Hopkins University.

Kenya: Scores Injured At Presidential Inauguration Due To…