The affected lawmakers are the Deputy Speaker of the house, Iroju Ogundeji, and another member of the House, Adewale Williams.

The two suspended lawmakers are among the nine state assembly members who refused to sign the impeachment notice issued against the state Deputy Governor, Agboola Ajayi by the lawmakers on Tuesday.

The state assembly began impeachment proceedings against the deputy governor on Tuesday following his resignation and defection to the PDP.

The Ondo State House of Assembly served a notice of impeachment to the Deputy Governor, Agboola Ajayi to this effect.

However, nine out of 26 members of the Assembly voted against the decision to begin impeachment process against Ajayi.

In a statement released, the members dissociated themselves from the process based on personal convictions. 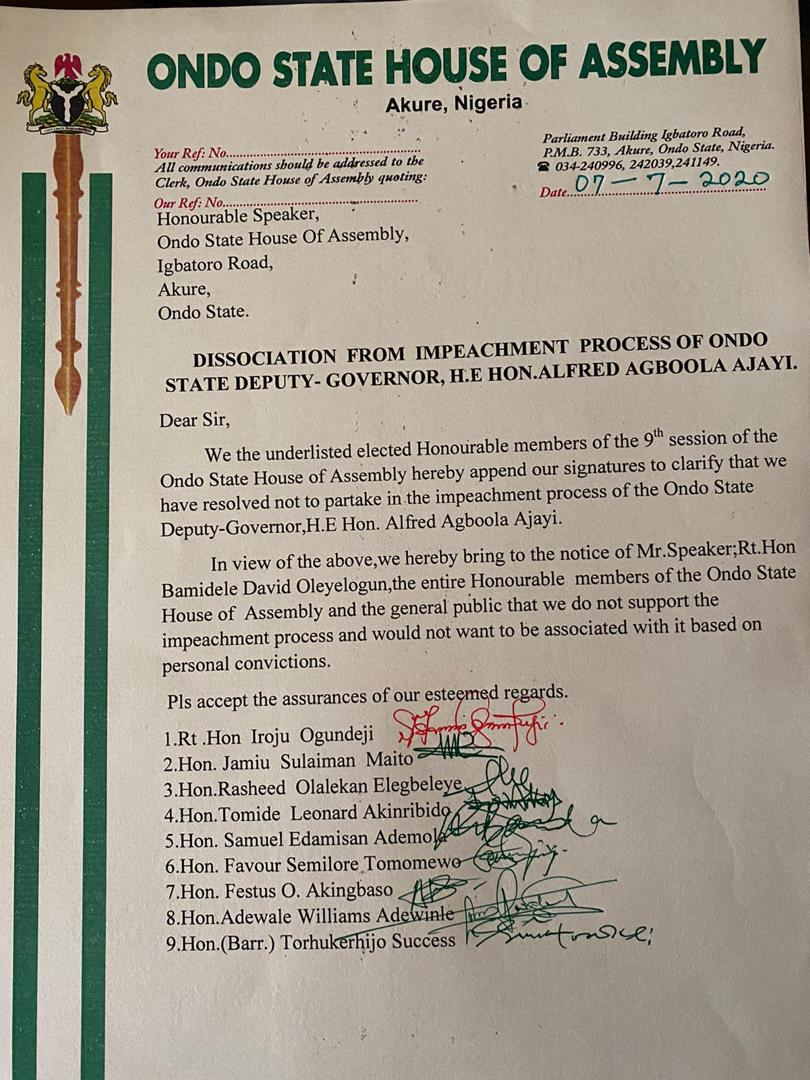 The impeachment process began after Ajayi, who has been at loggerheads with Rotimi Akeredolu, decamped from All Progressive Congress (APC) to Peoples Democratic Party (PDP).

He may be contesting the governorship election with the governor as the PDP granted him waiver to contest in the party’s primary election.

Kanye West Says He Had COVID-19, Calls Vaccine ‘The Mark Of The Beast’