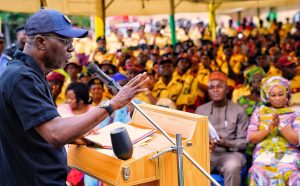 The Lagos State Governor, Babajide Sanwo-Olu on Friday visited the LASTMA headquarters at Oshodi, Lagos.
During the visit he announced a 100 percent increase in the allowances of Lagos State Traffic Management Authority officials.

The Governor promised that the increase would commence from the end of July 2019 while also saying that LASTMA officials would be entitled to free treatment.

The governor said: “It is Lagos State tax payer’s money we are going to be giving to all of you so the citizens are going to be expecting a new, reformed and more civil LASTMA officers.”

The governor added, “Any LASTMA official that is on duty and has reported one form of illness or the other should be treated free of charge.”

Today, I visited the LASTMA office to interact with the officers on how to improve travel time within Lagos. I also announced a 100% increase in their allowance effective from July.

Traffic management is very central to our agenda #ForAGreaterLagos. pic.twitter.com/QGgschWVHy

He commended the officials for their service to ensure a free flow of traffic and traffic management in the state.

The governor also reiterated his promise to rehabilitate bad roads in Lagos while insisting the government would be strict with traffic offenders.

He tasked the LASTMA officials not to allow any offender go without paying fine saying,

“if the person says he knows the governor, tell him to call the governor to pay the money for the offence.”

Sanwo-Olu urged the traffic management officers to be civil when engaging road users.

“They (people) want a LASTMA officer that shows civility. Courtesy demands courtesy if you are going to even arrest or apprehend somebody, be courteous and respectful to them,” he added. 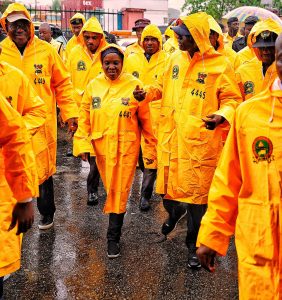