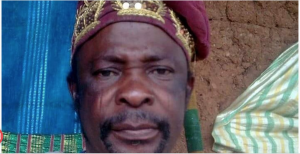 Nollywood actor, Fasasi Olabankewin, popularly known as Dagunro is dead. The actor who hails from Osogbo and known for roles in epic Yoruba movies died this morning.

News of his death was first announced by actor Adekola Tijani who wrote:

‘gone too soon boss! May your soul rest in peace. Love you boss but God loves you most. Dagunro Alajiga Ogun. RIP’.

According to sources close to the actor, the late Olabankewin had been dealing with an undisclosed ailment for the last few years.

He will be buried in Osogbo later today.