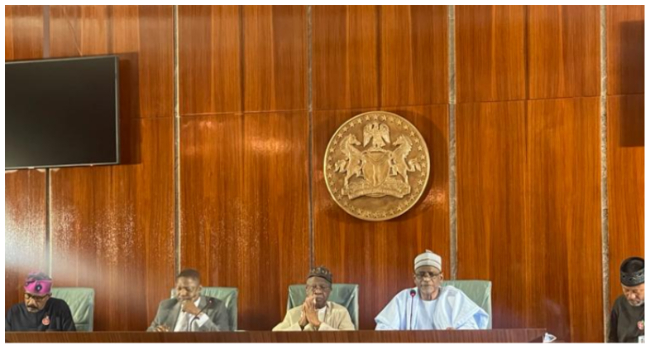 The New National Language Policy has been approved by the Federal Executive Council (FEC) making the various mother tongues compulsory medium of instruction from primary one to six.

He stated that the FEC is aware that its implementation will be difficult but it is necessary to promote the cultivation and use of all Nigerian languages.

He revealed that as of today, 29 languages have become extinct, leaving the country with 625 languages.

For this reason, he disclosed that the mother tongue will be used exclusively for the first six years of education, and then combined with the English language from Junior Secondary School.

Adamu said even though the policy has officially taken effect, it can only be fully implemented when government develops instructional materials and qualified teachers are available.

He further explained that the mother tongue to be used in each school will be the dominant language spoken by the community where it is located.

Vice President Yemi Osinbajo as well as a number of cabinet members were physically in attendance.

Others are Ministers of Niger Delta affairs, Umana Umana; as well as Trade and Investment, Adeniyi Adebayo.

ASUU Strike: We Are Losing Students To Incessant Killings —…