Nigerian actor, Godwin Maduagu has come out as gay.

The budding Nollywood actor confirmed his sexuality in a video shared on his Instagram stories while responding to questions from his followers on the social media platform.

In 2021, the model and actor made headlines after his intercourse with a man leaked on social media. Godwin has since denied the lewd content in the video claiming it was “technology”.

At the time, he stated that he was framed and ‘he was not gay’.

However, in a video seen by Moji Delano on Tuesday, the actor has confirmed his sexuality. He revealed in the video that after battling depression and attempting to take his own life, he is currently happily living his truth.

“After getting a better life for myself, my close friends set me up, blackmailed me and leaked my sex tape. I became depressed and almost committed suicide,” he wrote.

“My family saved me by giving me words of encouragement and advice that kept me going. Look at me now living my truth because I’ve now gotten a strong thick skin.

“Love is love. Say no to blackmail. What will people say have killed a lot of people.”

See photos of his confession below. 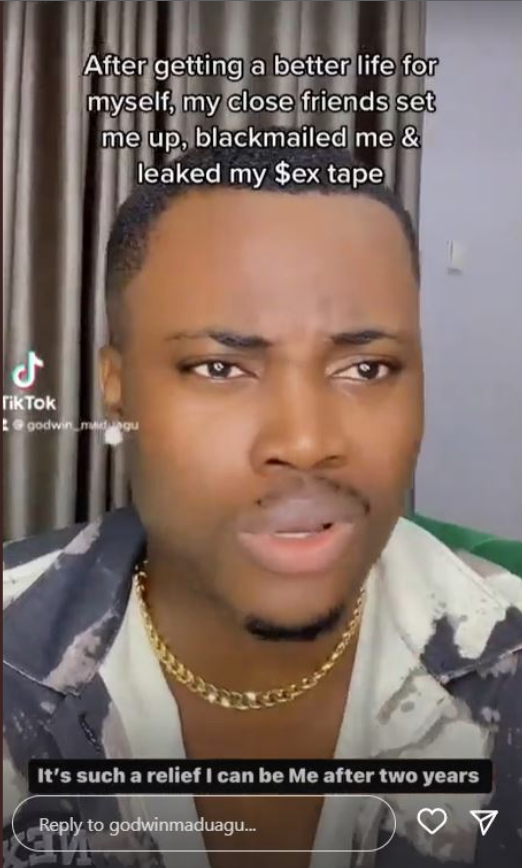 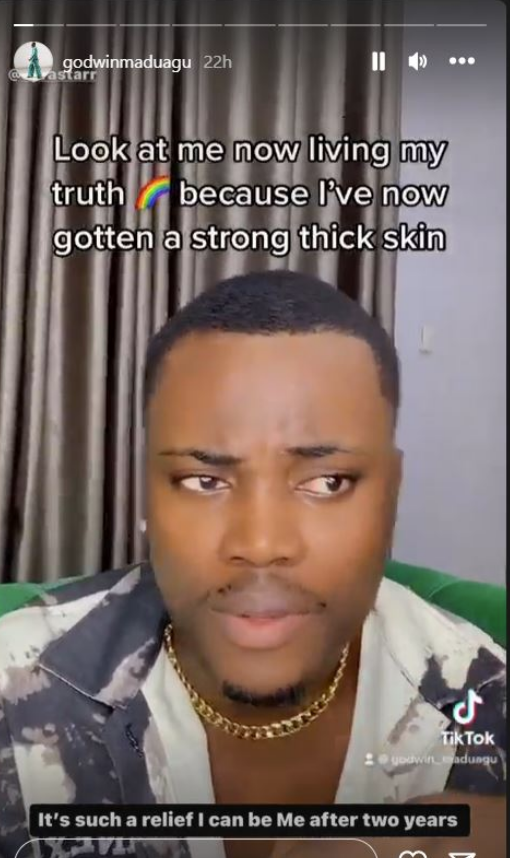 Watch the actor unravel the latest development in his life as he sings along to Ayra Starr‘s single, ‘Rush’.

Ronaldo Will Not ‘Demonstrate’ For LGBTQ+…

Bisi Alimi Recounts What He Experienced During Conversion…