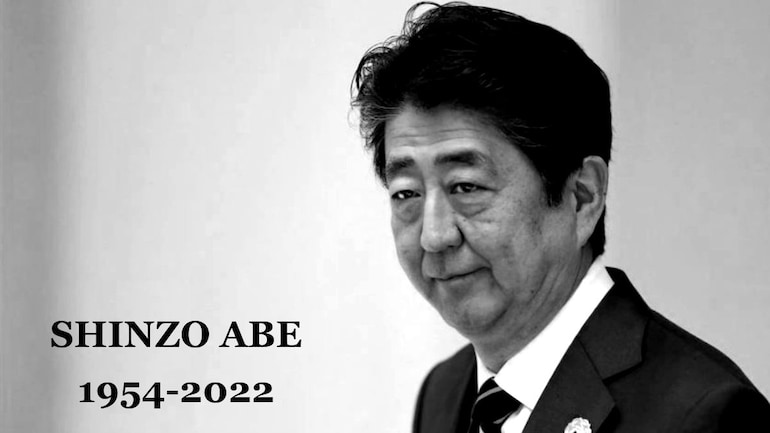 Former Japanese Prime Minister Shinzo Abe died on Friday, July 8, after being shot by a 41-year-old man during an election speech. Shinzo Abe, Japan’s longest-serving leader, was admitted to hospital in grave condition after being shot while campaigning for a parliamentary election in Nara, western Japan.

Earlier, in a press conference, Japanese PM Fumio Kishida confirmed Abe’s condition and said doctors were working hard to save him.

Shinzo Abe was shot from behind minutes after he started his speech. He was airlifted to a hospital for emergency treatment but was not breathing and his heart had stopped. He was pronounced dead later at the hospital.

The 67-year-old Abe was Japan’s longest-serving leader before stepping down for health reasons in 2020.

Former Japanese Prime Minister Shinzo Abe was shot at while campaigning in Nara, western Japan. The suspect was arrested on the spot.

Japan Times reported that 67-year-old Abe was delivering an election campaign speech on a street in Nara around 11.30 am when he was attacked from behind by an unidentified man with a shotgun. He was struck by a bullet in the chest.

Local fire department officials said Shinzo Abe was bleeding after being shot and went into cardiac arrest. He was rushed to a prefectural hospital but was showing no vital signs, reported news channel NHK.

The suspect, a 41-year-old man dressed in a grey T-shirt, was overpowered by security personnel at the scene and taken into custody. Police also retrieved a gun from where Abe was shot at.

The suspect was later identified as Tetsuya Yamagami, a resident of Nara.

Fuji TV reported that Yamagami, a resident of Nara, is a former member of the Japanese Maritime Self-Defence Force, also known as the Japanese Navy. He is also said to have fashioned the gun he used to shoot Shinzo Abe by hand. Yamagami told investigators that he was unhappy with Abe and targeted the former prime minister with the intention of killing him, said a report by the Japanese news agency NHK. However, he said the grudge he has against Abe is not based on political beliefs.

He first came to power in 2006 when he became the prime minister. At 52, he was Japan’s youngest post-war PM. However, he stepped down and resigned a year later as the Liberal Democratic Party lost an Upper House election.

After five years, Shinzo Abe then led his party LDP to a landslide victory in the 2012 Lower House election and became Japan’s PM again.

The leader hailed from a powerful political family that has been in politics for decades. His grandfather served as prime minister between 1957 and 1960, and Abe’s father served as foreign minister.