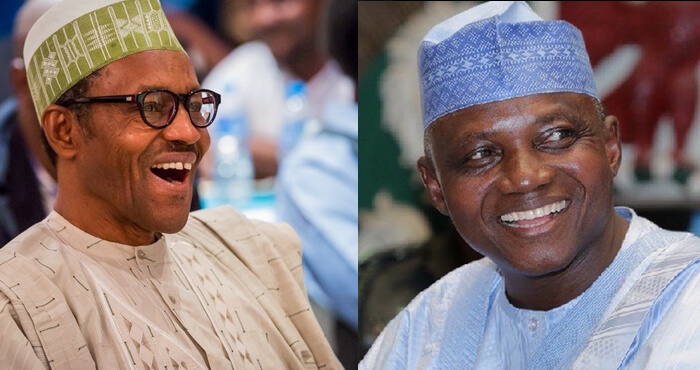 The presidency on Friday, July 15, debunked the report that there is an advisory from the Department of State Service, DSS to President Muhammadu Buhari warning against the choice of a Muslim-Muslim ticket by the All Progressives Congress, APC, for the 2023 general elections.

The presidency called the alleged claim from an internet news source fake.

Recall that Senator Kashim Shettima, a Muslim, was chosen to run alongside fellow Muslim Asiwaju Bola Tunubu for the presidency, sparking controversy and criticism.

A portion of the nation has argued that the selection of a Muslim/Muslim candidate does not adequately represent the country’s religious diversity.

In addition, the alleged web article stated that the DSS had alerted the President to the dangers such a duo posed to national security.

But reacting to the report, the Presidency in a statement issued by the Senior Special Assistant to the President on Media and Publicity, Mallam Garba Shehu, said;

We wish to advise well-meaning Nigerians to ignore a laughably puerile report by an apparently pirate online newspaper seeking to sow division and chaos on the choice of Governor Kashim Shettima as the Running Mate of our Party’s Presidential Candidate, Asiwaju Bola Ahmed Tinubu.

“This so-called newspaper is like a deadly virus. Stay safe by keeping away from its toxic reports.