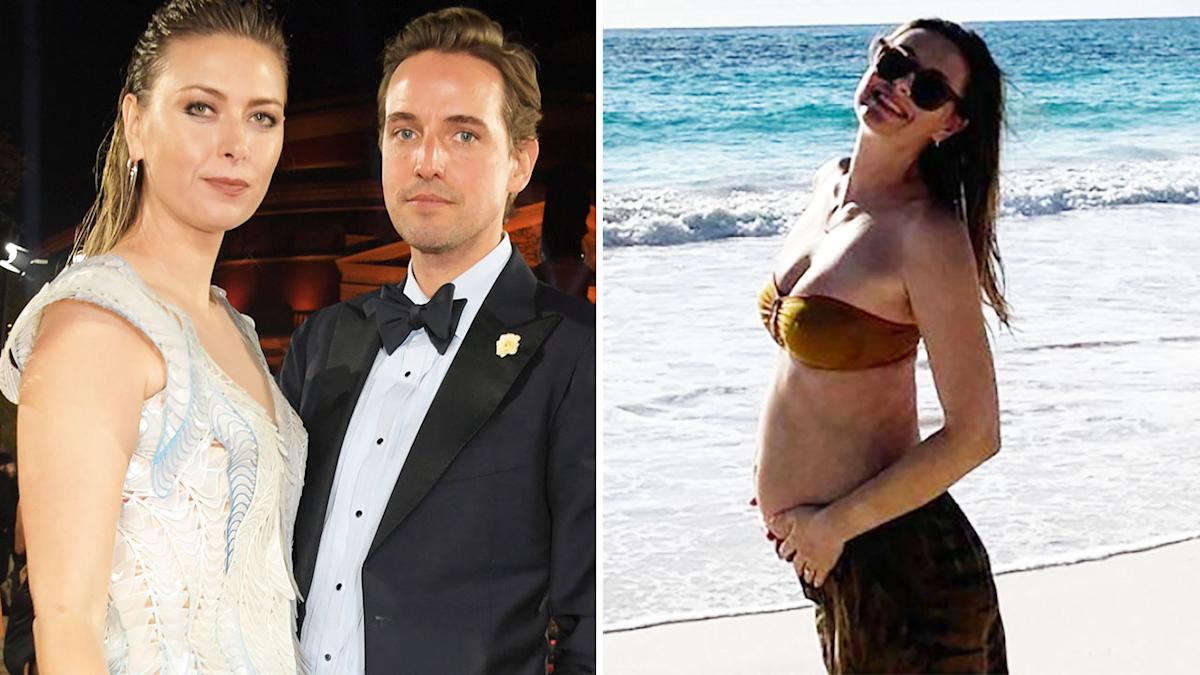 Maria Sharapova announced the birth of her first child Theodore on Friday, July 15, sharing a picture of the newborn along with her fiancé Alexander Gilkes.

The retired tennis champion, 35, and the British businessman, 42, looked every inch the doting parents as they cradled their newborn.

Read Also: Omah Lay Reacts To Ruger’s Statement About ‘Being Better Than Buju’

The Russian five-time Grand Slam champion, who retired from tennis in 2020, penned on Instagram;

The most beautiful, challenging, and rewarding gift our little family could ask for.

She previously broke the news of her pregnancy on her 35th birthday, April 19, by posting a breathtaking Instagram snap in which she bared her bump on the beach.

Maria Sharapova penned: ‘Precious beginnings!!! Eating birthday cake for two has always been my specialty,’ captioned Maria, who included a snap of herself cradling her bump on the beach.

The couple made their major red carpet debut as a couple at the 2019 Met Gala.

The British businessman proposed to the five-time Grand Slam tennis champion in December 2020. He presented her with a dazzling £300,000 diamond engagement ring.

‘I said yes from the first day we met. This was our little secret, wasn’t it @gilkesa,’ wrote Maria Sharapova, who announced their engagement on Instagram.

Speaking with MSN.com in September 2021, Maria Sharapova admitted at the time that the pair ‘haven’t set a date’ due to ‘so many uncertainties’ amid the coronavirus pandemic.

We actually haven’t discussed it yet because we want our friends and family to be comfortable in an environment and not feel like they have to attend something.

Alexander, who was educated at Eton College and the University of Bristol, is the co-founder of venture studio Squared Circles.

From 2011 to 2018, he was the president and co-founder of art and collectibles online auction house Paddle 8, but stepped down when it was sold to The Native.

In other pivotal career moments, Alexander has served as auctioneer for auctions including Madonna’s Raising Malawi and Elton John’s AIDS foundation.

The businessman has been married once before, to fashion designer Misha Nonoo.

The pair tied the knot in Venice in 2012, with reports of their break up emerging in 2016.

The divorce was finalised in the summer of 2017.