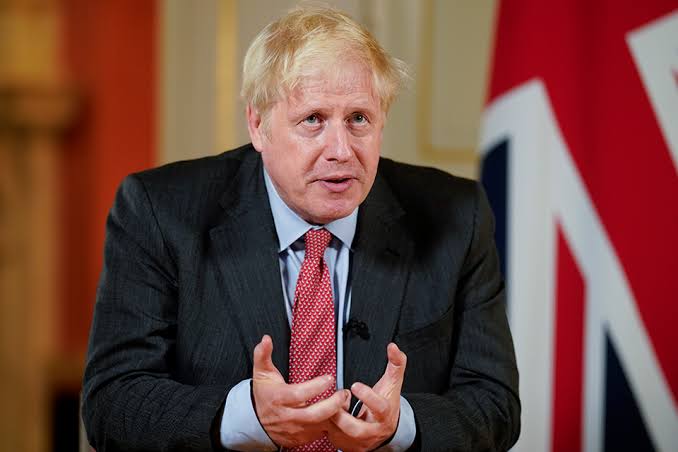 UK Prime Minister Boris Johnson has decided to step down, putting an end to the nation’s government’s paralysis caused by an unprecedented political crisis over his future.

According to the BBC on Thursday, July 7, Boris Johnson will step down as Conservative leader but will remain prime minister until the fall.

According to a No. 10 source, Johnson informed Sir Graham Brady, the head of the Conservative 1922 Committee, of his choice by phone.

The Prime Minister has spoken to Graham Brady and agreed to stand down in time for a new leader to be in place by the conference in October.

Boris Johnson had rebuffed calls by his Cabinet to step down in the wake of ethics scandals. He gave in after more than 40 ministers quit his government and told him to go.

Minutes before the news broke, Treasury chief Nadhim Zahawi called on Prime Minister Boris Johnson to resign just 36 hours after Johnson put him in the job, while another newly appointed Cabinet minister quit her post.

Zahawi said Johnson knew “the right thing to do” was to “go now.”

Zahawi was appointed late Tuesday (local time) to replace Rishi Sunak, who resigned saying he could no longer support Boris Johnson after a series of ethics scandals.

Education Secretary Michelle Donelan, who was also appointed on Tuesday following the resignation of her predecessor, announced her resignation Thursday morning.

Boris Johnson had rejected clamors for his resignation, digging in his heels even as dozens of officials quit and previously loyal allies urge him to go after yet another scandal engulfed his leadership.

A group of Johnson’s most trusted Cabinet ministers visited him at his office in Downing Street Wednesday, telling him to stand down after losing the trust of his party. But Boris Johnson instead opted to fight for his political career and fired one of the Cabinet officials, Michael Gove, British media reported.

He’s breached the trust that was put in him. He needs to recognise that he no longer has the moral authority to lead. And for him, it’s over.

Boris Johnson, 58, was known for his knack for wiggling out of tight spots. He remained in power despite allegations that he was too close to party donors, that he protected supporters from bullying and corruption allegations, and that he misled Parliament and was dishonest to the public about government office parties that broke pandemic lockdown rules.

But recent disclosures that Johnson knew about sexual misconduct allegations against Chris Pincher, a Conservative lawmaker, before he promoted the man to a senior position turned out to be the last straw.

That triggered a series of reports about past allegations leveled against Pincher – and shifting explanations from the government about what Johnson knew when he tapped him for a senior job enforcing party discipline.