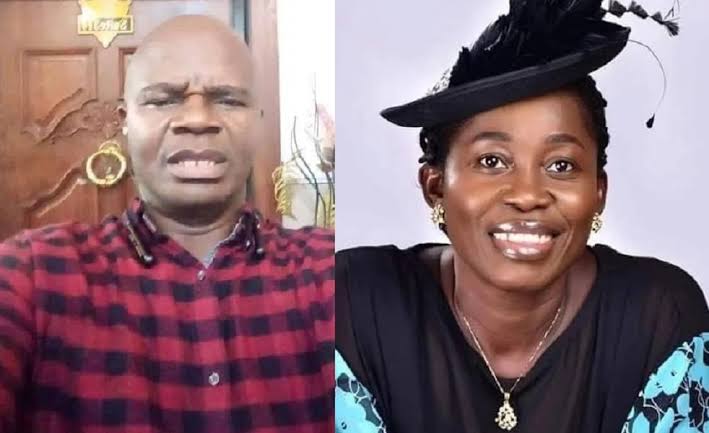 The culpable homicide case against Peter Nwachukwu for the alleged murder of his wife, Osinachi, was dismissed by the Federal Capital Territory High Court on Monday, June 20.

Osinachi, the singer of the popular gospel song Ekwueme, died on April 8 after her husband, Peter Nwachukwu, allegedly assaulted and kicked her in the chest. Her spouse, on the other hand, claims that she died of lung cancer.

The judge halted the case so that his lawyers could align themselves to represent him.

When the matter came up for hearing on Monday, June 20, Prosecution Counsel Aderonke Imana informed the court, presided over by Justice Njideka Nwosu-Iheme, that it was scheduled for hearing and that they were ready to begin.

A. Ogbonna also announced his appearance as watching brief of the nominal complainant.

It reported that the counsel that represented the defendant during his arraignment, Victor Abakpa, however, prayed the court to adjourn the matter until Tuesday, as another lawyer from a different chamber just informed that he was taking over the case.

He further stated that he was equally served additional proof of evidence in the court just before the court started the day’s proceedings.

I.A Aliyu on his part informed the court that he was briefed by the defendant on June 18 to take over the case.

The court, therefore, stepped down the case to 11 am in order for counsel to align themselves and come properly before it.

Osinachi’s two children, mother, and twin sister were among the family members that appeared in court.

The case was halted due to the absence of the trial judge, on June 16.

On June 3, the defendant was arraigned and remanded in the Kuje Correctional Centre after pleading not guilty to the alleged homicide allegation brought against him by the Attorney-General of the Federation.

As a result, he was detained in custody pending the outcome of the 23 counts of domestic violence and homicide filed against him.

Nwachukwu was apprehended by Nigerian police after his wife, Osinachi, died on April 8 as a result of numerous allegations by their children, family, and coworkers that he abused her and caused her death.

Mbaka Distances Self From Protests By Followers Against Church Ban

Abuja Millennium Park Reopens After Two-year Closure Due To…