Native Doctor Arrested Over Involvement In Death Of Anambra Lawmaker 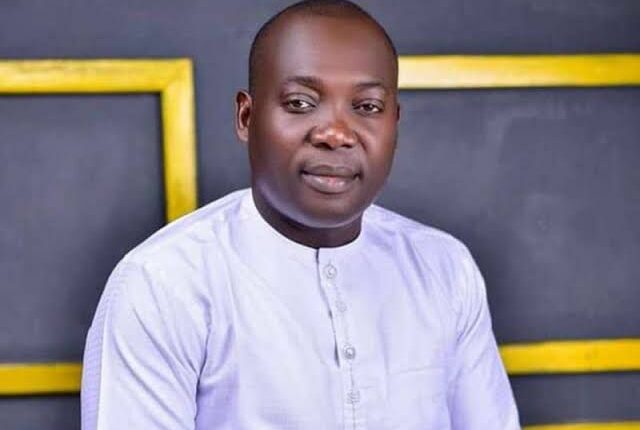 Native doctor identified as Chief Chukwujekwu Onuorah, popularly known as Egbe-Ejiejeogu has been arrested for his alleged involvement in the killing and beheading of Anambra lawmaker, Hon Okechukwu Okoye, and his aide, Cyril Chiegboka.

This recent development was disclosed on Wednesday, by a human rights group, International Society for Civil Liberties and Rule of Law (Intersociety), stating that the native doctor was arrested in Awka, the Anambra State capital.

According to a statement released by the Intersociety, the native doctor is a younger brother to a famous cultural dancer and founder of Egedege cultural group, Queen Theresa Onuorah.

It was gathered that the native doctor had earlier escaped with bullet wounds, when security agent raided his home in Unubi, Nnewi South Local Government Area, but was tracked down to Awka, where he was being treated in a private clinic.

The statement, which was signed by the group’s BoT Chairman, Mr Emeka Umeagbalasi, revealed that he was technologically trailed after he was found to have used the beheaded lawmaker’s sim-card to make criminal calls.

The arrested kingpin is the blood brother of revered Queen and Founder of the Famous Egedege Cultural Dance, the 80 years old Queen Theresa Onuorah of Unubi in Nnewi South Local Government Area of Anambra State.

Chukwujekwu Onuorah is believed to be in his 70s. His arrest was in connection with the abduction, disappearance, beheading and decapitation of Hon Okechukwu Okoye, an Isuofia Aguata born Anambra State Assembly lawmaker, who was abducted on 15th May 2022.

Meanwhile, the assassins of the kidnapped/beheaded lawmaker were earlier traced to Unubi, where ransom running into millions of naira was physically delivered. After the money was received, they still went ahead to kill and decapitate the lawmaker.

Also included in the statement:

The cell phone of the slain lawmaker was put in monitoring devices during which it was found to have been used by Egbe-ejiejeogu to make several criminal calls days after he was beheaded.

Between early hours of 28th (last Friday) and 29th (last Saturday) May 2022, the house of the arrested kingpin was raided after he was tracked to be at home. He made a magical escape after several gunshots were fired at him and he escaped by jumping into a ditch. After recovering several incriminating items including guns and bullets and his portrait, the operatives trapped him by leaving behind one of his cell phones.

Between late night of 30th May and early hours of 31st May 2022, the cell phone was tracked to a private hospital in Awka forcing the operatives of the DSS to storm the clinic where he was arrested alive in bandage while trying to board a tricycle (KEKE).

In reaction to this development, the Anambra State Police command, the spokesperson, DSP Toochukwu Ikenga , said he could not confirm the arrest immediately as he had not been briefed, but explained that the state police command was carrying out several operations simultaneously in the state.

I have not been briefed but I know there is an operation going on now. I will get back to you with full details as soon as I can.