“Is It Rapture? Get Your PVC” – Nigerians React As ‘Jesus’ Trends Online 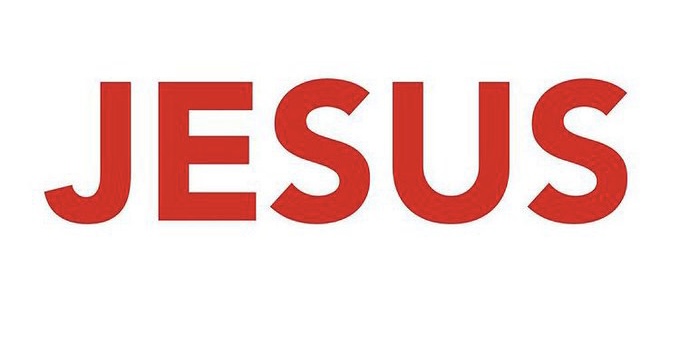 Many Nigerians have taken to social media to participate in a challenge, causing the name ‘Jesus’ to trend across various platforms.

Jesus is believed to be the Jewish messiah (the Christ) who is prophesied in the Old Testament section of the Bible.

The challenge began after popular Christian musician and saxophonist, Nathaniel Bassey earlier today gave an instruction to his followers.

He asked them to put up an image which reads ‘Jesus’ as their profile photo across various social media platforms, including WhatsApp and Twitter at exactly 12pm.

The gospel singer also asked followers to declare the name of Jesus into the atmosphere and that when the world asks what’s going on, their response should be; “JESUS IS GOING ON!”

Bassey then shared a Bible passage – Phillipians 2-9-11 which talks about God highly exalted his son and given him a name which is above every name.

Can we make this our profile picture at 12 noon on all your social media handles? (WAT) in a few minutes Time. Also share as a post on your timeline and as your story. And for the rest of the day ??? And also declare that name into the atmosphere ! JESUS!
Let the world ask what is going on.
And we’ll tell them – JESUS IS GOING ON !

Can we do this?
Tag others !

9 Wherefore God also hath highly exalted him, and given him a name which is above every name:
10 That at the name of Jesus every knee should bow, of things in heaven, and things in earth, and things under the earth;
11 And that every tongue should confess that Jesus Christ is Lord, to the glory of God the Father.”
Phil 2:9-11

Let’s release this fragrance over our land and nation. And the nations of the earth.

Following the announcement, many Nigerians and followers of the gospel musician adhered to the instruction, sharing the photos across their social media handles.

As at the time of this publication, ‘Jesus‘ was the number one trending topic on Twitter as well as the hashtags ‘#WhatsGoingOn‘, and ‘#Rapture.”

As the photo spread across various social media platforms, some Nigerians unaware of the challenge began asking questions.

Some curious Nigerians took to Twitter to ask why the photo was going viral, wondering if rapture had taken place.

Amid the challenge, other social media users especially tweeps began to push conversation about how Nigerians are under the spell of religion.

Some stated that while Nigerians should be encouraging each other to arm themselves with their Permanent Voter’s Card ahead of 2023 general elections, they are concerned about religion.

Check out some of these varying tweets below;

Jesus everywhere.
Jesus at the centre of everything.
Love to see it.#Jesus pic.twitter.com/2nODZ8lUip

Some people called me to ask if rapture has taken place, they are just seeing #Jesus everywhere
One day, #Rapture will trend, you’d call me to ask what is happening,
I won’t be able to pick up
I go don dey Dinner with #JESUS
But For now, I mean presently #Jesusisgoingon pic.twitter.com/r8pCUjuJrr

Finally the world acknowledges him. I came online to see #Jesus and #Rapture trending; all I can I say is I’m grateful I didn’t miss it. I just pray when #Rapture happens for real, I won’t be here typing another tweet. pic.twitter.com/4nIpD2LWOi

No matter how much of a big boy/ bad boy I am. I no dey joke with this name #Jesus . And there’s nothing you can tell me Cos e dey always answer whenever I call am. Real big boy/bad boys know this!#Jesus #Jesus #Rapture
Nathaniel Bassey pic.twitter.com/bobQ0HYgUp

Na here I give up

I think people are posting what they are believe in B’cos somebody is here posting Sango pic.twitter.com/sQoZdigSDG

From the Rising of the Sun
To the Setting of the same
Your Name is to be Hallowed
Ah Ah Adonai#Jesus#Jesusisgoingon pic.twitter.com/NMa6I9Btwa

John.14.6 – Jesus said to him, “I am the way, the truth, and the life. No one comes to the Father except through Me.#Jesus pic.twitter.com/vhfUD6j3Xa

“…For there is none other name under heaven given among men, whereby we must be saved.”#Jesus pic.twitter.com/YsjiB3JM8k

Until the earth is filled with knowledge of his Glory, as the water covers the Seas… JESUS. What God cannot do does not exist.. pic.twitter.com/WzWoDQPFR7

What is this Jesus with red marker on white background meant to achieve exactly? I really would love to know.

Nathaniel Bassey urged people to trend graphic words JESUS, & the turn up is awesome. But nothing about PVC sensitization or youth participation in elections.

I’m not talking about religion here, just his influence as a gospel artist.

BREAKING NEWS: It has just been discovered that people can put ‘Jesus’ on their profile pictures, ask Him to help Nigeria & still use their PVCs in 2023.

Scientists have found out that doing both are not mutually exclusive, so stop clowning people for it. Thank you.

Posting ‘Jesus’ doesn’t mean they won’t go and get their PVC’s. You wey e Dey bite for body, hope say you don collect your own PVC.

Nathaniel Bassey should help us tell people to get their PVC cos it didn’t take 24hrs to make us take heed.

As we dey anoint the land,make we get our PVC too.

People post Jesus and you’re already sewing threads and cooking agenda as to why they should be posting about PVCs and stuff instead. Is it your post, beloved? Why are you so triggered by such a beautiful name? 🙂#JESUS

Let people post their #JESUS in peace.
Getting a pvc and posting Jesus are not mutually exclusive🙏🏽

We know we will get our PVC’s and vote!
We know Jesus won’t vote for us !
But allow us post our Jesus In peace!
Unless the LORD builds the house, the builders labor in vain. Unless the LORD watches over the city, the guards stand watch in vain.>>> psalm 127:1.
Rest in Jesus name!