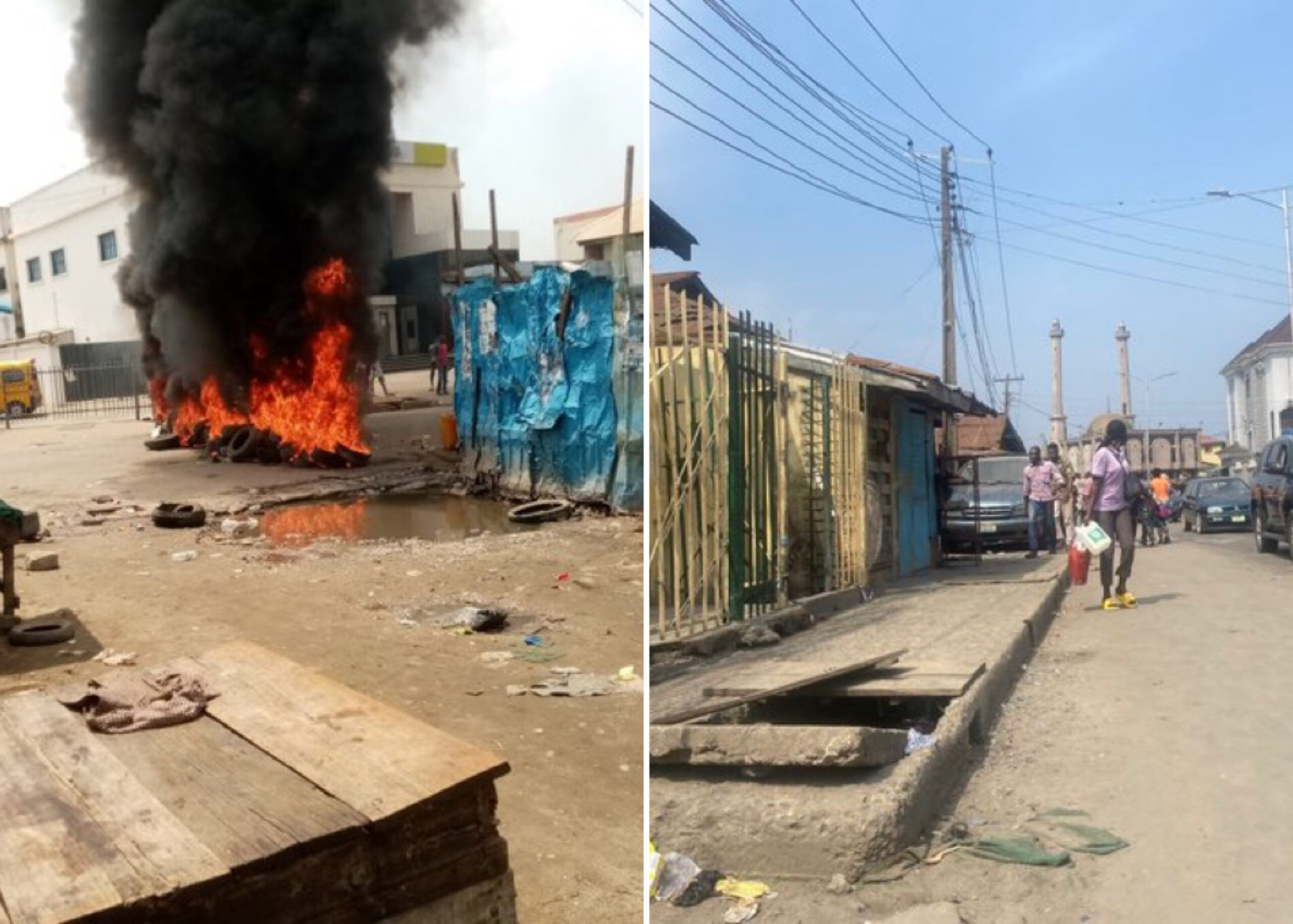 Commercial motorcyclists and police officers attached to the Lagos task force have clashed in Idi-Araba axis of the state.

Recall that Lagos government banned motorcycle operations in some locations which took effect from June 1, 2022.

In enforcing the ban, authorities have in the last few days seized and crushed thousands of bikes, sparking outrage among some Lagosians.

Unfortunately, trouble began in Idi Araba area after some task force officers deployed to the area; to enforce the okada ban impounded some motorcycles.

The deployment of the police officers angered the motorcyclists in the area who were acting in a breach of the state government’s directive.

In a bid to resist the police officers, the motorcyclists reportedly set up bonfires using tyres — a development that caused apprehension among residents of the community.

The police officers also reportedly shot tear gas at the protesting motorcyclists in order to disperse the crowd.

The chaos started after the police officers impounded some motorcycles in the area.

Videos of the clash have appeared on social media as many social media users advised commuters to tread with caution while plying the route.

Be safe guys!! There is an ongoing conflict in idi araba area! Bike boys and the police! Jesus take control over Nigeria🙏🏽 https://t.co/L44J2rxf3Y

VIDEO: Unrest in Lagos as bike riders, police clash in Idi Araba
This area is also close to Luth. Residents are advised to stay safe!
pic.twitter.com/4NQidQjvga

Reacting to the development, Benjamin Hundeyin, Lagos police spokesperson, in a statement, said some “lawless” motorcycle operators were trying to cause trouble after their motorcycles were impounded.

Hundeyin added that police officers have been drafted to the area and there is “absolutely nothing to worry about”.

Idiaraba is safe. Nothing to worry about. Just some lawless motorcycle operators trying to cause trouble after their motorcycles were impounded. Our men are fully on ground. CP Abiodun Alabi personally coordinating our response.

Idiaraba is safe. Nothing to worry about. Just some lawless motorcycle operators trying to cause trouble after their motorcycles were impounded. Our men are fully on ground. CP Abiodun Alabi personally coordinating our response. https://t.co/DKn7TP8uWB

“Is It Rapture? Get Your PVC” – Nigerians React As ‘Jesus’ Trends Online

I Know A Name That Can Change The Current State Of Nigeria For Good – RCCG, General Overseer