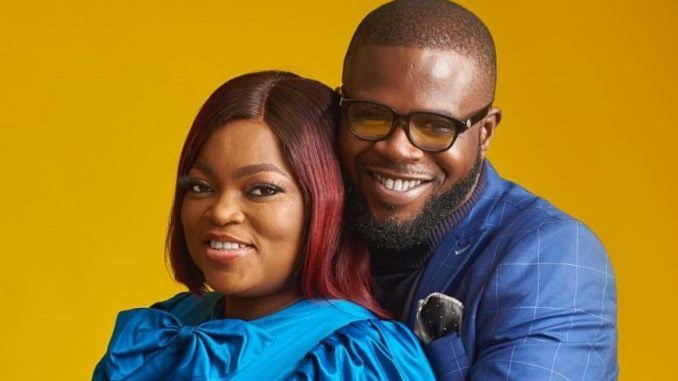 The award-winning Nollywood duo of actress Funke Akindele and artiste, Abdul Bello also known as JJC Skillz, has announced a separation in their marriage.

This was announced on Thursday, June 30, via a lengthy post on the Instagram page of JJC Skillz.

According to the rapper, the last couple of years have been very difficult for the couple and efforts at reconciliation with Funke Akindele, in the aftermath of events at the Africa Magic Viewers’ Choice Awards, have proved abortive.

JJC Skillz, however, revealed that the wellbeing of their children is of paramount importance and there will be discussions towards an amicable custody arrangement.

Dear Friends and family I need to let you know that Funke and I have separated. While it lasted we shared a lot of things together and have created 2 beautiful children. The last two years have been extremely difficult for us. I know I have tried my best to fix things but believe it is beyond repair now.

3 months ago and at Funkes insistence I moved out of the house and apart from AMVCA have not been able to get Funke to sit down in an amicable manner to discuss the future of our relationship. I’m making this announcement so that the public is clear that we both are pursuing separate lives.

We still have issues that need to be addressed such as the custody and wellbeing of our children which is paramount as well as business interests which need to be disentangled but I have no doubt that these will be resolved one way or the other.

R Kelly: Why His Conviction Took So Long, Secrets Behind ‘Sex Scheme’

COVID-19: WHO Raises Alarm About Worldwide Rise In Cases