Breaking: Three Sentenced To Death By Hanging Over Killing Of Fasoranti’s Daughter 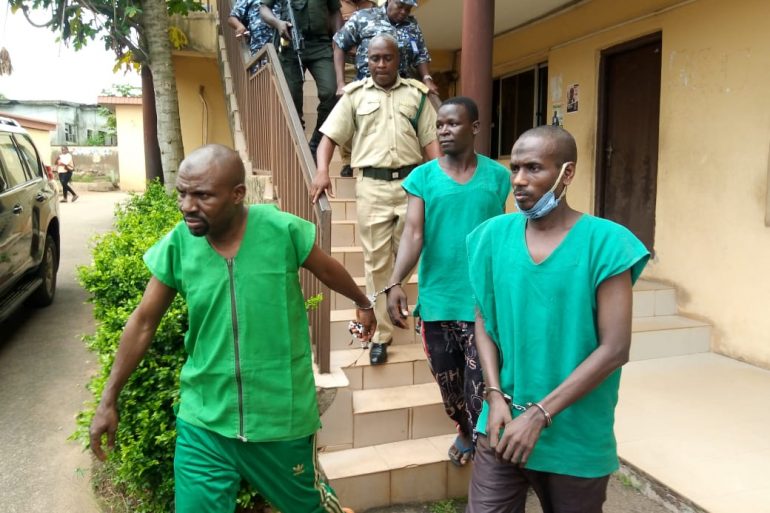 An Ondo State High Court Sitting in Akure has sentenced three persons to death by hanging over the killing of Olufunke Olakunrin, daughter of former Afenifere Leader, Reuben Fasoranti.

The convicts are Awalu Abubakar, Muhammed Shehu and Adamu Adamu.

Recsll that police operatives on April 16, 2020 announced the arrest of the killers of Mrs Olakunrin.

The then IGP after the murder of Olakunrin deployed the CP of Federal Special Anti-Robbery Squad (FSARS), CP Fimihan Adeoye, as well other investigators to carry out massive manhunt for the killers with the aim of arresting and bringing them to justice.

However, after months of relentless efforts to apprehend the killers, the Police Team, on 4th March, 2020 during a follow-up action on a case of a high-profile armed robbery and kidnap for ransom that occurred in Ogun State, arrested one Auwal Abubakar, an accessory to the crime. This led to the arrest of others.

The trial judge Williams Olamide found the trio guilty of involving in murder, kidnapping and armed robbery and sentenced them to death.

Justice Olamide however discharged and acquitted one of the accused, said to be the public relations officer of Miyetti Allah, Auwàla Abubakar. 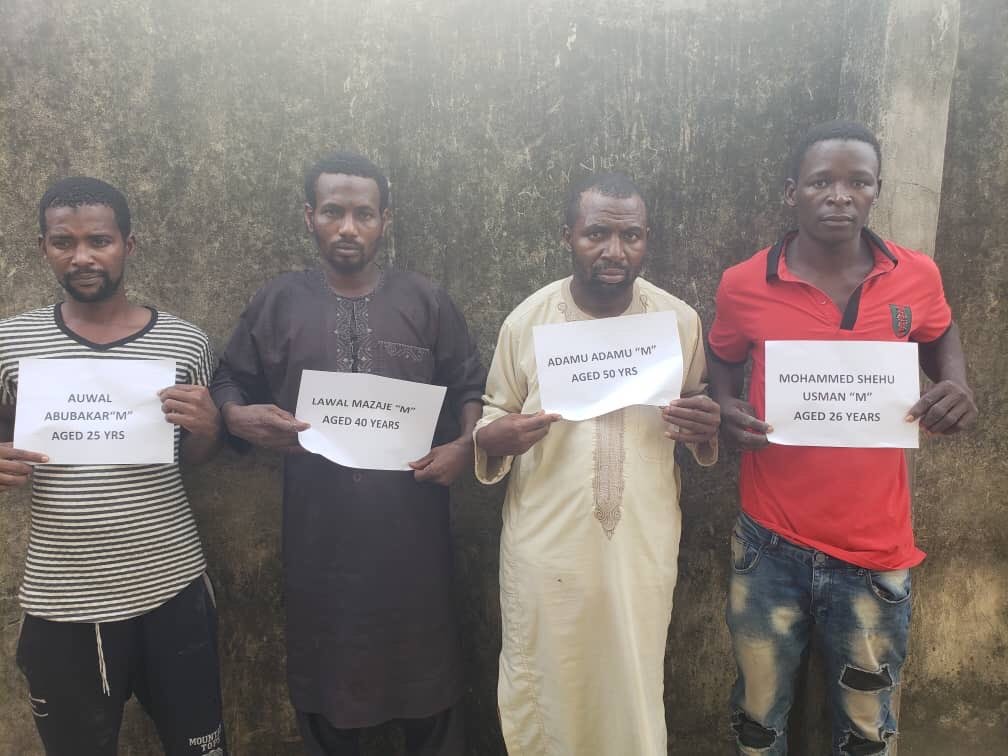 The judge held that the prosecution proved its case beyond a reasonable doubt. The judge had reserved today for the judgement after listening to submissions and adopted the final written addresses from the prosecution and the defence counsel.

The judgement came three years after the killing and trials of the arrested suspects by the government.

It would be recalled that Mrs Olakunrin was travelling from Akure to Lagos after visiting her father when the gunmen struck and killed her on the Ore federal highway on July 12, 2019.

She was buried few weeks after her gruesome murder.

Her gruesome death had attracted a wide range of condemnation from Nigerians, including political and social groups.