Rapper, Gunna Surrenders To Police After Indicted In Racketeering Charges Alongside Young Thug, 26 Others 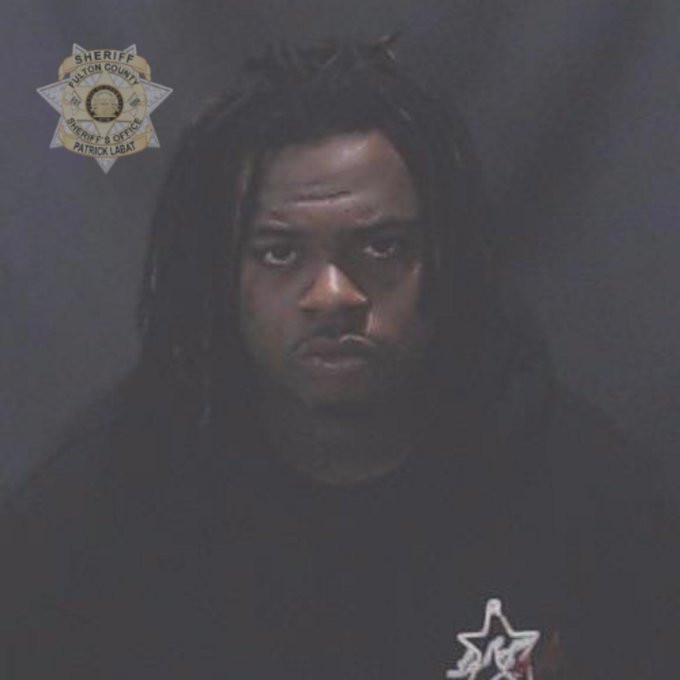 American rapper, Gunna has reportedly turned himself in to authorities on charges of conspiring to violate Racketeer Influenced and Corrupt Organizations (RICO) Act.

According to a report from local Atlanta news outlet CBS46, Gunna, 28, was arrested late yesterday, May 10 on a charge of Conspiracy to Violate the Racketeer Influenced and Corrupt Organizations Act (RICO).

He was booked in Fulton County Jail and is due in court today, Wednesday.

The latest development comes a day after Gunna, Young Thug, and 26 other Young Slime Life (YSL) gang members and associates were hit with RICO charges.

He was booked in Fulton County Jail on charges of Conspiracy to Violate the Racketeer Influenced Corrupt Organizations Act and Participation in Criminal Street Gang Activity.

Young Thug, born Jefferey Williams, appeared in court for the first time since his arrest yesterday, May 10. It remains unknown at this time whether or not he will be allowed bail.

Both Williams and Kitchens were among 28 people named in a 56-count indictment in Fulton County.

The indictment also said one of the group’s objectives was “preserving, protecting and enhancing the power and territory of the enterprise through acts of racketeering activity including murder, assault and threats of violence.”

Police believe Williams and two others founded YSL, which began in late 2012. The group claims to be affiliated with another gang, Bloods, police said.

Additional charges of murder, armed robbery, aggravated assault with a deadly weapon, theft and possession of controlled substances and firearms.

The conspiracy charges stems from alleged incidents that occurred between January 2013 and April 2022, including the 2015 murder of a rival gang member named Donovan Thomas Jr. and the jail stabbing of YFN Lucci earlier this year.

Young Thug allegedly rented the car that was used in Thomas’ murder, while prosecutors claim he gave fellow YSL members, Christian Eppinger and Antonio Sumlin the green light to carry out the attempt on Lucci’s life.

Eppinger, who was accused of shooting and seriously injuring an Atlanta police officer earlier this year, was named in the indictment, as well.

Meanwhile, Gunna has been tied to the crimes due to him wearing YSL chains and sharing content such as photos and videos on social media that promoted the “criminal” collective.

In RICO cases, individuals can be punished for crimes carried out by the larger criminal organization.

Reacting to the charges, Young Thug’s attorney, Brian Steel, issued a statement to XXL, proclaiming the rapper’s innocence in the matter.

Mr. Williams has committed no violation of law, whatsoever. We will fight this case ethically, legally, and zealously. Mr. Williams will be cleared.

She addressed the large-scale operation against YSL and claimed her main focus is going after street gangs, saying they contribute “conservatively 75 to 80 percent of all of the violent crime” in the communities at hand.

It doesn’t matter your notoriety or fame, if you come to Fulton County, Georgia, and you commit crimes, you are going to be a target and a focus of this District Attorney’s office.

DA Willis went on to say that many people who were arrested under the RICO indictments could be facing life in prison if found guilty on the charges.

R. Kelly’s Ex-Associate Says He Bribed Official To Get Fake…