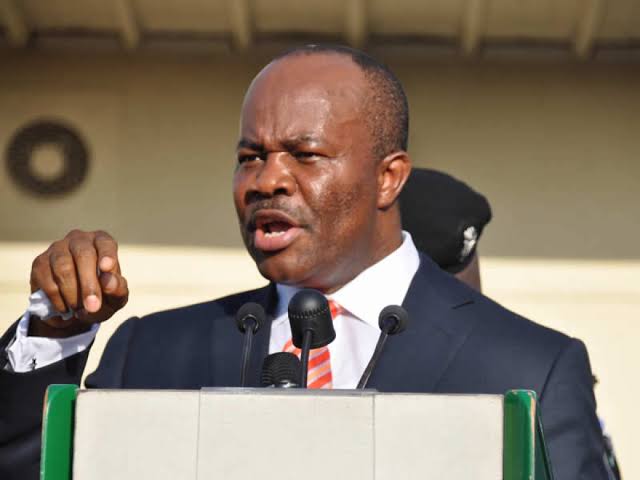 Minister of Niger Delta Affairs, Senator Godswill Akpabio, has resigned his appointment to pursue his 2023 presidential ambition as directed by President Muhammadu Buhari.

Akpabio’s media aide confirmed the resignation of his boss to journalists on Wednesday evening, May 11.

He said the Minister submitted his resignation letter to the Secretary to the Government of the Federation ahead of submission of his presidential expression of interest and nomination forms to the All Progressives Congress (APC).

The former Akwa Ibom State joined the Minister of State For Education, Chukwuemeka Nwajiuba and Minisiter of Science and Technology, Dr Ogbonnaya Onu who had earlier resigned on Wednesday after President Muhammadu Buhari asked his appointees who wanted to contest for position in the 2023 election to resign on or before the 16th of May 2022.

Akpabio was governor of Akwa Ibom from 2007 to 2015. He was elected Senator after his tenure, but he defected from opposition Peoples Democratic Party to the ruling APC in 2018.

However, he lost his bid to return to the Senate in the 2019 Election and was later appointed the Minister of Niger Delta Affairs by President Buhari.

Akpabio declared his intention to contest for the 2023 presidential ticket of All Progressives Congress at the Ikot Ekpene Stadium in Akwa Ibom State about two weeks ago.

Other ministers in the President Buhari’s cabinet who have indicated interest in running for offices in the 2023 general election and are therefore expected to resign in the days ahead are Abubakar Malami, the Minister of Justice, Chibuike Rotimi Amaechi, the Transport, Uche Ogar, the Minister State For Mines and Steel and Chris Ngige, the Minister of Labour and Employment.