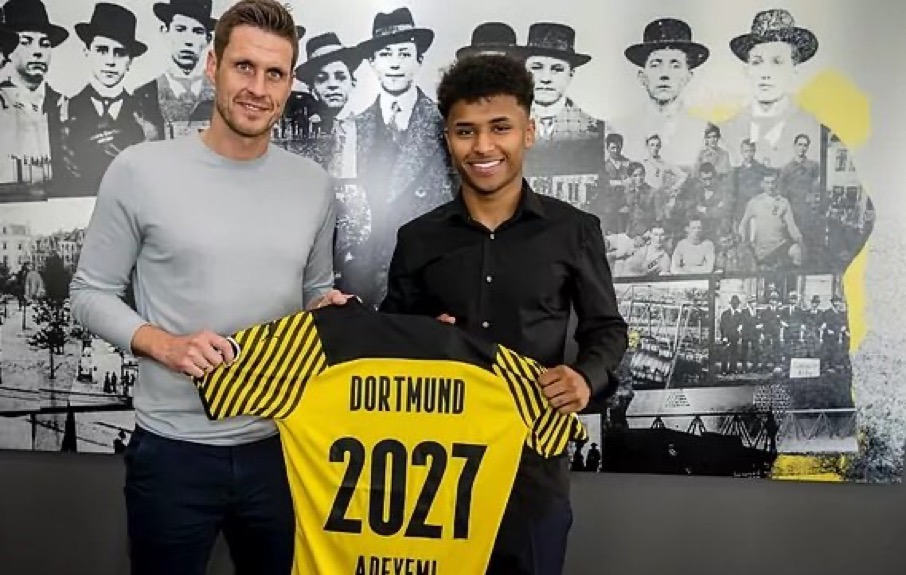 Karim Adeyemi, the Nigerian-German striker, has joined Borussia Dortmund from RB Salzburg on a five-year deal.

The deal was announced on Tuesday in a statement on the website of the Bundesliga side.

The contract will see the 20-year-old stay at the Signal Iduna Park until June 2027.

Borussia Dortmund have signed attacking player Karim Adeyemi from Austrian champions RB Salzburg. The 20-year-old completed his medical in Dortmund today and signed a contract this afternoon which will keep him at the club until 30 June 2027.

Adeyemi, an U21 European Championship winner in 2021, is currently the leading scorer in the Austrian Bundesliga with 19 goals. During his four years in Salzburg, he has won six trophies (three league titles and three cups).

In the current season, Adeyemi has made a total of 35 appearances (22 goals/six assists) for Salzburg in the Bundesliga and the UEFA Champions League. On 5 September 2021, he made his senior debut for Germany in a World Cup qualifier against Armenia and scored his first international goal.

Adeyemi, born to a Nigerian father and Romanian mother in Germany, was signed as a direct replacement for Erling Haaland, who is on the heel of an £85.5 million move to Manchester City.

“Karim Adeyemi is a very talented young German international whose strength at the end of our attacking game will look just as good as his extreme speed,” said Michael Zorc, Dortmund’s sporting director.

In addition, Adeyemi has a great fondness for BVB, because his heart was already beating for the black and yellow when he was young and that he has decided to reject many offers from the main European leagues in order to play for Borussia Dortmund.