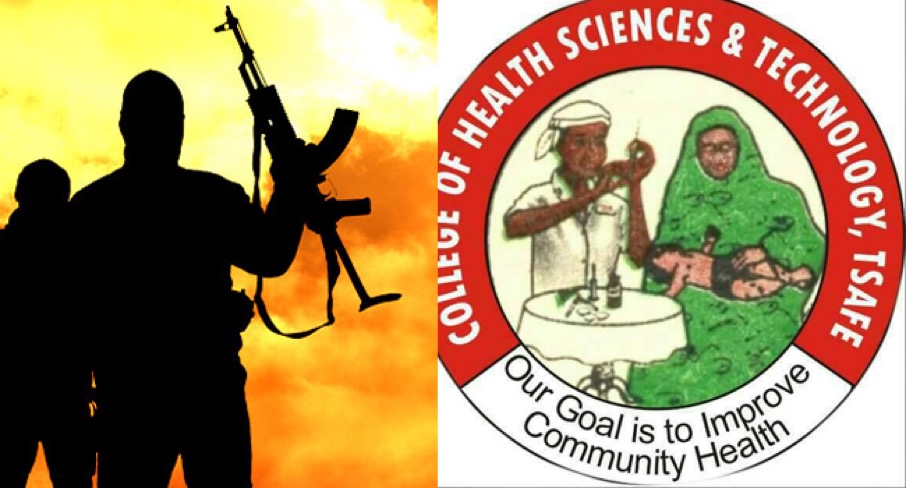 Bandits have invaded a residential area in Tsafe town and abducted five students of College of Health Science and Technology, Tsafe, Zamfara State.

Tsafe is a hotbed of banditry in the state. Several communities have been sacked and thousands killed and abducted in Zamfara State by groups of gunmen.

The incident happened in the early hours of Wednesday. A source in the area told Channels Television that the students were abducted when heavily armed men stormed their residence outside the school campus.

He said the bandits could not gain entrance to the school due to the heavy presence of security personnel.

The source, however, stated that one of the students escaped from the abductors.

Local sources told PREMIUM TIMES that the bandits attacked a privately run hostel opposite the school at around 11.24 p.m. and abducted many of the students in the residence.

Usman Abdullahi, an older brother to one of the victims, Asamau Salisu, said his family was informed of his sister’s abduction on Wednesday morning.

“We woke up to that phone call that my sister was one of the students taken,” he said.

Meanwhile, the police spokesperson in the state, Mohammed Shehu, confirmed the attack to this newspaper on Wednesday morning when our reporter reached out to him for comments on the incident.

He said the bandits broke into a rented apartment around 3 a.m. and abducted the students. He said four students of the school were abducted.

Yes. But it was not inside the school as I’ve seen some of you saying. The attack was in an off-campus area. Five female students were abducted but one of them escaped while they were being taken into the forest and she has now returned home. The remaining four are with the bandits.

Shehu added that the state police command has drafted its special forces alongside other security personnel to rescue the victims.

As I speak with you now, our men are in the forest for rescue operations. I’ll update you.

Monday’s incident adds to the long list of kidnaping in schools in Nigeria’s northwest region where banditry has gained roots.

Several schools in the region have been attacked in recent months with scores of students kidnapped but later released. Authorities have, however, denied paying ransom for the freed students.

Despite efforts by the government, banditry is on the rise and critics have accused authorities of being complacent in tackling the menace.

As part of plans to tame it, some governments across the region last year introduced a string of measures, including banning of sales of petroleum products in jerry cans and blockage of telecommunication services. But the moves were reversed months after.

Federal Government had also designated the bandits as terrorists as calls mount for the criminals to be more military action against them.