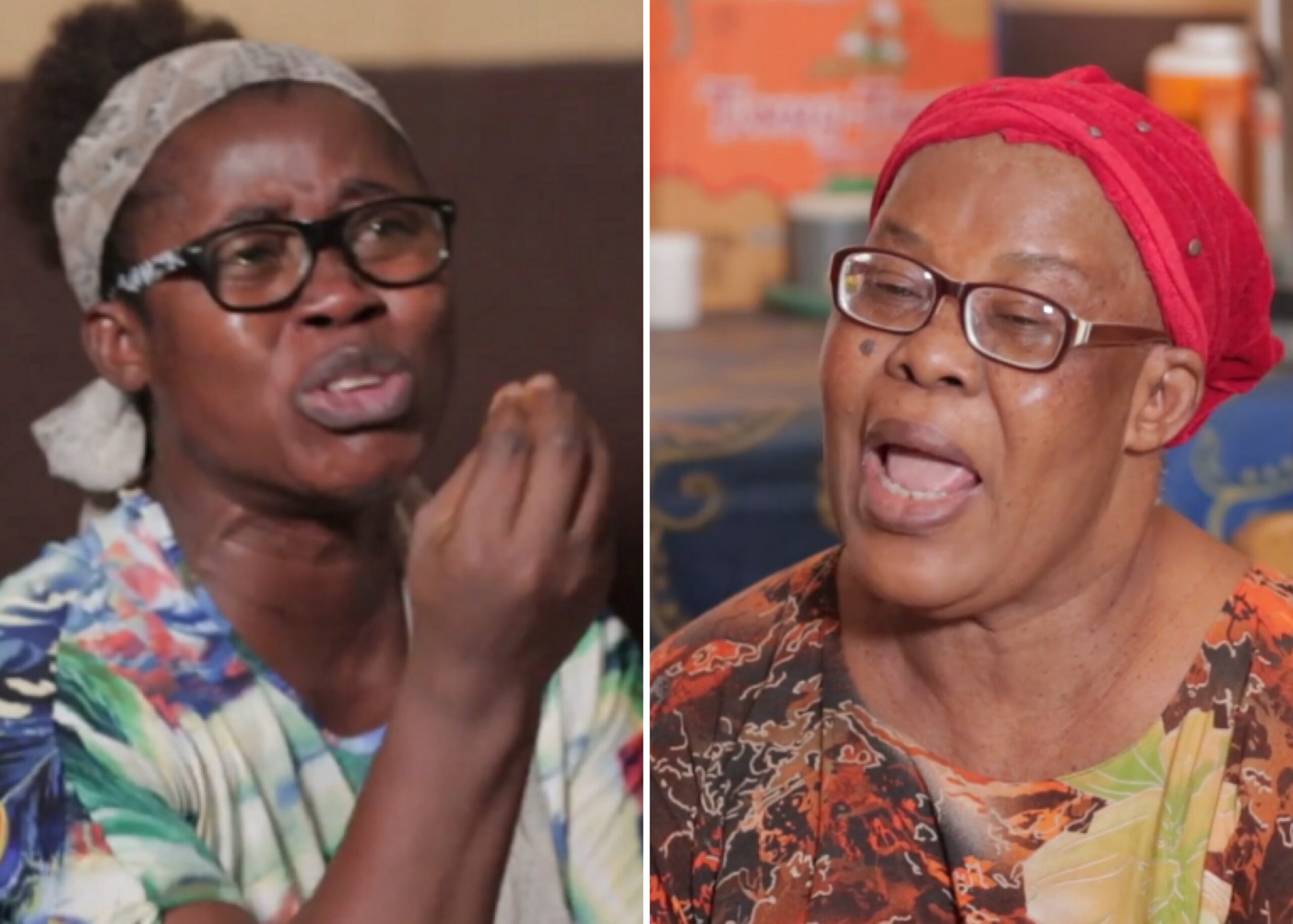 Twin sister and mother of Osinachi Nwachukwu have opened up about the troubled marriage of the late gospel singer.

Late Osinachi was a lead singer at the Dunamis International Gospel Centre. She is best known for the song ‘Ekwueme’ which featured Prospa Ochimana. Unfortunately, the renowned singer died on Friday in an Abuja hospital, sparking allegations of Osinachi being a silent victim of domestic assault from her husband, Peter.

Peter was earlier arrested after Osinachi’s death was attributed to physical abuse.

The singer was initially thought to have died of throat cancer but her associates claim it may be connected to an alleged assault by her husband, who is now being investigated by the police.

In a video exposé by BBC Igbo, Amarachi Eze, Osinachi’s twin sister, alleged that Peter was an abusive partner who took control of the singer’s finances and dictated her movement.

She said Osinachi had called several times to lament Peter’s maltreatment of her but would often not reveal details.

I’m traumatised. It was at a gospel singing programme in Abuja they met. Osinachi rejected him but he would call me obsessively to help persuade my sister. They didn’t court but he paid the bride price and they wedded. He refused that I’d be the bridesmaid, something my sister and I had promised we’d do for each other. I wept. Peter became over-controlling and prevented Osinachi from picking calls. When we both became pregnant, she was at Redeemer Hospital in Enugu but he stormed the place at midnight to pick her up and the nurses were concerned. In anger, I visited Prince Ukachukwu’s home where Peter was the next morning but the security men intervened.

Peter returned to Abuja and Osinachi put to bed without telling us. Peter vowed he would split my sister and I. He kept us out so much that when I came for a convention in Abuja, he didn’t let us see each other.

Eze said the singer would sometimes stay away from home, even while she was sick, to avoid the marital trauma.

When we were to perform a song together, Peter locked her up. People feared him. He denies her access to visit us when she comes to Enugu. Osinachi would fall sick but she’d not stay home for fear of maltreatment. He beats Osinachi up. During her last childbirth, Peter locked her out in the cold with her infant. Her kid handed her a blanket from the window. Before Osinachi performs at an event, Peter claims the pay, leaving her penniless.

Osinachi would have achieved more but he dictates where she can or can’t go. My husband, out of anger, bought me a flight ticket to go check on her but Peter was enraged that I visited without his consent. He threw me out. She cried. Peter lied she had cancer and chased us away when we visited her at National Hospital Abuja. I begged him to take care of Osinachi who pleaded she would contact me instead. It was an outsider that later told me she passed away.

The mother of the deceased, who also spoke in the video expose, said she had arranged for her daughter’s exit from the marriage but the gospel singer would later return, out of her own volition, to her husband after 15 months away.

When she put to bed, I was not told. It was her neighbors and friends that told me. I called her and she confirmed it. I called Peter and he asked me to bother him, saying he’d do as he pleases. I reminded him of how he identified as a pastor before I accepted that he marries my daughter and he retorted that he owes me no explanation. I told him it’s customary that visit for Ọmụgwọ (traditional after birth care).

He warned that he doesn’t want to see me in his home. I called Osinachi, told her, and she pleaded I stay away. Her friends expressed worry that Osinachi doesn’t intimate me about the trouble she experiences in her marriage.

Her neighbors called to warn that we act decisively on Osinachi’s travails. I called her to ask her directly but she wasn’t forthcoming with details. On her second childbirth, she called me to come over, saying she was suffering. She said Peter’s maltreatment of her was becoming unbearable. She said Peter threatened to snuff the life out of her. I called my eldest sister to help pull Osinachi out of that marriage. We went to Abuja and brought her home.

With her three-month baby and her two-year-old kid, she stayed for a year and three months before Peter pleaded for her return. I refused but Osinachi insisted she would go back as there is no splitting a union ordained by God.

The mother said on Osinachi’s return, Peter resumed his assault on the singer who would often insist that he would change.

On whether or not Osinachi had cancer, she added that it was a claim Peter made when her death raised suspicions.

If this is what marriage is, I’d have preferred Osinachi stays single. Peter threatened to kill her, now she’s dead. She became ill in January and February but recovered. They went to labs but found nothing. It was recently he claimed it’s cancer. I last spoke with her on Wednesday and she said she was going for a medical appointment.

Peter was jobless. He lived on my daughter’s wealth. Despite that, he beats and verbally assaults her. But Osinachi insisted he would change. He stopped her brother from visiting her. When she died, Peter didn’t even let me know.