Hushpuppi: Court Adjourns Hearing On Abba Kyari’s Extradition To US Till April 27 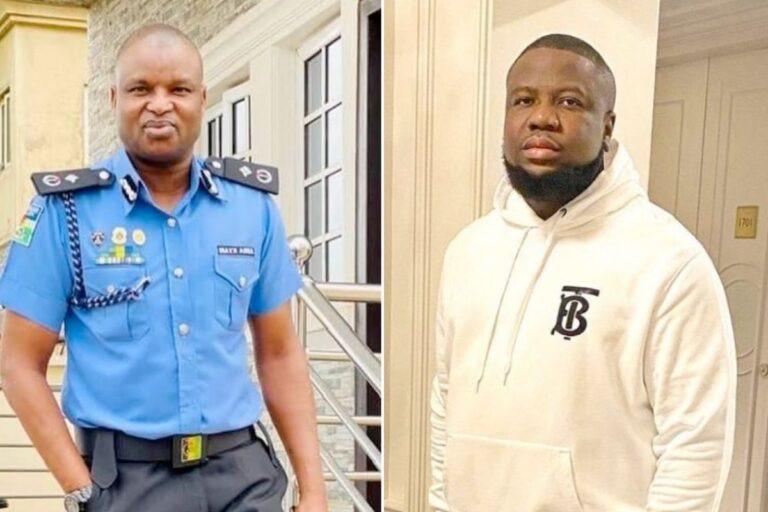 Federal High Court sitting in Abuja has on Wednesday deferred hearing an application seeking to extradite the suspended Deputy Commissioner of Police, Abba Kyari to the US to face trial till April 27.

Kyari is wanted in the U.S. over his alleged involvement with a notorious internet fraudster, Ramon Abbas, popularly known as Hushpuppi.

A grand jury had on April 29, 2021, filed an indictment against him with the approval of the U.S. District Court for the Central District of California, after which a warrant was issued for his arrest.

The application for his extradition was brought before the court by the Attorney-General of the Federation and Minister of Justice, Mr. Abubakar Malami, SAN.

Malami said the extradition application was based on a request by the Diplomatic Representative of the U.S. Embassy in Abuja for Kyari to be surrendered for trial.

The AGF, in an affidavit that was filed in support of the extradition application, said he was satisfied that the offence in respect of which Kyari’s surrender was sought, is not political or trivial.

He said he was also satisfied that the request for Kyari to be surrendered, was not made to persecute or punish him on account of his race, religion, nationality or political opinions, but in good faith and the interest of justice.

According to him, Kyari;

if surrendered, will not be prejudiced at his trial and will not be punished, detained or restricted in his personal liberty, by reason of his race, nationality or political opinions”, adding that having regard to all the circumstances in which the alleged offence was committed, it would not be unjust or oppressive, or severe a punishment, to surrender him.

Malami, noted that there was no criminal proceeding pending against Kyari in Nigeria, bordering on the same offence for which he is wanted in the USA.

Meanwhile, when the matter was called up on Wednesday, Kyari’s lawyer, Mr. Nureni Jimoh, SAN, told the court that his client was yet to be served with any of the processes the AGF filed against him.

Nureni said there was no way his client would have been able to respond to the extradition request, since he was not served.

Responding, counsel to the AGF, Mr. Pius Akutah, admitted that the Respondent was yet to be served with processes in the application marked: FHC/ABJ/CS/249/2022.

He said the inability of the office of the AGF to serve the Respondent was due to the drug trafficking charge the National Drug Law Enforcement Agency (NDLEA) also entered against Kyari, before the court.

Akutah, argued that he has 14 days within which he could still effect the service in accordance with the law.

While adjourning the case, Justice Inyang Ekwo ordered the Applicant (AGF) to ensure that DCP Kyari was served before the next date.

The court held that upon service of the processes, Kyari, would be at liberty to file his response within 14 days.

It further gave an extra seven days for the parties to perfect the filing processes.

Kyari, who hitherto headed the Police Intelligence Response Team, IRT, is currently answering to an eight-count charge the NDLEA preferred against him a six others.

It will be recalled that Umeibe and Ezenwanne, who were cited as the 6th and 7th Defendants in the charge, had on March 7, when they were arraigned alongside DCP Kyari, pleaded guilty to the drug trafficking charge against them.

Following an application by the NDLEA, trial Justice Emeka Nwite, slated March 28 to review the facts of the case so as to sentence the two defendants (Umuibe and Ezenwanne), accordingly.