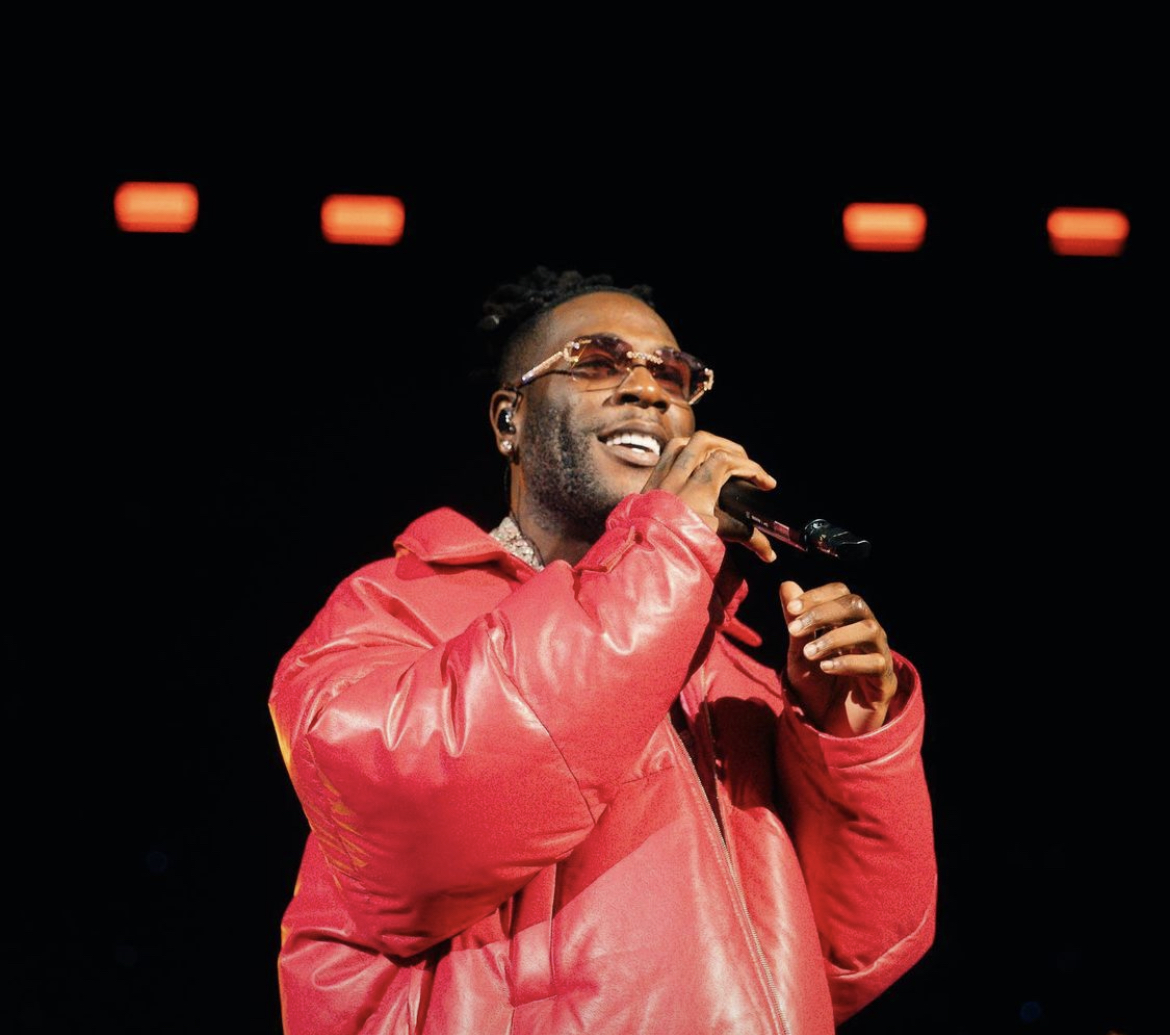 The ‘On the Low’ crooner announced his withdrawal from the festival on his Instagram page on Thursday.

However, in the Instagram post, Burna Boy said he would not make it to the event due to circumstances beyond his control.

I’m extremely gutted that I won’t be at the AfroNation in Puerto Rico, due to circumstances beyond anyone’s control. I will make it up to you all for sure! Love, Damini. 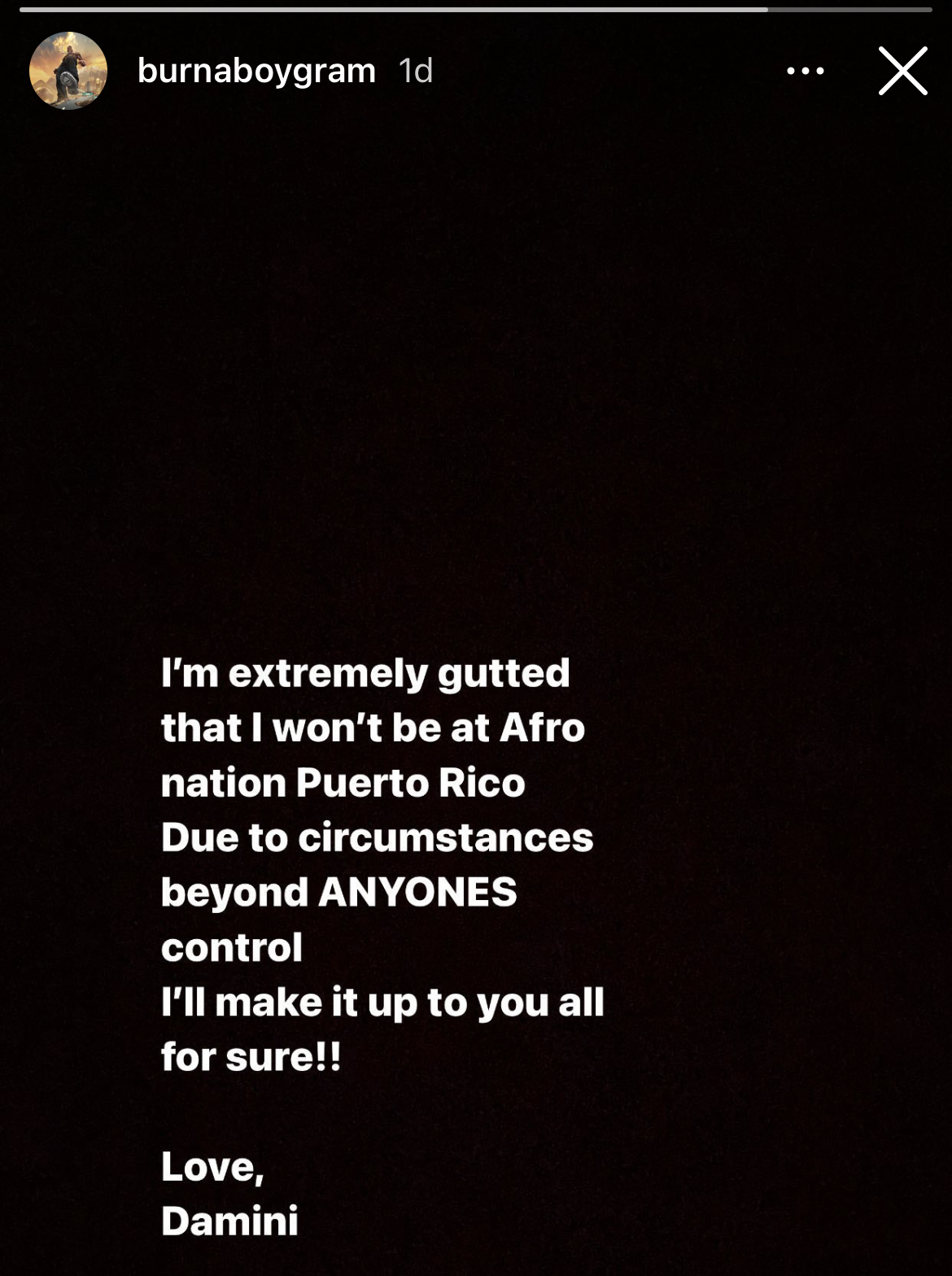 AfroNation Festival is returning after a two-year hiatus in 2020 due to the COVID-19 pandemic.

For this year, the festival will hold in two different countries — Puerto Rico and America.

It is scheduled take place between March 24 and 26 in Balneario de Carolina, Puerto Rico, while the later part is expected to hold between July 1 and 3 in Praia da Rocha beach, America.

The festival will also have performances from a number of Nigerian music heavyweights like Wizkid, Yemi, Wande Coal, Patoranking.

Burna Boy started to gain fame after releasing ‘Like to Party’, the lead single from his debut album ‘L.I.F.E’ (2013).

In 2021, the singer set a record in Nigeria after his album ‘Twice As Tall’ won the ‘Best World Music Album’ category at the Grammys.