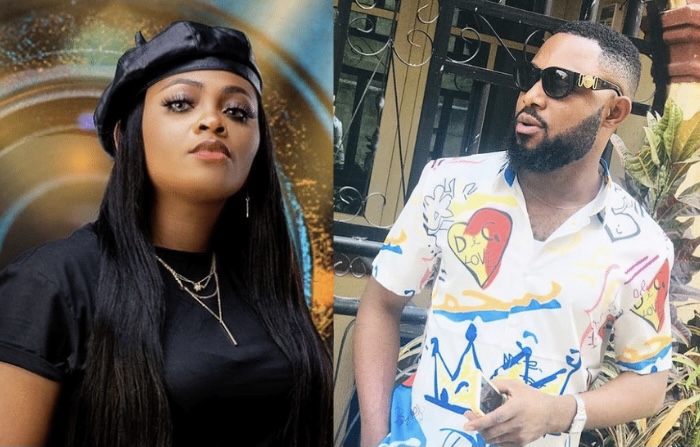 Tega had faced lots of criticism due to her alleged ‘romantic involvement‘ with fellow housemate, Boma, during the reality show which aired in 2021.

In a question and answer session with her fans on Friday, March 25, the mother of one said that she is no longer married to her husband, Ajeboh Lawrence. 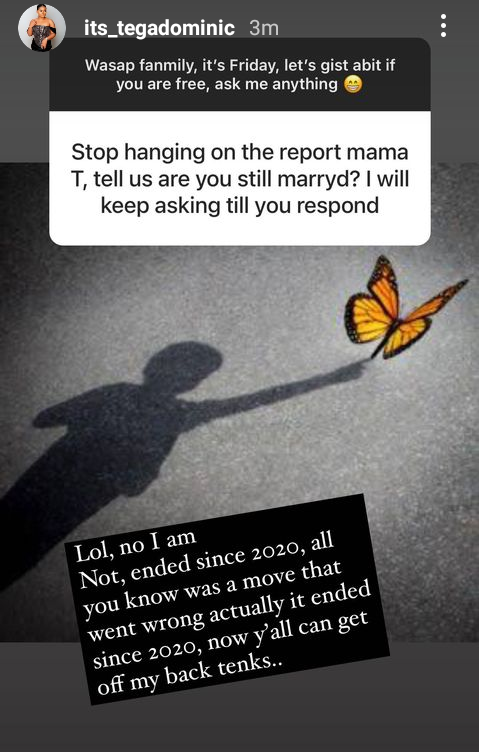 Read Also: BBNaija’s Tega Breaks Down In Tears As She Publicly Apologises To Husband For Cheating On Him With Boma (Video)

Recall that after her eviction, Tega released a video where she apologized to her husband for having an affair with Boma while on the show.

During her stay in Big Brother Naija house, Tega and Boma were sexually intimate, sparking outrage from  viewers who slammed the duo, especially the mother of one for cheating on her husband on live television.

Read Also: BBNaija: ‘I Cheated On My Wife In Our Matrimonial Home’ – Tega’s Husband Reveals

At some point, Tega claimed that her husband permitted to go all the way while on the show but her husband later debunked this.

Following her exit from the show, Tega speaking in a video shared on her Instagram page on September 7 apologised to her husband and fans.