US Believes Putin Could Invade Ukraine Within Days 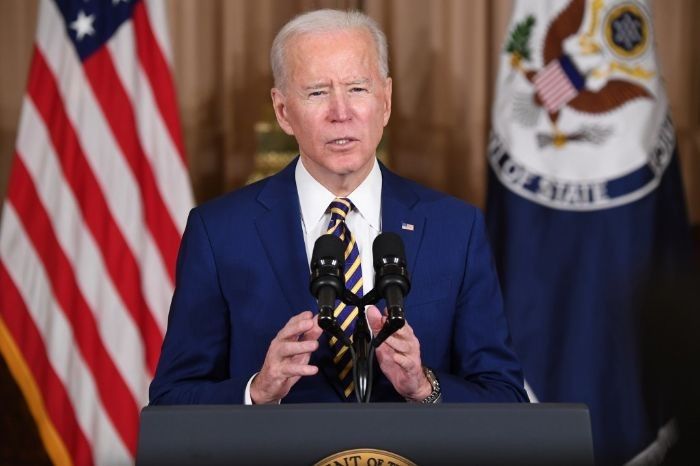 Joe Biden has told other North Atlantic Treaty Organization (NATO) and European Union (EU) leaders that the US believes Vladimir Putin of Russia has decided to carry out an invasion of Ukraine in the next few days, according to diplomatic sources.

US President’s position was revealed a situation room meeting at the White House to discuss the latest intelligence on the Russian military buildup, and on Putin’s thinking.

In the past few months, Russia has gathered as many as 130,000 troops along parts of the Ukrainian border — an act of aggression that could spiral into the largest military conflict on European soil in decades.

The country appears to be making all the preparations for war: moving more military equipment, medical units, even blood, to the front lines

Diplomatic sources said that Joe Biden had told allies leaders in a call that Vladimir Putin had taken a decision to go ahead with an invasion.

However, National Security Adviser Jake Sullivan made this known but denied that the US believes Putin has made up his mind to invade Ukraine specifically next week.

The Winter Olympics in China close on 20 February.

Sullivan further stated that US citizens still in Ukraine should leave in the next two days.

If you stay you are assuming risk with no guarantee that there will be any other opportunity to leave, and there is no prospect of a US military evacuation in the event of a Russian invasion.

If a Russian attack on Ukraine proceeds it is likely to begin with aerial bombing and missile attacks that could obviously kill civilians without regard to their nationality. A subsequent ground invasion would involve the onslaught of a massive force with virtually no notice. Communications to arrange a departure could be severed and commercial transit halted.

No one would be able to count on air or rail or road departures once military action got underway.

In light of the alarming new development, Biden may speak with Putin over the phone. The leaders’ last phone call was in late December.

Western intelligence agencies believe that the most likely goal of a Russian offensive would be to surround Kyiv, capital of Ukraine, and force regime change.

Amid the growing tension, UK foreign office urged British citizens in Ukraine “to leave now via commercial means while they remain available.”

Also, Russian foreign minister, Sergei Lavrov, said non-essential personnel at Russian diplomatic mission to Ukraine have been advised to leave the country “for a while”, according to Tass news agency. Other embassies stepped up evacuations on Friday.

According to Walla News, Israel ordered family members of diplomatic staff out of the country and European Union was reported to be planning to evacuate its own staff.

Why is there a conflict?

Ukraine, which was part of the Russian empire for centuries before becoming a Soviet republic, won independence as the USSR broke up in 1991. It moved to shed its Russian imperial legacy and forge increasingly close ties with the West.

A decision by Russia-leaning Ukrainian President, Viktor Yanukovych to reject an association agreement with the European Union in favour of closer ties with Moscow led to mass protests that saw him removed as leader in 2014.

Russia responded by annexing Ukraine’s Crimean Peninsula and throwing its weight behind a separatist rebellion that broke out in Ukraine’s east.

Ukraine and the West accused Russia of sending its troops and weapons to back the rebels. Moscow denied that, saying the Russians who joined the separatists were volunteers.

According to Kyiv, more than 14,000 people have died in the fighting that devastated Donbas, Ukraine’s eastern industrial heartland.

For its part, Moscow has strongly criticised the US and its NATO allies for providing Ukraine with weapons and holding joint drills, saying that such moves encourage Ukrainian to try to regain the rebel-held areas by force.

Furthermore, Russian President Vladimir Putin has repeatedly said Ukraine’s aspirations to join NATO are a red line, and expressed concern about plans by some NATO members to set up military training centres in Ukraine. This, he has said, would give them a military foothold in the region even without Ukraine joining NATO.

5 Ways To Turn Up The Love This Valentine’s Day