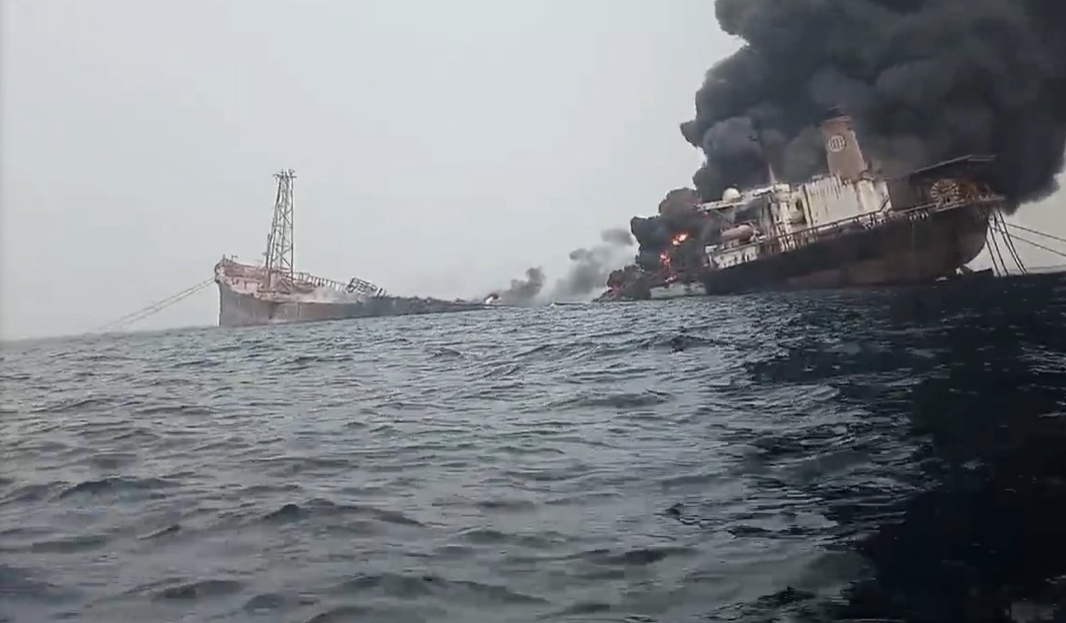 Management of Shebah Exploration & Production Company Ltd (SEPCOL) has announced the rescue of three out of the 10 crew members on board its offshore facility that exploded in Delta State have been found alive.

SEPCOL confirmed the latest development in a statement on Sunday following the fire outbreak that engulfed the Floating Production, Storage and Offloading (FPSO) vessel named Trinity Spirit at Ukpokiti Terminal in the early hours of Wednesday.

We can confirm that three (3) crew members have been found alive in the community and our priority is to ensure that they receive the appropriate medical attention they need.

However, Okafor noted that one dead body was discovered in the vicinity of the FPSO but the identity is yet to be ascertained.

As earlier confirmed, the fire burnt out completely as of Thursday afternoon, 3rd Feb. 2022, thus enabling closer inspection of the vessel. A Joint Investigation Visit (JIV) with the relevant authorities, stakeholders, and expert organisations took place on Saturday, 5th February 2022.

The focus of our joint efforts is to prioritise investigations towards establishing the whereabouts, safety, and security of the 7 crew members still missing, clean up and limit damage to the environment, and establish the cause of the explosion.

We appreciate the assistance provided by the Clean Nigeria Associates, the Chevron team, NOSDRA, NUPRC, SPDC, NIMASA and people in the community, particularly the fishermen, who have been of immense assistance since the incident occurred.

The company urged members of the public to continue to keep away from the area while its Crisis Management Team monitors developments in the investigations and updates all stakeholders with new information accordingly.

10 persons were said to be aboard the ship when it exploded.