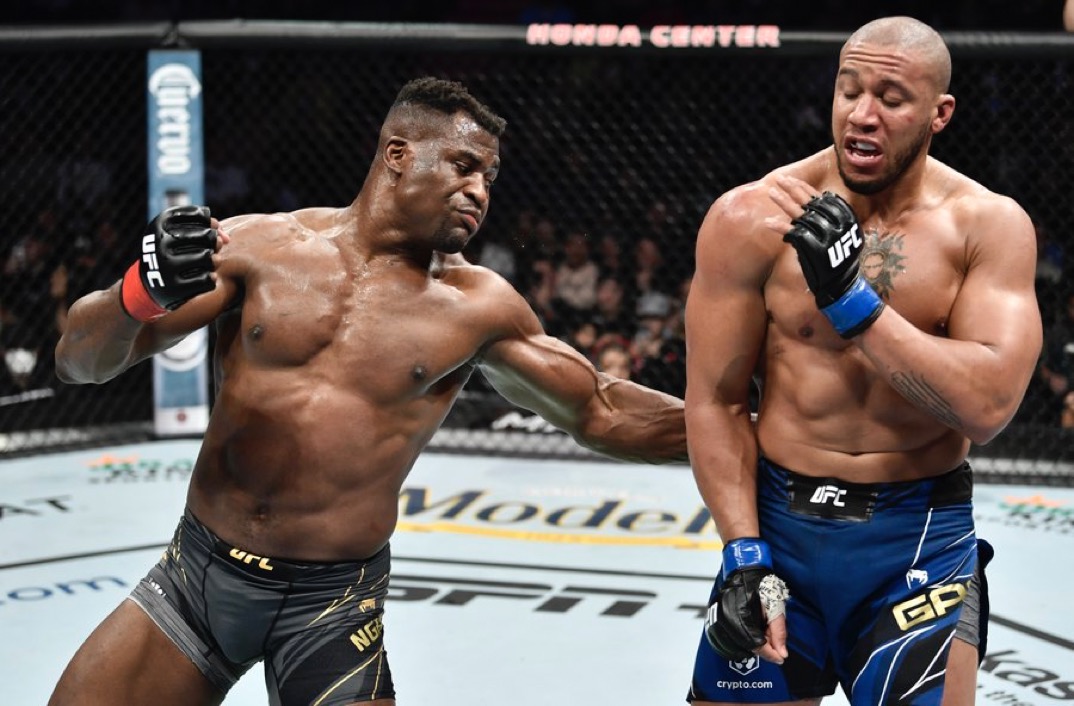 The UFC heavyweight was defending his title for the first time since he knocked out Stipe Miocic 10 months ago.

Gane won the interim title in the meantime by stopping Derek Lewis at UFC 265 last August to record his 10th successive victory in MMA.

AND STILL THE BADDEST MAN ON PLANET EARTH 🏆

The former Paris training partners met in California but their clash failed to ignite as Gane edged the first two rounds before Ngannou wrestled his way back into the fight.

The final five-minute stanza played out on the ground before Ngannou was given the nod by scores of 49-46 and 48-47 twice. 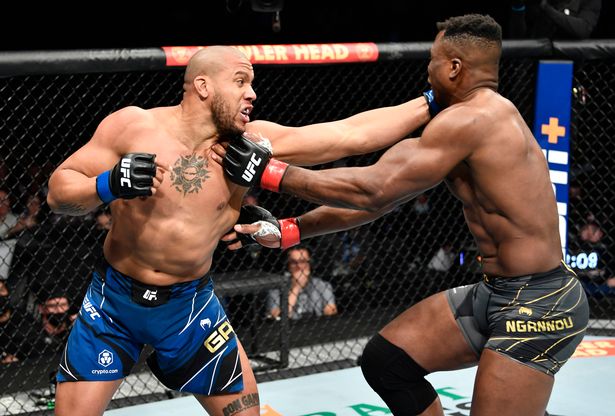 After little action from both fighters in the first two rounds, Ngannou landed a huge bodyslam in the third round and scored a double-leg takedown later in the round.

‘The Predator‘ as Ngannou as known continued to outwrestle Gane in the championship rounds and despite not landing many strikes, he did enough to win get the unanimous decision on all three judges’ scorecards.

Ngannou – who wore sleeves on both knees in the bout – admitted in his post-fight interview that he considered pulling out after tearing his MCL during training.

Now out of contract with the UFC, the win means Ngannou will owe the promotion another fight but will be free to leave in December.

In the co-main event, Deiveson Figueiredo outpointed Brandon Moreno to win back his flyweight title.

Brandon Moreno always believed he would be champion 💯 #UFC270 pic.twitter.com/doMGBDTnck

Moreno was attempting to defending his title for the first time at the event, having won the belt against Figueiredo in their rematch at UFC 263 last June.

It was a tense start to the title fight, with both fighters only starting to exchange combinations as the second round came to a close.

Moreno started to find a home for his left hand in the third round, but he was saved by the bell as Figueiredo dropped him with a right hand and tried to tie-up a choke.

There was little action in the fourth, but Moreno was dropped again in the final round as the rivals traded blows until the finish when all three judges gave Figueiredo the nod by a score of 48-47.

With the scores now at 1-1-1 between the pair, Figueiredo called for a fourth fight with Moreno in his native country of Mexico.

Michel Pereira showed off his signature unorthodox attacks on the way to outpointing UFC debutant, Andre Fialho before the co-main event took place.

Bantamweight prospect Said Nurmagomedov – who hadn’t fought since October 2020 tapped out Cody Stamann with a guillotine choke in just 47-seconds.

‘Nothing Will Bring Me Back To Partisan Politics’, Obasanjo Tells PDP Leaders