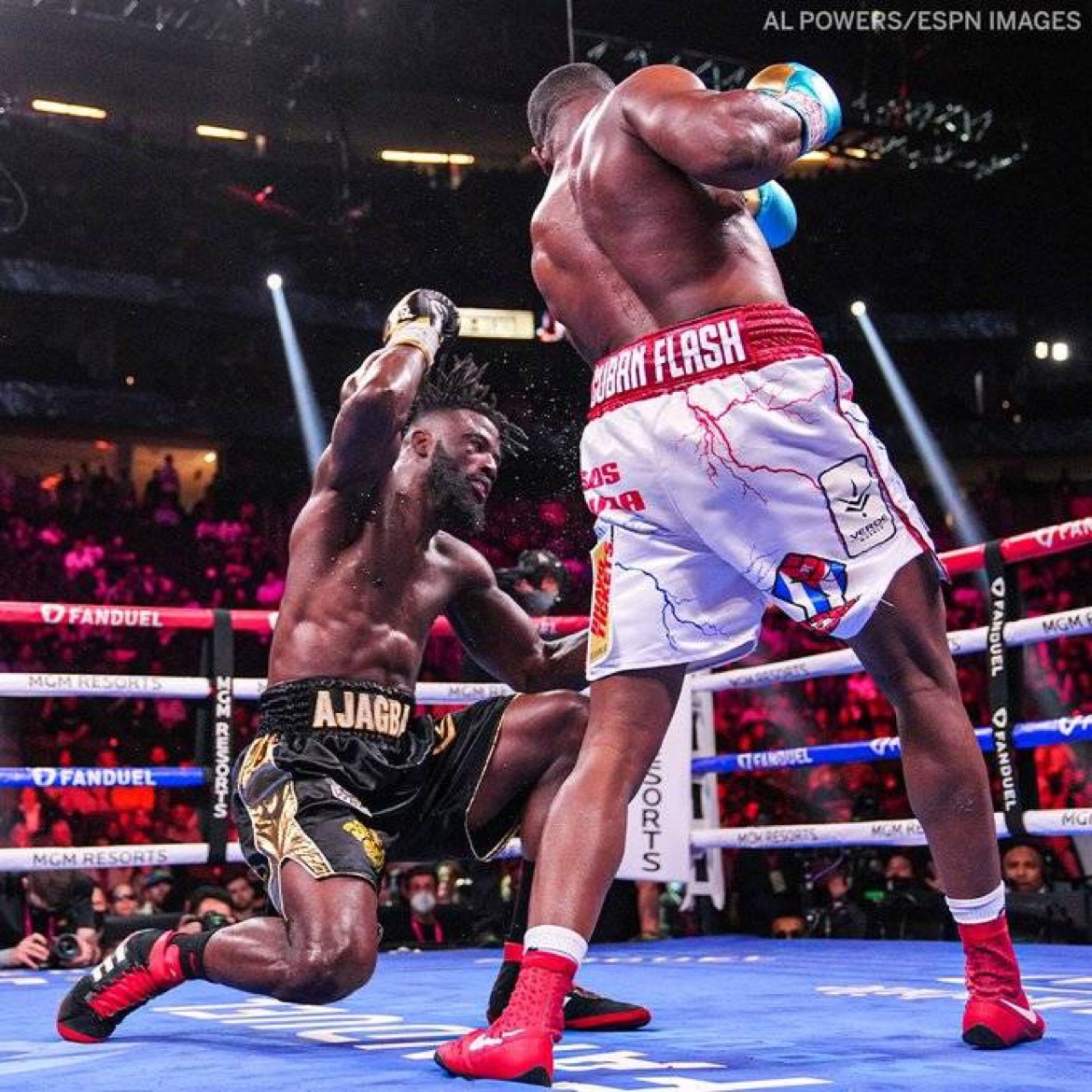 Ajagba lost by unanimous decision of 98-91, 98-91 and 97-92 in an undercard bout with Tyson Fury and Deontay Wilder in the main event that was tagged the ‘Battle of the Undefeated’.

The Nigerian fighter had survived the whole duration of the fight to the 10th round.

The fight was an undercard event ahead of the heavyweight title trilogy showdown between Deontay Wilder and Tyson Fury, which Fury came out victorious.

With the win in the 10-round bout, Sanchez remains undefeated and retains his WBO NABO, and WBC Continental Americas Heavyweight titles.

The 27-year-old Nigerian Olympian could not land a clean right hand punch which he is known for while Sanchez ran riot with steady stiff jabs.

Ajagba tried to get back in the fight in the seventh round by aiming for Sanchez’s body but the Cuban threw a right hand that grazed Ajagba, who slipped to the mat late in the round.

While he had his knee down, Sanchez caught him with a left, however, referee Mike Ortega called time to allow Ajagba time to recover but did not dock a point from Sanchez for the accidental foul.

Despite not landing any impactful jabs, Ajagba got through with a right hand late in the ninth round that bounced Sanchez into the ropes in the final seconds.