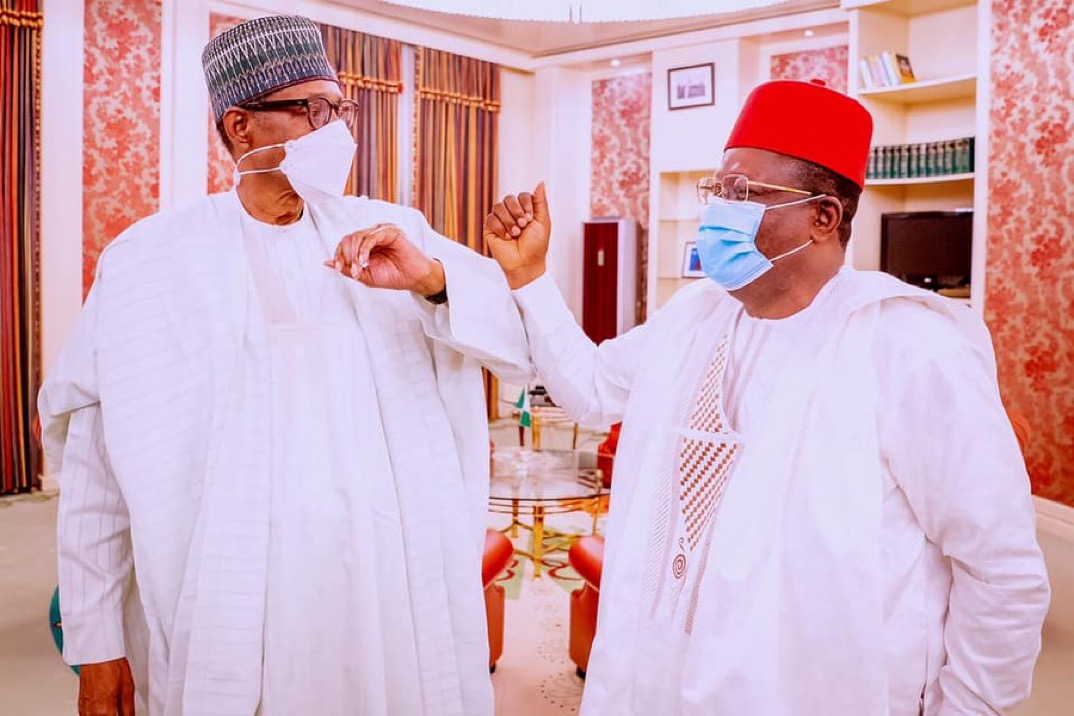 Dave Umahi, governor of Ebonyi state, says he has informed President Muhammadu Buhari of his intention to contest the presidency in the 2023 general election.

The governor disclosed this to state house correspondents on Tuesday after a meeting with Buhari.

Umahi’s visit to Buhari comes hours after Bola Tinubu, a chieftain of the All Progressives Congress (APC), said he had informed the president of his intention to contest the presidency.

Emerging from the President’s office on Tuesday, Umahi confirmed that he discussed the issue with Buhari, who asked him to go and seek the support of the people.

The governor said he is undeterred by Tinubu’s presence, saying that the contest is not about might.

Umahi defected from Peoples Democratic Party to the APC in November 2020.