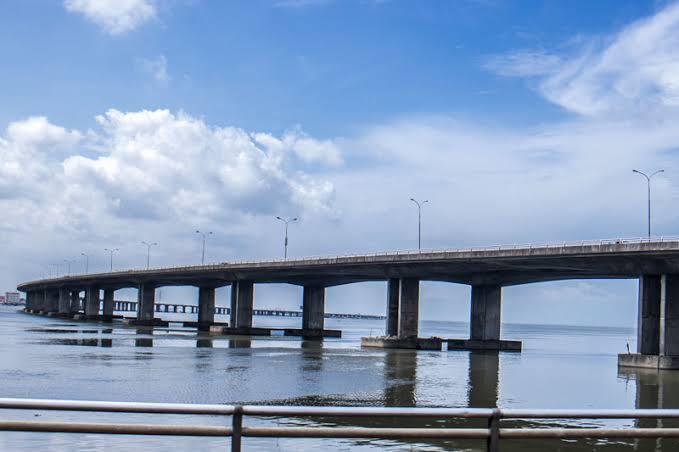 Federal Government has on Tuesday, November 9 dismissed a rumour claiming that Third Mainland Bridge in Lagos state was ‘shaking’ and had ‘opened up’.

On Monday, a post claiming that the bridge had opened up and was shaking appeared on Whatsapp, asking motorists to take alternative routes from the Third Mainland Bridge to avoid “major disaster”. 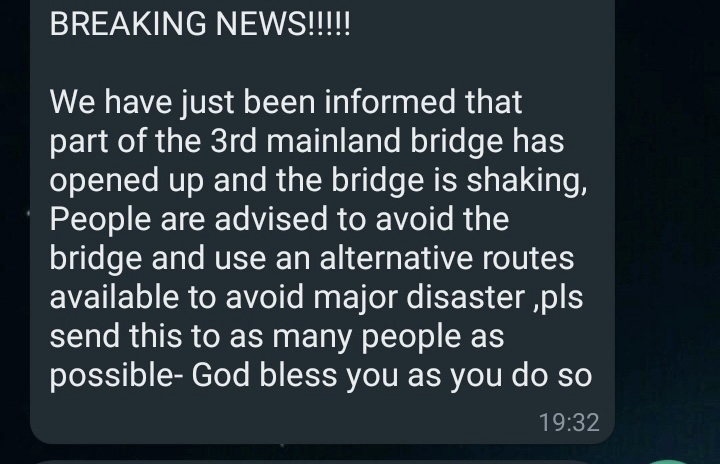 A Twitter user, Valerin Nwadike was among the first persons who tweeted about the alleged shaking of the bridge.

Shared as received. I’m yet to independently verify. Can anyone clarify the veracity or otherwise? pic.twitter.com/tbbaodNctd

Two hours later, he announced that he had personally confirmed that the 3rd longest bridge in the world was safe to use.

On my way back from work some minutes ago i went thru 3rd mainland bridge and it’s all good and smooth as it was in the morning. Kindly disregard the tweets Above.

Also, a video about the purported damaged part of the bridge which was being circulated to support the claim appears to be a 2019 video.

BREAKING NEWS!!!!!We have just been informed that part of the 3rd mainland bridge has opened up and the bridge is shaking,People are advised to avoid the bridge and use an alternative routes available to avoid major disaster ,pls send this to as many people as possible- #RTNow pic.twitter.com/xoq3i3lNyT

Back in 2019, a part of bridge was faulty but it was addressed by the Federal Ministry of Works.

On its part, federal ministry of works through its spokesman, Boade Akinola countered the claim via a statement released on Tuesday November 9.

Akinola expressed that Olukayode Popoola, the federal controller of works in Lagos drove on the bridge without noticing “any shaking” as claimed in the social media messages.

He then asked commuters to ignore the false and unfounded claim as the bridge is safe to use.

The Federal Controller of Works in Lagos, Engineer Olukayode Popoola, has debunked insinuations making the rounds in the social media that the Third Mainland Bridge in Lagos has “opened up” and “shaking” and, therefore, unsafe to traffic saying the claim was both false and unfounded.

Giving an on-the-spot report on the Bridge, the Controller, who said he just drove along the Bridge without noticing any opening or experiencing any shaking as contained in the social media report, advised members of the public, especially commuters, to ignore the insinuations as the Bridge, which is receiving regular attention along with others across the country, is safe for use.

Social media platforms have in time been inundated with rumours of the safety condition of the Third Mainland Bridge.

However, Federal Government had at various point debunked the rumours about the bridge, calling on people to verify information before circulating.

The latest rumour comes few months after Federal Government officially opened the bridge for use after over six months of rehabilitation works.

The 11.8km bridge is the longest of the three bridges connecting Lagos Island to the Mainland.

It starts from Oworonshoki, which is linked to Apapa-Oshodi Expressway and Lagos-Ibadan Expressway, and ends at Adeniji Adele Interchange on Lagos Island.

Wife Steals $600,000 From Husband, Convinces Him He Has Alzheimer’s To Hide Theft