Wife Steals $600,000 From Husband, Convinces Him He Has Alzheimer’s To Hide Theft 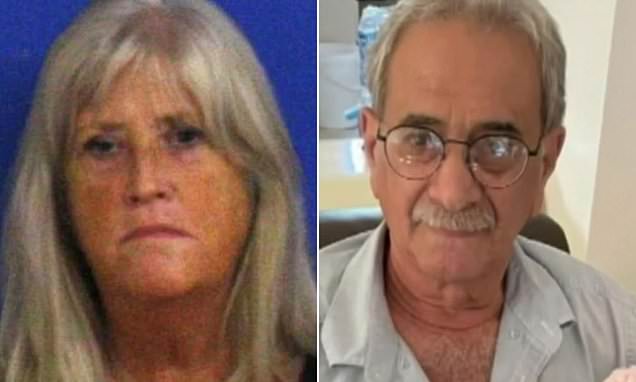 A woman has been accused of stealing over $600,000 (over N336m) from her husband’s bank account over the last 20 years and trying to cover it up by convincing him he had Alzheimer’s disease, authorities said.

Alzheimer’s is a type of dementia that affects memory, thinking and behavior. Symptoms eventually grow severe enough to interfere with daily tasks.

Marino, who deposited the defrauded money to a secret bank account, was able to cover her tracks by convincing her now-73-year-old husband, John, that he had Alzheimer’s.

She told police she often used the stolen money to help other family members with rent, groceries and car payments without John’s consent.

Marino turned herself in to police on October 27 and now faces first-degree larceny and third-degree forgery charges. Her bond was set at $25,000, and she faced a judge in New Haven on October 28.

The victim’s daughter, Elena, said the disease runs in the family, so her father believed her stepmother’s claims.

Apparently, being diagnosed with Alzheimer’s disease was one of John’s greatest fears in his later years.

Even though he had never seen a professional about it, he knew that his mother had suffered from it, and this made it a lot easier for Marino to plant the seed in his head that he too had Alzheimer’s.

Elena said she started to become suspicious of Marino in 2019 — around 10 years after the couple got married — after she found paperwork at her father’s home for credit cards he knew nothing about and noticed that her father’s credit score had dropped by a hundred points.

Police interviewed John, who told them that his wife controlled the household finances and that until his daughter’s discovery, he had been unaware of the theft.

Elena contacted police and said her father no longer wished to pursue charges against Marino.

However in March 2020, two months after John filed for divorce, Elena and her father got back in touch with authorities and said they wanted to reopen the case.

Detectives discovered that several of John’s pension checks had been deposited into the bank account of Marino’s mother, police records showed.

Authorities found that 17 of John’s pension checks — totaling more than $23,000 — had been deposited into the account between September 2017 and February 2019.

Marino admitted in a January interview that she had signed John’s pension checks and deposited them into the bank account for 13 years without his knowledge, according to records. She stole approximately $216,000 in pension funds, investigators estimated.

The woman further said that she “mismanaged” a nearly $28,000 workers’ compensation settlement that had been paid out to her husband in 2012 and that she pawned eight of his silver coins in 2017 without his knowledge, police reports said.

Police in Connecticut were restricted to investigating the fraud allegations within the past five years due to the state’s statute of limitations.

It was unclear how much of the estimated $600,000 stolen from John was taken within the past five years.

John relocated to Florida after filing for divorce, his daughter said. The manipulation he experienced for years, however, has left him in a vulnerable position.

Donna Marino was arrested last week by investigators, but was later released and is due in court again on November 29.