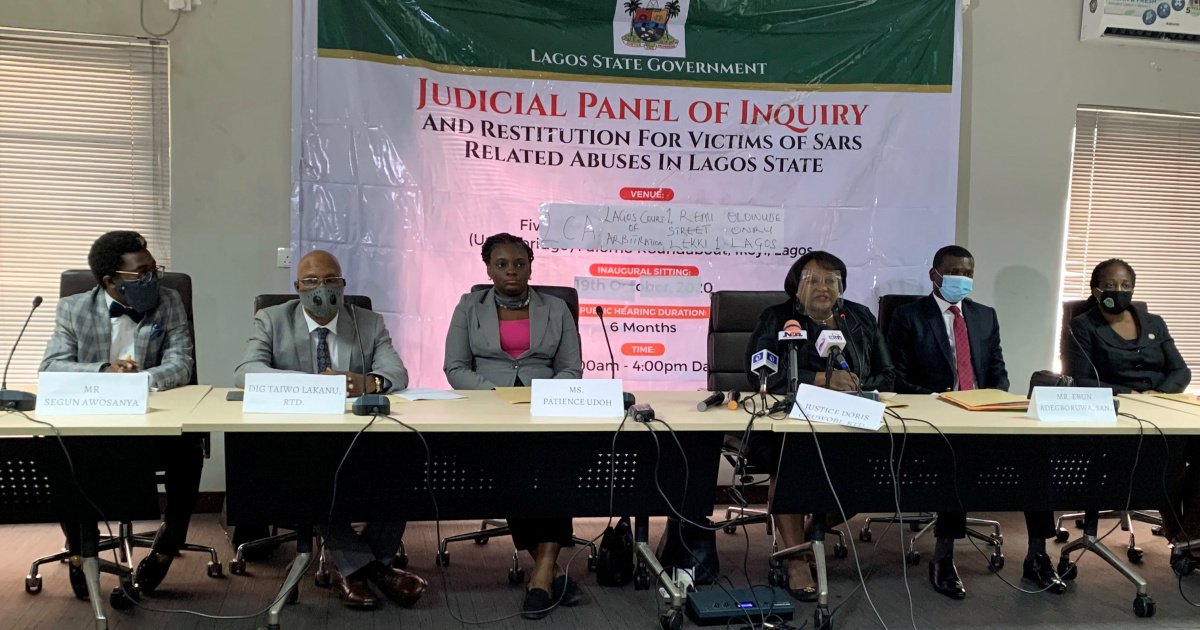 A member of Lagos Judicial Panel of Inquiry on the investigation of Lekki toll gate incident, Ebun-Olu Adegboruwa, has raised alarm over the persecution of panel members since the report of its findings was submitted to the state government.

Mr Adegboruwa, a Senior Advocate of Nigeria, said in his statement on Thursday that members of the panel are being “unfairly persecuted,” and called names.

Since the submission of the EndSARS Panel Report to the Governor of Lagos State on November 15, 2021, members of the panel have become subject of vicious attacks by those suspected to be agents of the government. All manner of allegations have been heaped upon panel members, some of who have been called unprintable names.

Just today, my attention has been drawn to an interview by a Senior Counsel to the Lagos State Government, to the effect that panel members collected bribe in the course of the assignment. It is unfair, ungodly, and least expected of the government and its lawyers.

The lawyer said no member of the panel lobbied to be appointed, as in his own case, the governor “appealed” to him to accept his appointment, which he saw as a call to national service.

The primary reason the governor gave to me then was that he wanted men and women of integrity, independent and not subject to manipulation, to be on the panel.

Recall that the judicial panel, in its report, said at least 46 unarmed protesters were either shot dead, injured with bullets, or assaulted by security forces at the Lekki Tollgate on October 20 last year.

The panel said it found out that nine persons were killed, while 33 others were shot at, wounded, and assaulted on the night of the incident.

Mr Adegboruwa said although the Lagos State government asked for two weeks to enable it release a white paper on the panel’s report, it would seem that the government has “unleashed mindless propaganda upon panel members whilst at the same time asking for restraint from the general public.”

The lawyer urged the Lagos state government to call its agents and lawyers to order so as not to provoke aggravated responses, adding that he has copies of all proceedings and exhibits tendered before the panel in respect of the Lekki tollgate incident.

It is unfair to seek to denigrate peoples’ hard-earned reputation on account only that they accepted to render selfless service at the behest of government. If the government and its agents are not restrained from attacking others, nothing stops us from defending our integrity.

I should not become a victim of unwarranted attack just because I accepted to serve the government and the outcome of that assignment did not favour the expectations of the government. Suffice it to mention that I worked with men and women of unblemished integrity and I’m proud to be associated with them all.

He appealed to the state governor, Babajide Sanwo-Olu, to call all agents of the state to order and to keep to his promise to release a white paper within two weeks, and also send the unedited report of the panel, to the National Economic Council.

The panel’s report had elicited diverse reactions from Nigerians, with many recounting the incident of the night of October 20 last year, at Lekki tollgate.