US To End Travel Ban For Vaccinated Passengers 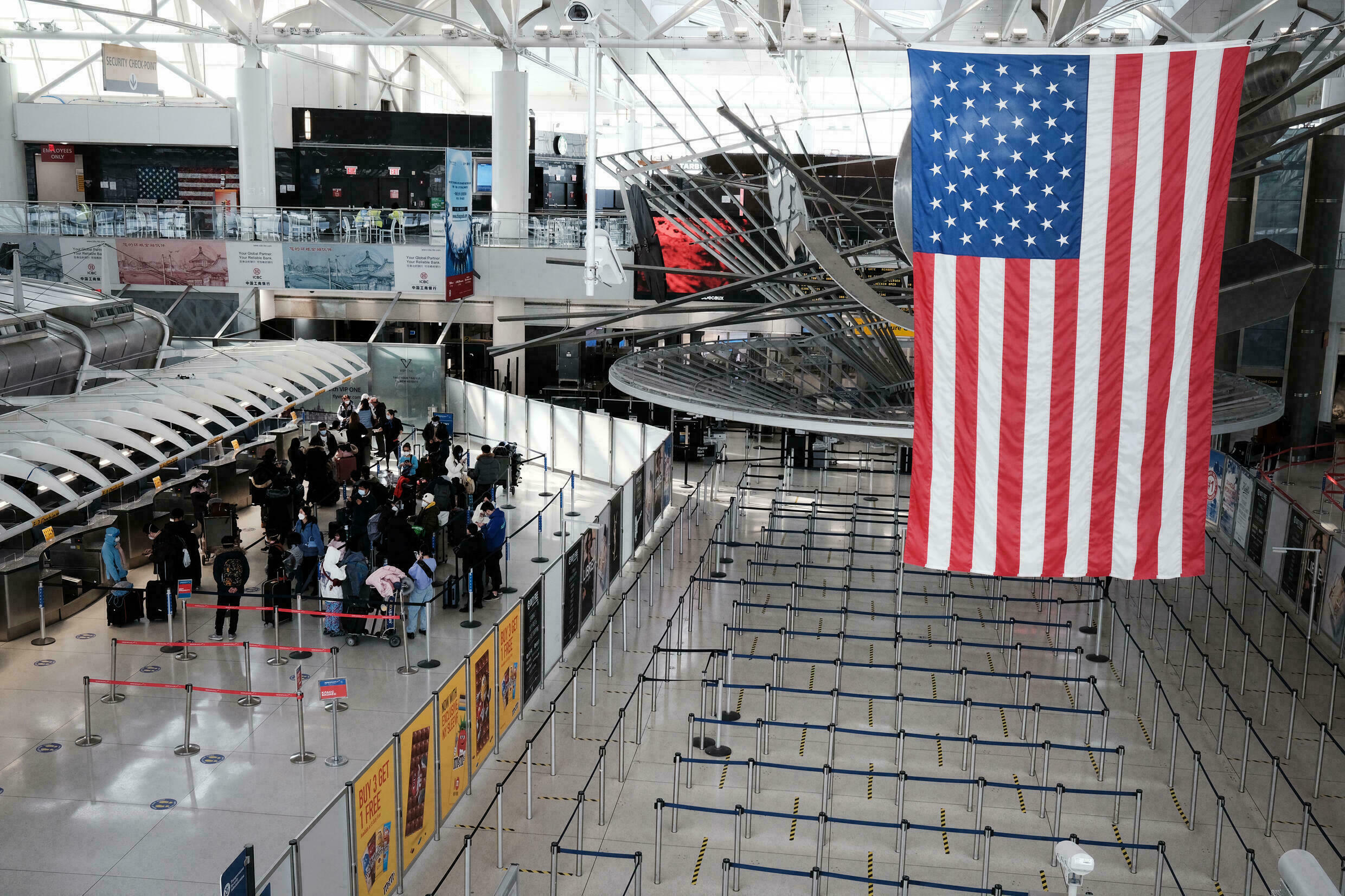 United States announced on Monday it will lift COVID-19 travel bans on all air passengers in November if they are fully vaccinated and undergo testing and contact tracing.

The unprecedented restrictions had kept relatives, friends and business travelers around the world separated for many months as the pandemic grinds on.

The easing of travel restrictions, imposed by former US President Donald Trump 18 months ago as the COVID-19 pandemic first erupted, marks a significant shift by Biden and answers a major demand from European allies at a time of strained diplomatic relations.

Numerous safeguards will remain in place to suppress the spread of the virus, which has already killed more than 670,000 Americans and is resurgent after what many had hoped was a lasting dip earlier this year.

“Most importantly, foreign nationals flying to the US will be required to be fully vaccinated,” Zients said.

It was not immediately clear if the new rule only applied to US-approved vaccines or if other brands, such as those produced in China or Russia, would also qualify. Zients said that would be determined by the US Centers for Disease Control.

Restrictions on vehicle movement from Canada and Mexico will remain in place. “We do not have any updates on the land border policies,” Zients stressed.

Zients added that passengers will need to show they were fully vaccinated before boarding planes bound for the United States, as well as providing proof of a negative Covid-19 test taken within three days.

Americans not fully vaccinated will still be able to enter, but only on testing negative within a day of travel.

Masks will be obligatory on US-bound flights, and airlines will provide the US health authorities with contact tracing information.

Britain and Germany quickly welcomed the lifting of the near-total ban. The German ambassador to the United States called it “great news.”

The announcement was also hailed by airlines, which have taken a huge hit during the pandemic shutdown.

The trade group Airlines For Europe predicted “a much-needed boost to trans-Atlantic traffic & tourism and will reunite families and friends.”

And Doug Parker, CEO of American Airlines, said: “We welcome the Biden administration’s science-based approach to begin lifting the restrictions.”

While it had been widely expected that Biden would reopen borders to the European Union and Britain, the announcement covers the globe.

“This applies to all international travel,” Zients said.

Currently, only US citizens, residents, and foreigners with special visas are allowed to enter the United States from most European countries.

In an interview in Washington with AFP, Thierry Breton, European commissioner for internal market, said he was hopeful the policy will be extended to include AstraZeneca vaccine used by many European nations, which has not been approved by US health authorities.

Breton said he spoke with Zients, who “sounded positive and optimistic.”

The restriction has deeply irked EU and British authorities. On Monday, the European Union recommended that member states reimpose restrictions on American travelers who had earlier been free to enter if vaccinated.

Breton expressed that the restrictions “no longer made any sense.”

Despite Europe’s relatively high vaccination rates, “we are on the same restrictions as China, Iran, and other countries. It makes no sense at all,” he said.

Biden’s move comes on the eve of his speech to the annual UN General Assembly in New York, where the pandemic is due to be the headline issue.

It also comes as Washington and Paris spar bitterly over Australia’s sudden announcement that it will acquire US-built nuclear submarines as part of a new defense alliance, ditching a previous French contract for conventionally powered submarines.

France has recalled its ambassador from Washington and accused the Biden administration of stabbing it in the back.

However, US officials denied that the White House’s travel decision was an attempt to smooth ruffled French feathers.

“This is really driven by the science,” a State Department official said.