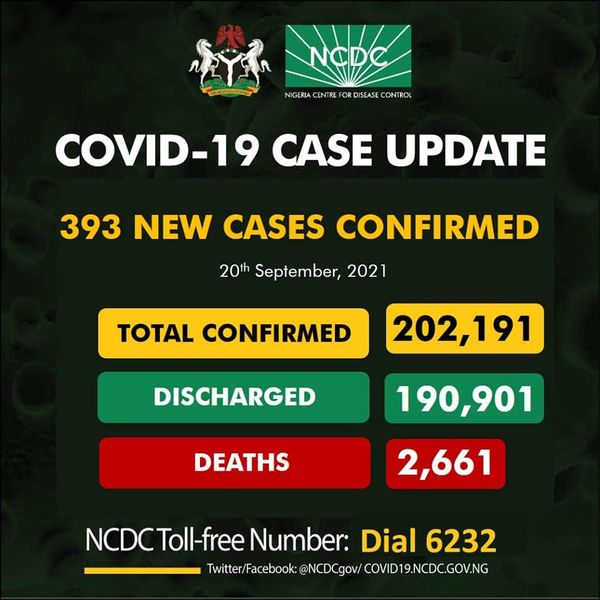 Nigeria has recorded six additional fatalities from the coronavirus pandemic with 393 fresh cases confirmed across 14 states of the federation and the Federal Capital Territory (FCT).

The new development was contained in an update shared on the Facebook page of Nigeria Centre for Disease Control (NCDC) on Monday night, which also revealed that the total infection from the pandemic currently stands at 202,191.

The centre added that the fatality toll has increased to 2,661, while a total of 190,901 Nigerians have been discharged nationwide.

It also noted that Taraba submitted one confirmed case for September 18.

A breakdown of NCDC’s data revealed that the FCT displaced the country’s epicentre, Lagos, on Monday, to rank the first on the log with 121 cases.

Meanwhile, Kano, as the only state from the North-west captured in the statistics on Monday, reported three cases.

US To End Travel Ban For Vaccinated Passengers