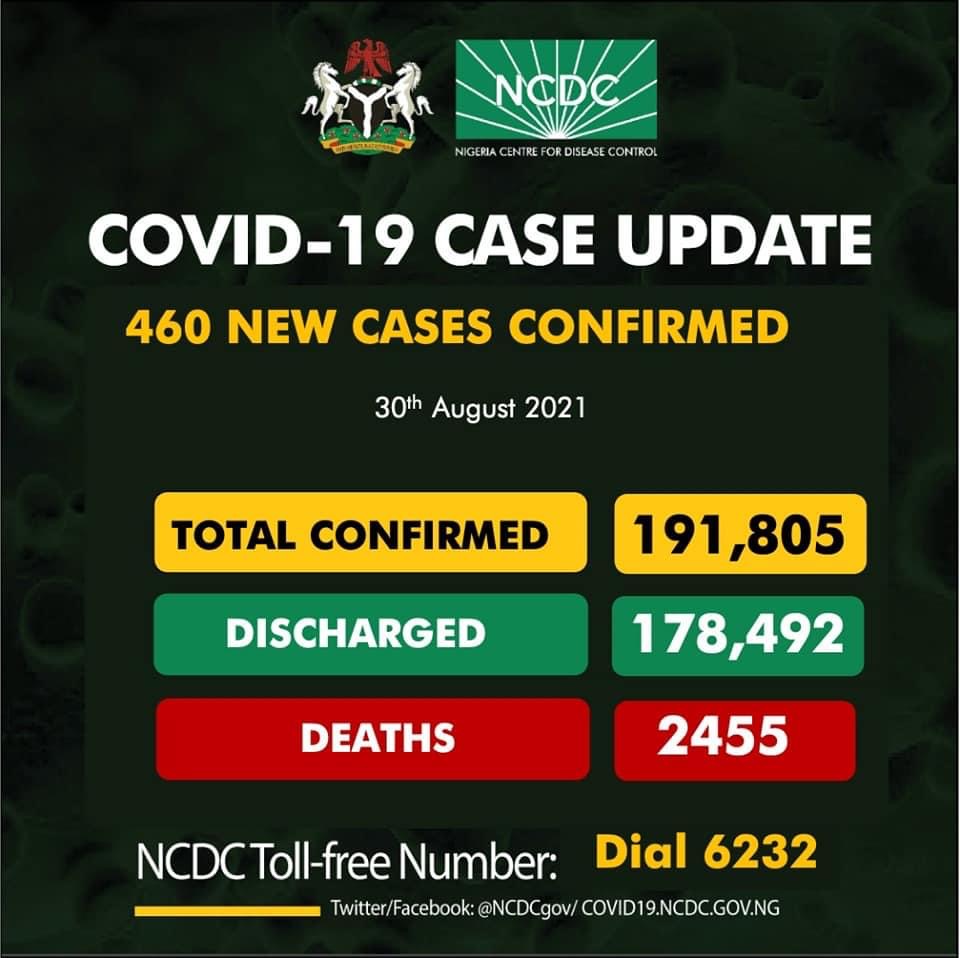 While World Health Organisation said the third wave of the coronavirus pandemic is ‘stabilising’ on the continent of Africa, Nigeria Centre for Disease Control (NCDC) recorded 14 deaths and 626 new infections on Tuesday.

According to the public health agency via its Facebook page, the new figures were recorded across nine states and the Federal Capital Territory.

The new statistics, NCDC noted, has raised the country’s total infections to 192,431 and the fatality toll standing at 2,469.

Speaking on Tuesday in Abuja, FCT, the WHO representative in Nigeria, Walter Mulombo, said though, with almost 248,000 cases reported in the past week, Africa was already gaining control over the third wave.

The trend on the continent was that each new wave struck ‘Africa faster and harder, reaching a higher number of new cases, more rapidly than the previous wave.

NCDC stated that with Nigeria’s total active coronavirus cases of 11,203, Lagos on Tuesday recorded the highest share of the day’s tally with 334 cases.

Rivers State ranks second on the log with 134 cases while Oyo, FCT, Osun and Plateau followed with 60, 41, 20 and 14 cases respectively.

The disease centre noted that a “multi-sectoral national emergency operations centre (EOC), activated at Level 2,” has continued to coordinate the country’s national response activities to halt the drift of the pandemic

NCDC has also consistently campaigned against letting down the guard among the people, noting that the cost of prevention is far lower than the cost of managing the disease.

Afghan Women Can Study At University But Not In Same Room As Men, Taliban Declare