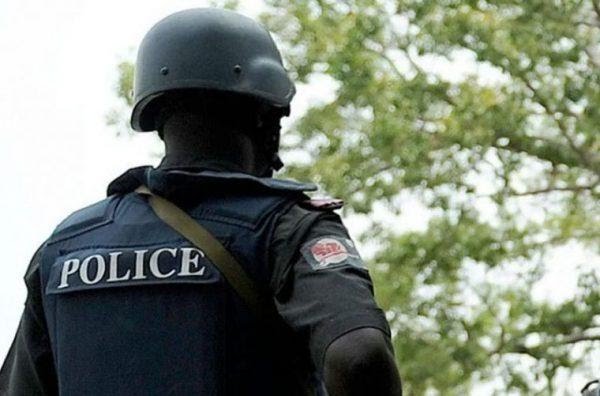 Police command in Ogun State have arrested a 45-year-old man for allegedly raping and impregnating his daughter at Ode-Remo part of the state.

The suspect was arrested last week Thursday following a complaint by the victim that her father was fond of defiling her and later got her pregnant.

In a statement on Monday by Abimbola Oyeyemi, the Ogun police spokesperson, the suspect allegedly raped his daughter several times before she eventually got pregnant.

The suspect, identified as Olaoluwa Jimoh, was arrested on September 16 by police officers attached to Ode-Remo Division.

The randy father, with uncontrollable libido, was arrested following a complaint lodged at Ode Remo divisional headquarters by the victim, who reported that she has been living with her father for the past two years, but sometime in June 2021, her father forcefully had sex with her. She stated further that since then, she has been raped severally by her father, who always threatened to kill her if she dares inform anybody.

The 19-year-old victim, according to the police statement, informed the police that her mother has separated from her father a long time ago, and that she has been living with her mother until about two years ago when the suspect asked her to come and live with him.

She decided to report, not minding the threat of her father, when she discovered that she has gotten pregnant.

Oyeyemi, a Deputy Superintendent of Police, said upon the report, Divisional Police Officer of Ode-Remo division, Fasogbon Olayemi, mobilised detectives to go after the suspect and he was arrested.

On interrogation, the suspect confessed to the commission of the crime but claimed that he was used by the devil.

The statement said the commissioner of police, Edward Awolowo, has directed the immediate transfer of the case to state criminal investigation and intelligence department for further investigation and prosecution.

The police earlier arrested a 25-year-old man, Wasiu Bankole, for raping a 70-year-old woman at Sango Ota area of the state.

The suspect, who claimed to have committed the crime under the influence of alcohol, was arrested by the police and transferred to the State CID for prosecution.

Single Mother Explains Why She ‘Makes Love’ To…